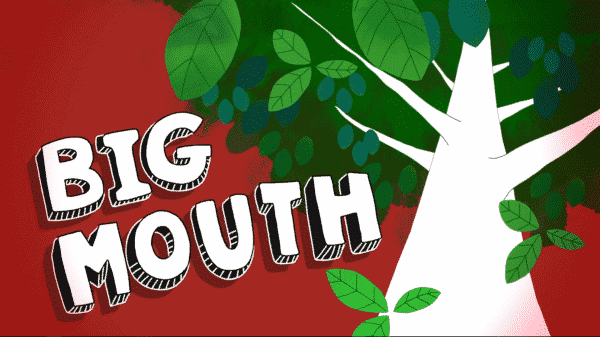 Big Mouth seems like it will be the few Netflix series, this year, to deserve a long lifespan on the network.

Andrew (John Mulaney), Nick (Nick Kroll), and Jessi (Jessi Klein) are middle school kids getting to know the gift of puberty – through the Hormone Monster (Nick Kroll). Someone who is already well acquainted with Andrew and seemingly will be getting nice and cozy with Nick real soon. But, while teenaged hormones are a staple of the pilot, the real focus is the friendship between Andrew and Nick. It isn’t clear how long these two have been friends, but has been long enough, and appears close enough, for people to joke that they are homosexuals.

Leading us on a journey in which there will be a lot of self-discovery. Be it Nick and Jessi seemingly getting together, Andrew learning how to control his penis, and so much more. 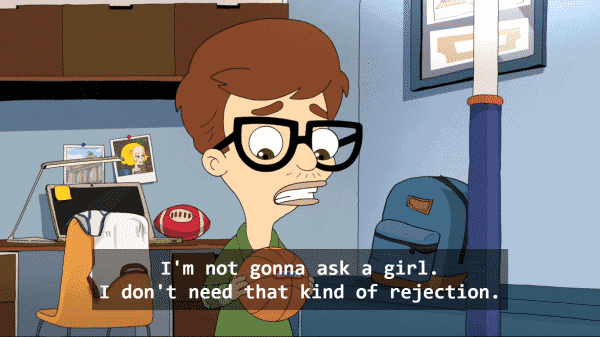 In live action shows, it seems teenagers all are douche bags – of the used variety. Often making it seem, either the creators/ writers had a terrible time growing up and want to share that pain, or else there is this desire to make everyone a potential adversary. On top of that, 9/10 our lead, or leads, grow to become more and more annoying as time goes on because you see them become everything they hate, hit rock bottom, and then learn from their mistakes.

Now, when it comes to Big Mouth, I won’t say this won’t happen. However, I think the goal with this show is to exhibit just enough eccentricities to create interesting, but still, realistic people, paired with the awkwardness of the teenage years. To give an example, one key awkward moment is when Nick sees Andrew’s penis and how that affects their relationship. After all, Nick isn’t as big, or hairy, and this causes some insecurities. Of which we’ll go into more below.

Just The Right Amount of Weird Though the amount of penises we see may make some uncomfortable, for the most part, this show has just the right amount of weird. For between the Hormone Monster and the Ghost of Duke Ellington (Jordan Peele), how open about sex Nick’s parents are, and the everyday lives of Nick and Andrew, there is a balance. For every weird story Duke Ellington tells, there is a conversation, or memory, about how to kiss a girl. Alongside that, for every odd homosexual reference, there is likely gay Matthew (Andrew Rannells) sort of being stereotypical yet probably acting like someone you know. 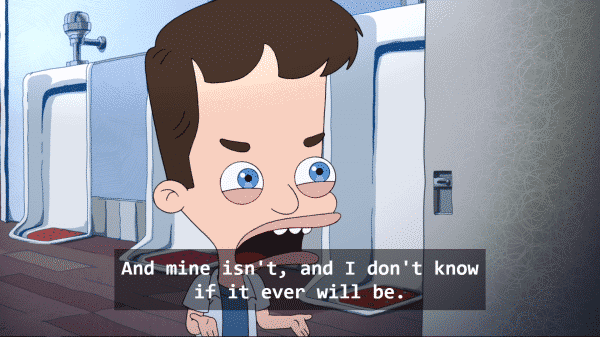 Perhaps the thing I love most about Big Mouth is that feelings are expressed between guys, including insecurity and vulnerability. Such as, again, Nick feeling maybe his penis is small due to seeing Andrew. That, on top of seeing Andrew’s penis and now imagining penises everywhere, seems like a real fear. After all, they are somewhere around 13 and knowing whether you’re gay or not isn’t always something you just know when you’re a little kid. Sometimes it springs up on you and dealing with it can be difficult. Especially for Nick since it would be his best friend.

Though, with him seemingly into Jessi, that may not be an issue. However, him talking it out with Andrew and not letting that problem fester, seemed so important. For it pushes the idea for the many underage viewers sure to watch this, that noting something you’re insecure about, with a best friend, isn’t wrong. In fact, it is a sign of how close you are with them.

Big Mouth is funny, weird, yet rooted in a believable reality. One which may make you just a bit uncomfortable at times, but these kids are entering their teen years and experiencing puberty! What won’t be uncomfortable and awkward?

Leading to why I’m labeling this as positive. Big Mouth doesn’t seem to talk down to its audience, intended or not, or even create some dramatized version of being a teenager. It wants you to relate to Nick and Andrew, as well as Jessi or Missy (Jenny Slate), rather than judge them for their otherness. Which is a welcome change from adults writing teenagers as completely self-absorbed jerks who need to seriously be knocked onto their behinds.