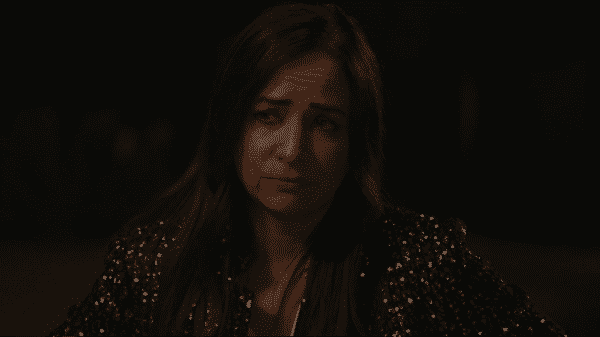 Pray for Sam everybody. For between Xander’s dad Arnold and Frankie, she may actually lose her mind – if she didn’t already lose it. 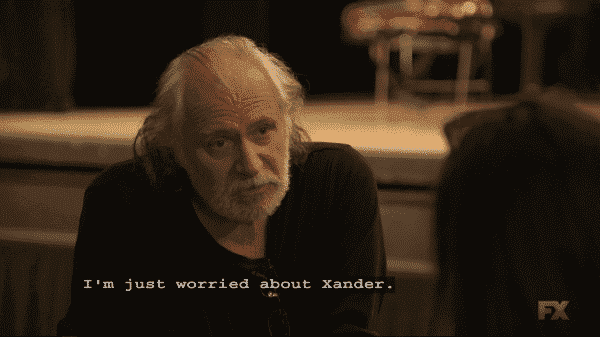 Xander’s father, a seemingly accomplished conductor, comes to town and seemingly, like his son, has a very odd concept of family. For one, he thinks his granddaughters, from Max to Duke will be at his beck and call, ready to give him a grand moment with flowers after his performance, but no. For a rehearsal even, only Frankie and Duke show up. Something which is a bit disappointing for him.

But the one who really should be disappointed is Sam. As usual, despite being given no real reason to, and trying to be nice by bringing his granddaughters, that I bet he hardly talks to, to him, Arnold decides to be kind of an ass to Sam. How? Well, he tries to guilt Sam for no longer having to pay spousal support soon. Which, as you can imagine, baffles Sam because Xander is a grown ass man.

However, with Arnold bringing up Xander to think he either needs to get a skill or a woman to provide for him, and him picking the latter, now he thinks Xander is Sam’s problem? Especially since he cut him off at 18? I don’t curse hardly on this site but What the ****?

It gets odder from there though when an acquaintance of Sam pushes the idea she will take Xander in. In fact, she’ll put him in the garage and take care of him until he is dead. A frightening and haunting thought.

You Made Me Wear A Dress: Frankie, Sam

With Frankie being forced to wear a dress for Sunny’s son’s bar mitzvah, naturally, she is antagonistic. As seen in the preview [External], she talks about Sam developing a bald spot, how she is getting old and won’t have a career soon, and a lot of childish yet cutting things. However, Sam is not the type to take this tongue lashing without a comeback. Between just pushing a plate of food on Frankie’s lap to later pouring water on the back of her dress, as she talks to some boy, she gets her comeuppance.

In return? Frankie locks Sam out of the house.

Weird Enough Situations To Be A Sitcom, Yet Rooted In Reality

What I’ll always love about Better Things is it can have comedic moments like Frankie and Sam go at each other verbally, or with Sam ruining Frankie’s dress and trying to embarrass her, and there is a normalcy to it. While a comedy, it truly comes off like a slice of life kind of show and even when people like Arnold come around, they don’t come off as guest stars. They so naturally pop up, usually annoy the hell out of Sam, and disappear, that they really do seem like people Sam has been dealing with for longer than she’d care to recount.

Also, as up and down as her relationship with Frankie is, like with Max, you can see despite the back and forth antics, forgiveness can come quickly. For at the end of the day, they are all each other has. So yeah, peace may be more so a ceasefire at times in the household, but as shown in “Eulogy,” no matter what is said or done, the kids love their mom and Sam loves them. No matter how unconventional that love is sometimes shown.