Wherever I Look
Recaps, Reviews, and So Much More
Home Movies Thor: Ragnarok – Recap/ Review (with Spoilers)
Movies

The only thing which separates Thor: Ragnarok from the other films building towards the Infinity Wars is it actually has a good villain – that’s it.

After defeating Surtur, Thor returns home to Asgard and learns his father Odin has been disposed of. To make matters worse, not too long after forcing Loki to help him find their father does he decide to die. Thus giving rise to Hela. She is the goddess of death and back when Odin was a warlord, his first child was also his executioner. Yet, when she seemingly became too much for him she was sealed away until now.

So, with her out, and seeing herself as the rightful queen, she wishes to continue her conquest. Something Thor and Loki find themselves unable to stop solely due to Hela whooping their behinds on as they were traveling from Odin’s death place, Norway, back to Asgard. Hence how they discover Valkyrie, the Grand Master, as well as Hulk/ Bruce Banner. Of which, Valkyrie and Hulk they’ll need if they wish to not only save Asgard but also prevent Ragnarok. A task too big for one, even two, and even if they all come together, can they really defeat the goddess of death? 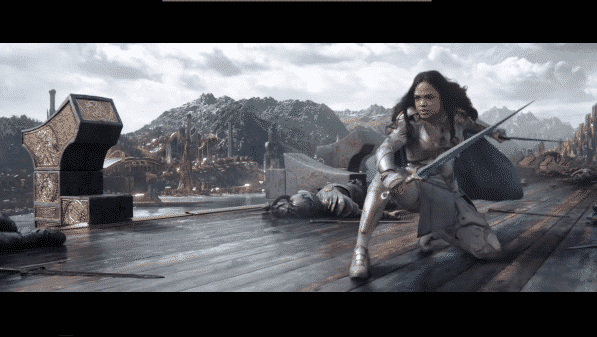 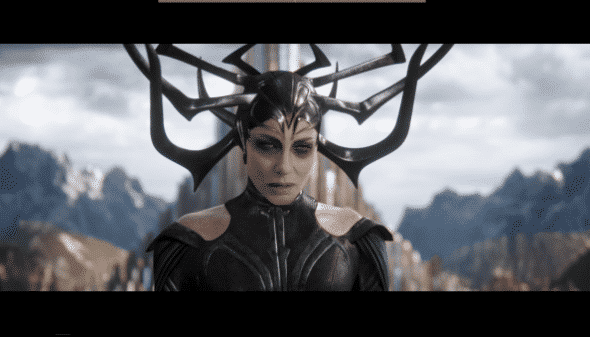 These two ladies are essentially what save the film. Tessa Thompson, using what is commonly known as Black Girl Magic, brings about a joy which helps alleviate the almost jaded vibe we get out of Hiddleston, Ruffalo, and even Hemsworth to a point. For they really do bring about this vibe that they are getting sick of constantly saving the world, dealing with Loki’s betrayals, and having to deal with Hulk only wanting to smash things. So believe me when I say that with Valkyrie not having the boys shared experiences, it is like being given a taste of what being in this universe was like for the men half a decade ago.

But, while Tessa is but a bit of fresh air, Blanchett is like someone kicked the door open, thrusted all the windows up and brought along a gust that blew away all the dust from the Marvel universe. Not just because she is the first real female villain to be in the franchise. Nope, it is because she was the first one which was not only compelling but presented a true threat. The kind in which, like Loki, you are left hoping she would be given the opportunity to threaten the world and another chance to attempt her goal.

While Hela breaks a sort of curse, if not mold, for Marvel villains, sans Loki to a point, who are forgettable like pennies on the ground, sadly she isn’t given the greatest of send-offs. But, while she benefits from not being beaten by a long-term, or potentially long-term, character, it still was a shoddy ending. One undeserving from one of the few Marvel villains who remained consistently good from beginning to her end. As well as being one of the first, if not the first, female Marvel villains in the cinematic universe.

With the goal of Marvel being building up this huge universe, and there being two to three movies a year featuring their characters, so they never truly leave our minds, it is hard to not feel like nothing is new. The jokes, even with so many different directors and writers, have all become so familiar they are like “Dad jokes” at this point. Then, when it comes to presenting some form of heart, like when Odin decided to pass on, it doesn’t give you this solemn feeling. All it leaves you with is the idea there was nothing left to do with Anthony Hopkins so they gave him a quick send off so they could move on. That, alongside give reason for Hela to appear. 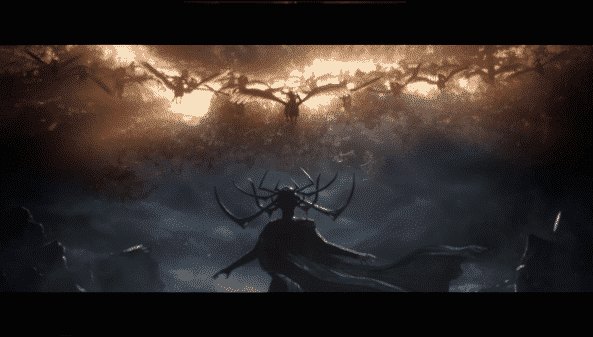 The Marvel Cinematic Universe has hit old age officially. Most of the franchises are on their second or third movie and with some characters entering their 4th, 5th, or beyond, film in which they are featured, their appearances have become uneventful. We know their shtick, we have gotten used to their jokes, and with the Marvel formula only about swapping out characters and locations, while anyone may not be able to write a Marvel movie, damn near anyone could guess what is going to happen after seeing a single trailer.

Hence the mixed label. For while you will still be entertained, and barely notice the two hour time length, after it is over you are more so left feeling like you keep seeing these films out of loyalty or habit, more so than excitement. Much less because you are hyped about the impending for years Infinity War and the battle with Thanos. Which, if it wasn’t for end credit scenes and the occasional reminder about the stones or other things Thanos has sought out, you’d forget that was the ultimate end game.