Anne With An E: Season 2/ Episode 9 “What We Have Been Makes Us What We Are” – Recap/ Review (with Spoilers) 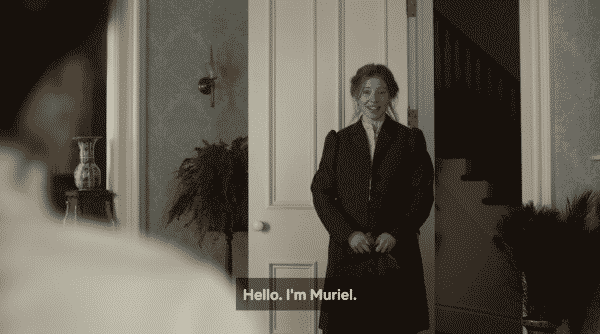 In the new teacher, we see what could be Anne’s future. Including still not fitting in, being a bit of a trailblazer, and her best intentions making things a bit worse.

Thanks to the progressive mothers, a widowed young woman, Muriel Stacy, replaces Mr. Phillips. Something which is quite interesting, exciting for many of the children, but especially Anne and Gilbert. For Gilbert, it is because she seems invested in his studies and talks about him maybe being off to med school in a year. As for Anne? Well, it is because Ms. Stacy seems like a more mature version of Anne.

Which leads to her saying and doing far too much to win her over, even at the cost of her peers. An issue which gets Anne reprimanded, and later puts Ms. Stacy’s job in jeopardy.

One of the benefits of not reading the source material, or seeing the original series, is I don’t really know what will happen unless someone like Benjamin or someone else tells me. So with that, upon seeing Ms. Stacy, I thought we were doing a flashforward of Anne’s life. The woman she is to become either in a dream or reality. Really helping you to understand why she wanted, so badly, for Ms. Stacy to like her. Add in she is an orphan and you never know, there could be that factor as well.

But, as gone into in the third topic, I must admit there was a need to question a few things. Such as, how did her husband die exactly? Also, the house she lived in, was that given to the school teacher or did she buy one on her own? Is she fresh from college or had a job previously? Sadly, most of this is not mentioned and considering what happens, I don’t think we may know.

Being that Ms. Stacy has given Gilbert hope he can expedite his studies, and he doesn’t necessarily love Avonlea that much, Sebastian is an afterthought. Which sucks for him because it was agreed in two years Gilbert would be on his way. Once Sebastian got some footing. However, now Sebastian is left with Gilbert acting as if, despite being colored, people will help and all he has to do is reach out. So, with Gilbert on the path to leaving him hanging, Sebastian heads to the bog to talk to Mary. Maybe see if she can give advice.

Of which, the options she puts out there include talking to Gilbert and, if he wants the struggle, he can work in the Bog. The idea of also buying land is brought up, by Sebastian, and Mary tries to handle his naivete the best she can. Though, in a way, it seems she might admire it. For she does find herself quite taken by Sebastian. To the point of inviting him for supper and maybe in the early stages of falling in love.

You really got to feel for Sebastian but also kind of see him as foolish. On one hand, he trusted in this kid that he’d commit to two years of showing him the ropes and then letting him handle things. Yet, there are a few keywords there, particularly “he trusted in this kid.” A kid who talked about never going home, who spoke about how he didn’t like it in Avonlea yet you still hitched your wagon to his? Never mind, considering Sebastian is no fool, surely he knew how isolated the place was and they would likely be prejudice right? What made him think this boy, who damn near on a whim got into and left working on a boat, wouldn’t change his mind?

With that said, I hope this Mary and Sebastian thing keeps going on a steady and positive course. I could really see Gilbert leaving and while, maybe, The Cuthberts might provide some advice, Mary will possibly be a greater asset. Be it by helping him find work in the Bog or else helping him find people from the Bog willing to work a farm and experience the fresh air out there. Even though, sooner or later, you know between Rachel and others, there will be problems.

As has been shown many times, Rachel is stubborn, pig-headed, and likes to beat a dead horse. So, with her not liking Ms. Stacy not being traditional, never mind a woman, she is just fixin’ for a reason to get rid of her. It begins by trying to use Marilla, and I do mean use Marilla, to try to maybe push Ms. Stacy to feel unwelcome enough to either change or leave – that fails. Following that, upon marching into the schoolhouse with the rest of the school board, she has Ms. Stacy do more traditional, boring as hell, lessons. Even though Marilla, who witnessed one of Ms. Stacy’s lessons, thinks her methods are quite appealing. But then comes the nail in the coffin.

However, we got to step back before we touch on that. Thanks to Anne’s fox, who we have seen throughout the season, Billy and other people are trying to capture it – which is terrifying to Anne since anything which reminds her of herself she protects fiercely. However, as shown, while Anne always has good intentions, the results don’t always lead to what she desired.

Take for instance trying to get Cole back to school. The idea seemed to be that Ms. Stacy could help but with her talking to Cole’s mom, she learns he has been skipping school to make sculptures. Which leads to the possibility he may never get to leave the farm again. For it seems him going to school was not beneficial for the family, but they wanted him to have an education. You know, like many of the parents we’ve met, they wanted better for their child than what they have. Yet, with learning the truth, Cole has to run since he does not want to be trapped.

Leading to how Billy plays into all this. Billy discovers Anne’s sanctum and destroys it. Which, after Billy goes off on Anne about telling he was skipping, and seeing the destruction, a scarf lets him know who did what and so he goes rushing off to school. This leads to a tussle, which strangely doesn’t include punching, but does include rolling around and Billy’s ear eventually heating the heater. Something that, after a previous incident including broken glass, maybe the final straw for some parents.

I know it is terrible to wish harm on children, fictional or otherwise, but considering the times well, Billy is damn near an adult. So I wish Cole “accidentally” did worse. Because, what reason did this little bastard have to not only shoot up all of Cole’s sculptures but wreck Anne’s sanctum? And I know the blame should be shared with his friends but I barely know their names and they are just dumb little followers.

But what makes this all even the more unfortunate is because Ms. Stacy is likely to be out because of this. For even if Marilla now has gained some kind of voice, she doesn’t have any sort of network. She decided against joining the mothers, she and Matthew don’t do too much with others, so even if she sat in on a lesson it may not change anything. Heck, even Gilbert, a landowner who technically could have some clout, saying anything won’t perhaps mean much.

Which honestly does suck because Ms. Stacy seems like a really interesting character. On top of her seeming like an adult version of Anne, as noted, she also gives us a sense of what it meant to be liberated, in a way, as a woman at the time. For while we have the Rachels and Josephine’s, Ms. Stacy is no longer married nor rich. So what it was like for, what I guess would be middle class, would have been interesting. However, the chances of her talking herself out of the bastard being injured are slim. Especially since she wasn’t in the room at the time.