Wherever I Look
Recaps, Reviews, and So Much More
Home Anime HoriMiya: Season 1/ Episode 12 “Hitherto, and Forevermore” – Recap/ Review (with Spoilers)
Anime

As the holidays come around, it pushes many to take their relationships a bit more seriously, especially with some graduating soon. Hence hard conversations come about.

Closer But Not There Yet – Toru, Yuki, Yashiro

While Toru can admit to his friends he likes Yuki and wants to make their relationship real, he isn’t just yet able to do so with her. Rather, he wants to keep things as they are. However, going by what his housekeeper, Yashiro, says, it seems he is hyping himself up to eventually confess. It’s just a question of when? 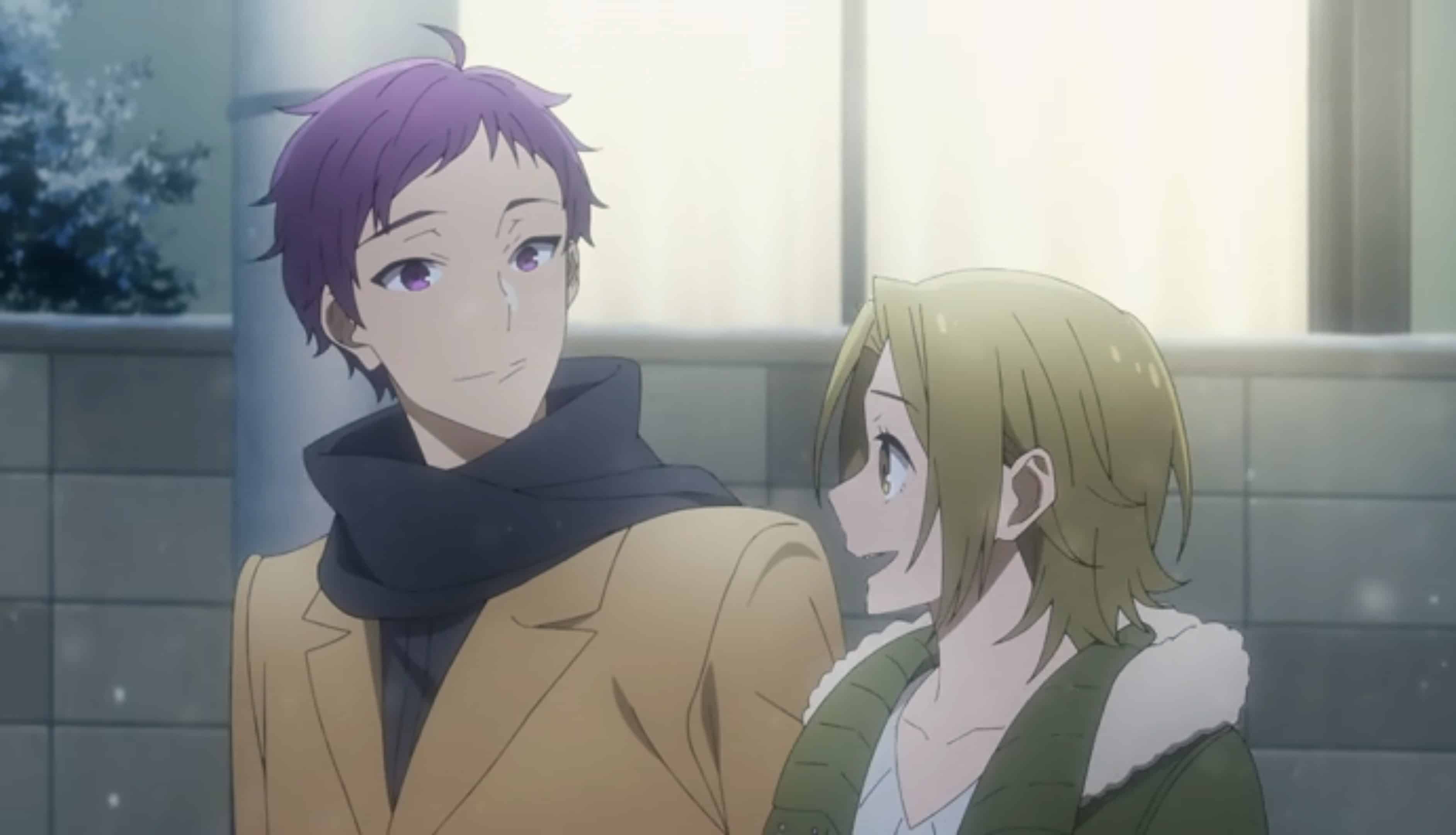 Toru and Yuki hanging out on Christmas

This Is A Lot To Ask For – Sengoku,  Remi

We get to catch up with Sengoku and Remi, in terms of their relationship, and we learn that Sengoku doesn’t like going over to Remi’s house because her dad collects bugs. This makes the prospect of going over there for Christmas not really his thing but with everyone gets on him about it. Why? Well, because Remi cries.

Thus he finds himself pushed to go despite deep-seated fears of bugs.

What Does The Future Hold? – Izumi, Kyoko

At this point, Kyoko sees how much her family, from her mother to father, brother too, love and adore Izumi to the point they don’t just overwhelm him but her as well. But, with graduation in a few months, there is the need to question what’s next for them? Also, she finds herself realizing that she doesn’t really know him all that well despite the months they’ve been together. 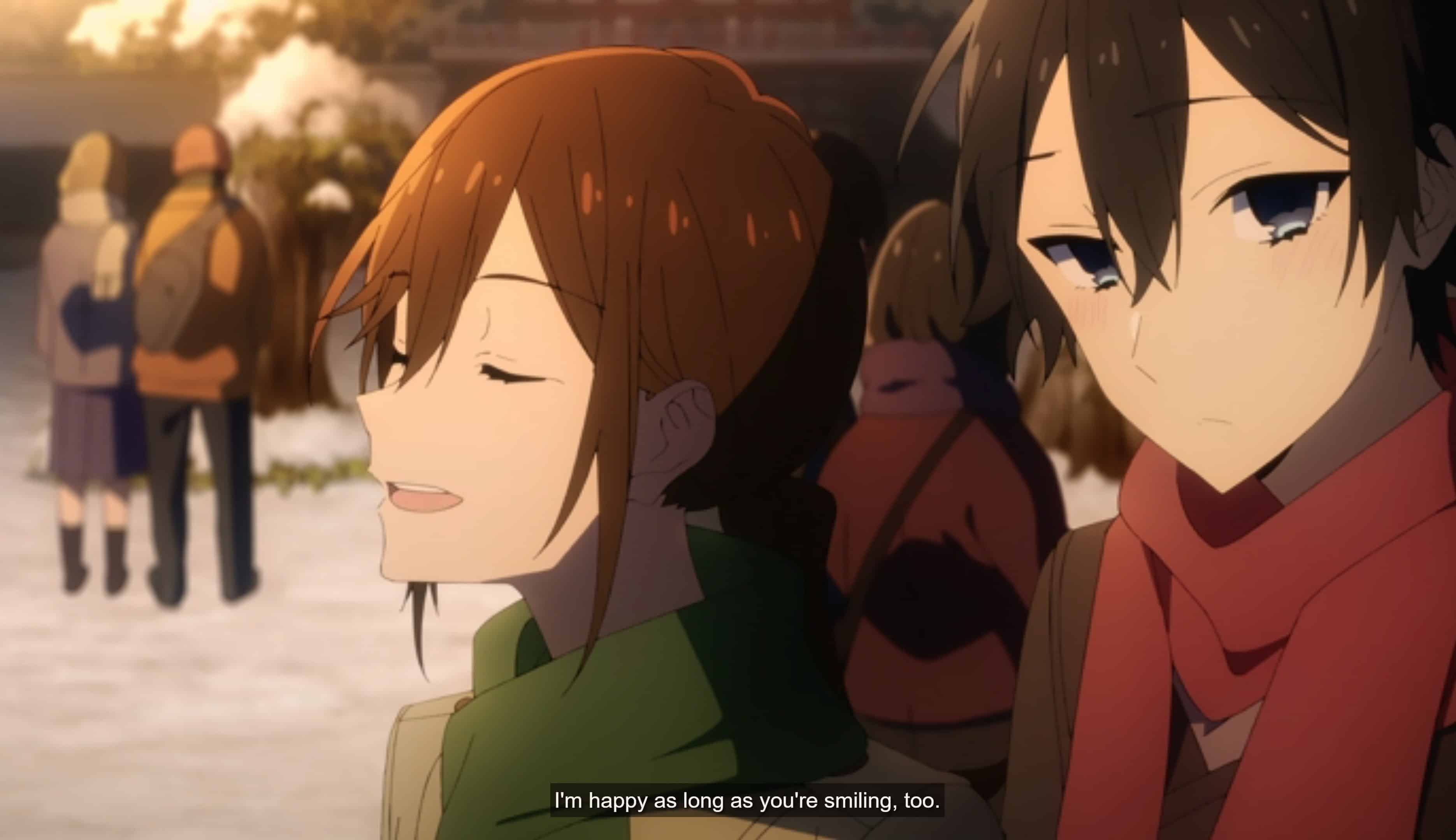 Yet, what she knows is true is that what she does like who she knows, so Kyoko asks to keep seeing him after graduation, and one of his responses is a proposal. Kyoko doesn’t outright accept but does note she would make him happy, and as we see them around New Years’, it seems both are committed to being together for years going forward.

How This Show Has Shifted

I can’t say when, but something has changed. Before, it felt like, HoriMiya wasn’t such a silly show. Yet, with the use of chibi animation, comedic moments, and borderline feeling a bit bloated when it comes to its characters, it’s not the same. This isn’t to imply the quality went down dramatically but more so, what we were introduced to in season 1 evolved into something that felt less exciting to watch.

We feel this might be due to the sheer number of characters focused on now that take away screen time from the lead couple, Kyoko and Izumi. And this isn’t to say Toru and Yuki getting into a relationship isn’t cute, and getting updates on Sengoku and Remi aren’t nice, but this is a less than half-hour show. So when you have them and add in all the single characters, it makes everything feel watered down, sped up, and sometimes random.

One prime example was Kyoko’s running storyline about wanting Izumi to be so aggressive he came off abusive. What the hell was that? Then with Sakura, after Toru started showing more interest in Yuki, now she floats around and exists as the third wheel of any and all situations. Add in Izumi’s ex bully, us meeting Toru’s housekeeper, and it almost feels like we’re at the point where this show is busting at the seems and forgetting one of its main selling points. 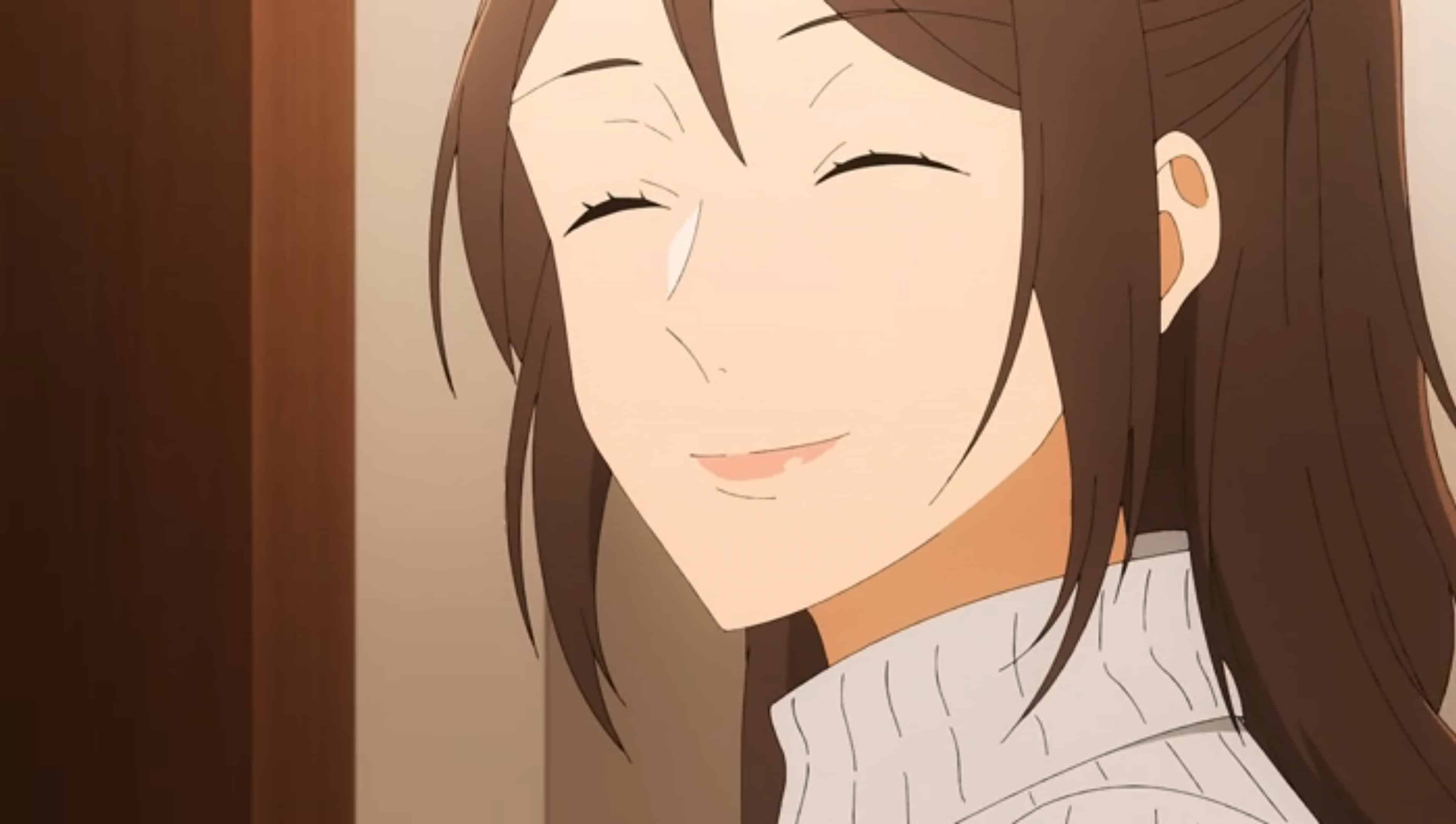 As we come to the end of the first season, Kyoko and Izumi's relationship increasingly feels like one of many than the one the show is focusing on. Leaving you to wonder, after graduation, will things refocus on them, or is HoriMiya more of an ensemble show now?