While Doreiku might be strange, especially due to the show being about enslaving people, what most do with the power is uninspiring.

SCM – some kind of retainer which gets activated after both you and another wearer do a bet. The loser becomes a slave, pushed to obligate because of something in the SCM, and this continues until you release them. Oh, and if you thought taking it out fixes the issue? Somehow the retainer will make you want to put it back in your mouth.

But, rest assure, there are rules to protect you. One being you can’t commit suicide and the other is that the SCM can’t manipulate your emotions. The only caveat is, you can do anything which is within your abilities. Which, for this episode, the only thing we see is using it for sex or for putting yourself in a humiliating position.

As for characters? The main two right now are Eia and Lucea. Eia is a complete outsider only recently introduced to SCM by her best friend’s coward of an ex-boyfriend. As for Lucie? Well, after being raped, she found out about SCM to get back at her rapist. Showing that, perhaps SCM might be used for more than thrill-seeking men.

The Premise Is Far More Interesting Than The Execution Which I know is perhaps going a bit far but the level of disappointment is rather high. 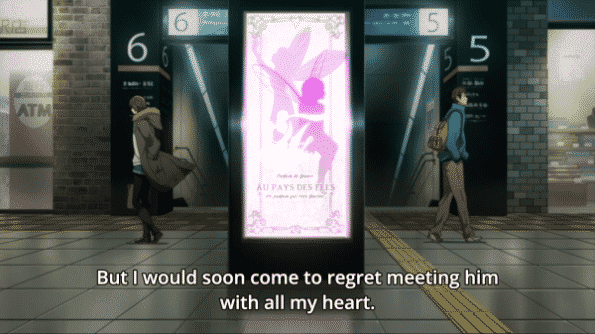 There is a strong desire to mark this negative and move on, but I have an inkling of hope. Mostly in the form of the masters getting their due. The SCM is touted as a devil’s device and seeing how karma kicks some of them in the ass might be interesting. Albeit the idea isn’t enough for me to want to continue onto episode 2, but not completely killing any sense of optimism means it could get better right?

Hence the mixed label for not all shows start strong but they can end that way. The issue at hand for Doreiku though is the violence and sex aren’t at that level to float it for 3 to 5 episodes and Eia being our medium into the SCM world surely didn’t have its intended effect. But, what goes up must come down and with us seeing all these masters, who seem demented in one way or another, getting these slaves, there will come a point where they will pay more than yen for what they did. Which could very well be a late-season hook.

Perhaps, but I felt this did a much better job of establishing its characters. I felt absolutely nothing for the girl in Magical Girl Site. They gave me no reason to care about her because other than being a punching bag she had no personality. If they’d fleshed her out even a little bit, maybe, but it didn’t really work.
This set out its characters and while none of them seem terribly interesting yet, I think there’s some potential here.
I guess we’ll find out if either show does anything with what they have set out as the season goes on.

I honestly am left with more hope for Magical Girl Site than this since at least that made you react. This premiere? You were perpetually waiting for something interesting to happen or be said.

I found the premise of this intriguing even if the execution was lacking a little. I’m going to give it a little longer to see whether it manages to actually do something with some of its ideas or not. Like Magical Girl Site, if this doesn’t end up doing anything, at least I’ll have some material for an article about anime that use dark and edgy as substitutes for plot.