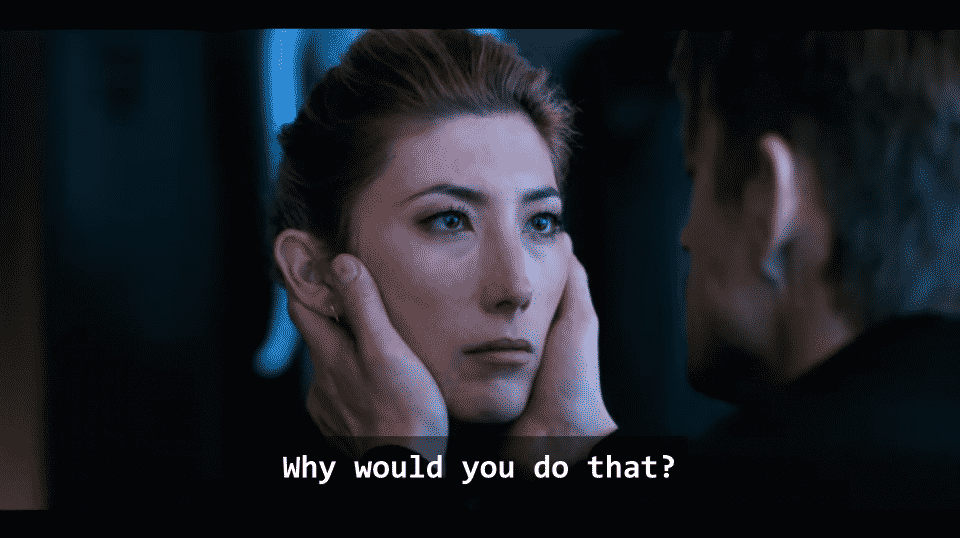 Laurens’ case is put to an end, but simply to set up something worthy of being featured in a season finale.

With the truth revealed, all that is left to ask is: Why? Well, as noted in the last recap, it is pretty much selfish reasons. Most of which probably deal with wanting her brother to herself, perhaps even in a twisted sort of way, but let’s not discount the backup option, money, and clones as well. Remember, Takeshi and Rei did not grow up rich and though money isn’t any real replacement for human intimacy, it does provide the opportunity for a whole lot of distractions. Plus, thanks to her killing Quell, she became a titan of an industry. The information extraction industry. Such as the place Kovacs shot up after Dimi the Twin interrogated and tortured him.

Thus leading to a whole other reason for Kovacs to find the idea of reconciling with his sister something which may take a few eons to do. She killed the love of his life, perhaps the first functional family he has had, outside of her, and now this? His sister has became one of the people he was fighting against with Quell. And to make things worse, despite her being willing for them to fight for years over who did what, she makes it clear who is in control when she tells Kovacs to finish the Laurens’ murder case. With a lie if he has to.

Something that Leung plans to enforce since, knowing her brother like she does, she knows despite how callous he may talk, he cares about his new pack. Whether it is Vernon, Elliot, Poe, or his new love interest Kristin. But, before moving on, let’s address Leung’s religion. First and foremost, it isn’t like Neo-Catholicism or nothing like that. Simply put, he worships the Meth as the new gods. They are rich, immortal, and capable of everything. Basically he acts as another example of what Quell feared would happen.

You’re Breaking Up With Me?: Kristin, Kovacs, Rei, Leung, Tanaka With Rei wanting Kovacs to focus on ending Laurens’ murder investigation, and not wanting Kristin to know a damn thing, Kovacs finds himself having to be an utter ass to push her away. Something which doesn’t really click with her, despite Kovacs addressing a lot of the things he is generally upset about in their relationship. Like figuring she cares more about the sleeve, and what it represents, than him. But, what choice does he have when Leung is ready to kill Kristin and whoever else he needs to in order to make sure Kovacs obeys Rei’s order?

Yet, despite being pushed away, Kristin takes the hint. For while it has only been, at most, a couple of weeks, knows if Kovacs was really done with her, he probably wouldn’t have even approached her. Not in some cowardly way, but like she was any random person he locked eyes with but had no reason to engage. So, this just pushes her to want to dig more but Captain Tanaka blocks that, with likely some push from Ms. Prescott involved.

You see, that whole scene at Fightdrome combined with the station elevator incident, it has put the police station in a bad light. Which, all things considered, doesn’t mean much since we’ve seen how they operate, but Kristin making threats and causing so many issues for Tanaka, it leads her to be suspended. Which, of course, means nothing to her since she has Mickey. This weird dude who seemingly has a thing for her, but after helping her get into Psychosec and getting access to Rei’s clones, he abandons her. In fact, it seems like he leaves her for dead as one Rei clone after another comes after her. But, they all die. Not before pushing the idea further though that Rei being possessive of her brother perhaps isn’t something creepy.

And so the initial investigation ends with Ms. Prescott being framed. The whole idea is that she hated being treated a certain kind of way and so she used the virus which wiped out the Envoys on Laurens so that it would look like he killed himself. That’s alongside using the privileges he has given her in order to fully manipulate his backups.

All of this was made possible due to the newest member of the crew: Ava. That’s right, Vernon’s girl and Lizzie’s mom is back but has been cross-sleeved. Meaning she is in a man’s body and believe me when I say she isn’t happy about that or framing Ms. Prescott. However, with Rei’s threat bearing down on Kovacs and him doing her a favor, all things considered, the right buttons get pressed and the deed is done. Thus appeasing both Rei, who appears at the final reveal as Clarissa, and Laurens, who seemingly gives Kovacs his freedom.

“What we believe shapes who we are. […] But when you believe a lie for too long, the truth doesn’t set you free. It tears you apart.”

The Goal Is To Be Empowered 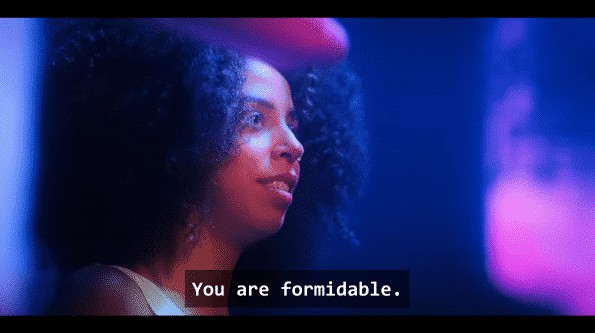 One thing not highlighted enough is Lizzie’s recovery. Though it can fit into the “Phoenix moment” which actresses like Jessica Chastain consider problematic, you must admit watching her go from shattered to being able to see and embrace her parents, regain a sense of autonomy, and look and feel empowered means something. Especially considering growth isn’t so much a thing on this show as people just revealing secrets and shrugging off you learning about them.

Prepping To Move On

As said in a past recap, the Laurens investigation lost its luster and relevance a long time ago. So considering Rei has kind of stepped in as a proper villain, and seemingly is ready to make history repeat itself, it should be interesting to see how Kovacs prevents this. Will he complete what Quell tried to over 250 years ago? What exactly will he do with his freedom? Hell, will he care enough about the truth to reveal unto us who really did kill Laurens, much less undo the damage he did to Miss Prescott’s life?

It sort of weird for us to have hit a turning point so late in the season, but there is a reason Netflix is considered an innovator in the industry. Though, let’s be fair, a lot of the stuff they put out can be overhyped or seem more like quantity over quality, and this seemed like a production which would have qualified, it is getting better by the episode.

Making me wonder, what is next and when it comes to the final, will it be a shock or the only conclusion you could expect to see?