In a way, A Million Little Things seems to be ABC’s answer to This Is Us but with a focus on a friendship rather than a family. 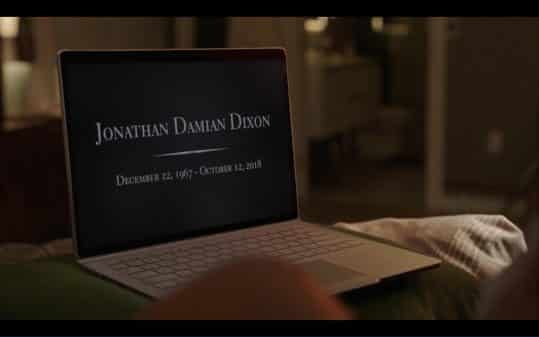 Four men, Eddie, Gary, Jon, and Rome crafted a friendship thanks to being trapped in an elevator and Jon, being more social than most, actually engaging in conversation. Not even general, jokey-joke, conversation but, perhaps for 7 years, the realest conversation these men have had. At least with each other. Making Jon’s sudden suicide a shock to everyone. Yet, it also acts as a sort of wakeup call. At least for Rome since it seemed he and Jon were both ready to end it all but being that Jon beat him to it, that gave him a new lease on life.

And mind you, neither Jon nor Rome have terrible lives. Rome might be frustrated for he wants to make feature films but is stuck doing commercials, but Jon was the man. He was rich, had good friends, a happy family, but of course, that’s all surface level. What we’re likely to discover in time is that, like Rome, while it may have appeared that Jon had it all, he didn’t. Take for example his wife, Delilah, cheating on him with Eddie. Who also is married by the way.

Oh, and not to be outdone, Gary is in remission from breast cancer and if that isn’t interesting enough for you, he seemingly is sleeping with a good portion of the women in his support group. The latest being Maggie who is hiding the fact she is no longer in remission.

I cannot recall many shows featuring four guys, all friends, which isn’t a comedy or deals with them being family. So, in a way, this show seems a tad bit different. Especially since it makes a point they aren’t school buddies either. They came together thanks to Jon being the one who couldn’t be stuck in an elevator and allow utter silence. Yet, as we go from Jon committing suicide, Rome dealing with suicidal thoughts, Eddie’s affair and Gary’s breast cancer, you begin to feel this show is a bit too stuffed with drama. Of which isn’t really balanced out that well.

Now, granted, all shows need a strong beginning and having most of those things get revealed within 10 to 20 minutes isn’t a bad thing. The bigger issue is that, after the initial shock, only Rome keeps the energy going. Eddie’s affair, no matter how ice queen Katherine seems, it is hard to justify it. Especially since he is having an affair with his best friend’s wife. Sleeping with her even as the man was committing suicide. Then with Gary, to go from a man who has breast cancer, which throws you off, to learning he is using a breast cancer support group to meet women? As much as him being some kind of ho should balance things, Gary isn’t funny. If anything, he comes off kind of miserable and seems like a user who is taken advantage of women who probably don’t feel all that sexy after mastectomies.

Which may lead you to look the women but none of them really pop. Like the men, they have likable, supporting actor, traits, but are thrust towards the front kind of awkwardly. And that isn’t to say they have stuff going on too. Katherine has a job, Regina is a noted chef, and Maggie a psychologist, who Rome may try to see for his depression. Also, Delilah has kids and her affair with Eddie. Yet, no one has something, male or female, which makes you think you should stick with this show until the end of the series. Maybe even season.

Perhaps the main issue with A Million Little Things is that, while focusing on four men, and not having them placed in a comedy, is different, a lot of what this show offers feels similar to other programs. On top of that, the way everyone’s issue, including a suicide and suicide attempt, is presented doesn’t come off like we’re starting with something major and building out from there. It comes off desperate to stand out in a field of dramas it knows it can’t directly compete with. So rather than take a cast largely known for supporting roles, if that, and making them into bonafide stars, it puts them into overtime to conjure some kind of audience with tentpole topics and moments.

Hence the mixed label. Can this show get better? Maybe. But it seems like they should have built up to Jon’s suicide, Rome’s attempt, and the reveal of who Eddie was sleeping with than drop all those bombs in one episode.