Consider A Discovery of Witches a matured version of the many mystic being franchises which focus on teenagers.

Table of Contents show
1 The Introduction
1.1 Other Noteworthy Facts & Moments
1.2 Question(s) Left Unanswered
2 Highlights
2.1 It’s Mature, But Not Necessarily Boring
3 On The Fence
3.1 You’ll Probably Be More Invested In The Story Than Characters
4 First Impression: Positive (Watch This)
5 Follow Wherever I Look on Twitter, Like us on Facebook and Subscribe to the YouTube Channel.
5.1 Check Out Other TV Recaps

Diana is an orphaned witch who was raised by her aunt and partner. Her parents, researchers, were killed by villagers who believed them to be witches. Yet, despite being researchers killing her parents, Diana too has taken an interest in history. Which has led to great success as she has two prize-winning books, had a tenure at Yale, and may be up for a professorship at Oxford. But, to obtain that, she must finish her latest paper and that is what causes quite a stir.

No, not her paper on Alchemy, but one research material – ASHM 782. In this book, one seemingly enchanted and perhaps written by a witch, holds the origins to many a species of like vampires. Making it highly sought out but missing for centuries. Yet, upon request, at a library, it appears for Diana and her touching the book causes a stir that travels from Oxford, England all the way to Finland.

But, rather than research into what oddities the book contains, Diana returned the book for she largely rejects her powers. If just doesn’t make use of them. However, with vampires like Matthew, a biochemistry professor, renowned in his own right, dealing with their kind unable to sire more, and who knows what other beings are going through, Diana’s discovery is of great interest. Putting her in great danger for those, like Matthew, who have lived for eons finally have some sort of breadcrumb to the book which can either save or destroy the beings witches apparently made and lost control of.

It’s Mature, But Not Necessarily Boring

books, watched one or two seasons of Vampire Diaries, and probably most of Melissa Joan Hart’s Sabrina The Teenage Witch

. Each one takes a very different approach yet feel connected in a way. Vampire Diaries

and Sabrina The Teenaged Witch dealt with teenagers just discovering their powers, the culture and while VD was less about the comedy and more about being a soap opera drama, it still had its corny elements.

And the reason they get brought up is because you can see how the pendulum has swung a bit. Mythical creatures were once of the like of Vampire Chronicles where they were devious, charming, but still considered evil. But then it was lightened up and they became comical, before the pendulum swung back to make them sexual, violent, yet maintain this certain innocence.

Yet, whenever a new mythical creature came about on TV, especially the likes of vampires and werewolves, they were geared towards teens. A Discovery of Witches doesn’t do the same as clearly no one is a child nor pretending to be one. We have people with books published which speak of scientific theories and history. They are professors, had tenure, and largely are in education or research.

However, they don’t necessarily come off boring. Granted, I wouldn’t say any character pop on screen and steal your attention anytime they appear, but that’s because this show isn’t about appearances. What we get here is an ensemble show which has a film quality to it. Palmer as Diana isn’t made to be this up and coming actress nor is Goode, as Matthew, treated as some heartthrob with some seedy past but a heart of gold. We get full on adults who don’t lean towards that nonsense.

Not to imply there isn’t some familiar drama. We have witches like Satu, under Owen Teale’s Peter Knox, who come off aggressive and we even see kill someone. Alongside that, Matthew, as dapper and high born seeming as he is, it seems clear towards the end that something in him wants to feed on Diana. And while neither scenario is made into a big thing, it’s because what happens isn’t so much about the action or moment but the character. 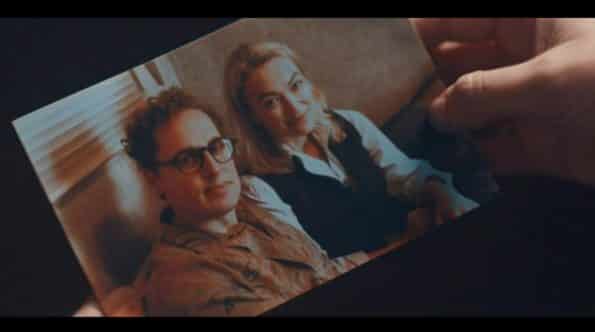 To put it another way, take Diana’s magic. Because her parents being witches killed her parents, it makes her relationship to magic estranged and when she accidentally uses it, it is a character flaw more than a big deal moment. Which is a bit of a change of pace from this shows contemporaries. Most of which treat nearly any sign or use of beyond human abilities as a big deal.

You’ll Probably Be More Invested In The Story Than Characters

Perhaps one of the caveats of taking on a mature approach is that it doesn’t seem geared to push any character to stand out much. Diana, while our lead, and seemingly one of the most powerful witches alive, isn’t made to be the most interesting, charismatic, or attractive, in terms of personality. Diana is made to come off as someone you could easily walk by on the street and not desire to do a double take at. She just blends in, and that can be said about damn near everyone in this show.

Which is good and bad. On one hand, a lot of shows dealing with the supernatural seem to rely heavily on the actor’s charms and their potential romantic chemistry with another. This ends up driving the show far more than whatever story that was trying to be told. A Discovery of Witches takes a different approach though. It doesn’t make one or two characters the pinnacles of light which draw you in, then appears like it will add love triangles and shipping to keep you entertained. Characters in this show seemingly are more about driving an overall story than their own personal narrative.

It’s like, the world is bigger than one character, no matter their background and abilities, and the show wants to make that clear. So while Diana is treated as an epicenter, the big to do is really Vampires trying to understand their origins, maybe other beings later on, alongside witches trying to undo the eternal curse they believed they put upon all humanity. Something that could turn off those who are more character focus, and need one, two, or a few, to be someone to latch onto than a story at large.

I won’t pretend it may take a little adjusting if you’re used to teen-oriented, supernatural, productions. Though not exuberant, hearing Diana talk science and things of that nature, early on, isn’t the universal method of hooking an audience. Yet, the story presented, and the universe behind it, will drive your interest. Admittedly, not to massive excitement where you are clamoring for the next episode, but A Discovery of Witches

does feel like a nice show to unwind to and get your vampire or witch fix.

Hence the positive label. While A Discovery of Witches may not be presented as a potential phenom that becomes the talk of comic-con, or other trade shows, it’s because it’s not supposed to be. It doesn’t want to continue overused patterns and methods to hook an audience. It wants to try something new, take different methods to tell its story, and not use one or two actors as the be all to end all and make their relationship nearly all that matters. A Discovery of Witches knows you deserve better and something which feels different. Thank you. I have read quite a few negative comments but it was so clear these people had not got what the show was. They were just looking for another “the originals” or similar. They don’t get that this is not the same genre. This isn’t the genre supernatural but urban fantasy and that actually if feels very similar to books of the genre even if I haven’t read these in particular. I hope that people will learn to like it and it will encourage producers to do more of the style. There are so many good books out there that I would love to see on TV.