written by Amari May 10, 2019
0 comment
FacebookTwitterPinterestRedditEmail
Table Of Contents

Amy Poehler takes a page out of Adam Sandler’s book and has a vacation with her SNL friends, paid for by someone else and made just for her audience.

It’s Rebecca’s 50th birthday, and with Abby, Rebecca, Naomi, Val, Jenny, and Catherine rarely together as a group, Abby pushes them all to show up. Problem is, as their host Tammy predicted, the more wine they drink, the more time they spend together, and thanks to Abby’s very strict schedule, a lot of secrets and hushed issues come out. Leading to the 20+ year friendship unraveling and leaving you to wonder, could it recover?

Like Better Things, It Highlights Conversations Between Women Which Still Seems Rare 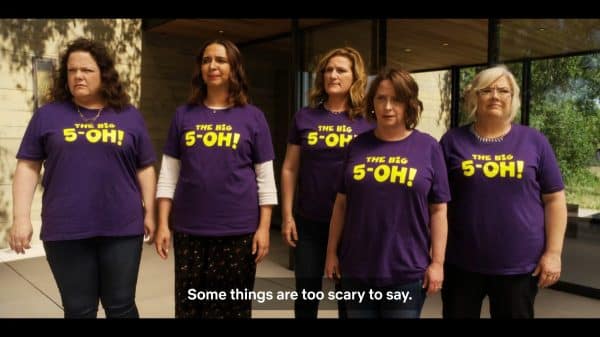 There aren’t a lot of new shows, or movies promoted like this, which have a bunch of mid to late 40 something-year-olds hanging out, talking, and dealing with their s***. Especially without men being heavily involved and making it so the conversations shift towards being a mother, a wife, and titles which can often swallow all the other adjectives to describe the leads. So with only one notable guy, Devon, it means the ladies get to be wholly themselves without some kind of prefix.

Yet, at the same time, while the movie is starring and written by women, we’re also reminded that as much as they may worry about still being seen as attractive, and getting tested for breast cancer (which men can get by the way), a lot of their problems are universal. Whether it is fearing being laid off and not knowing your next movie, getting older and feeling like you are in a rut, maybe your friends outgrowing you or you outgrowing them, if not feeling you are losing control of your life and taking back control might be dangerous. The cast find the humor in these sometimes dark situations and show that while people may still treat having this many women as stars and little to no men, it’s becoming the norm.

You May Not Find This Funny

And with no longer having to worry about being the absolute best, or else the door may shut behind you, it leaves room for movies and shows which aren’t revolutionary or hilarious. Such as Wine Country which seems to be Poehler’s answer to Adam Sandler confirming his movies often are paid vacations. For while you see the mostly SNL alumni reunion is a good time for all those involved, I would argue that unless you are into SNL’s style of comedy or that of its leads, you may not be laughing much.

Mind you, I’m not saying this isn’t funny – period. More so, it helps if you are a fan of Poehler’s work, on SNL or beyond, and that goes for most of the cast. Since most of them are comedians more so than actors and for nearly every one of them you see their shtick in action. Which, when combined together, it does compliment one another, but won’t necessarily win over those who weren’t fans before. 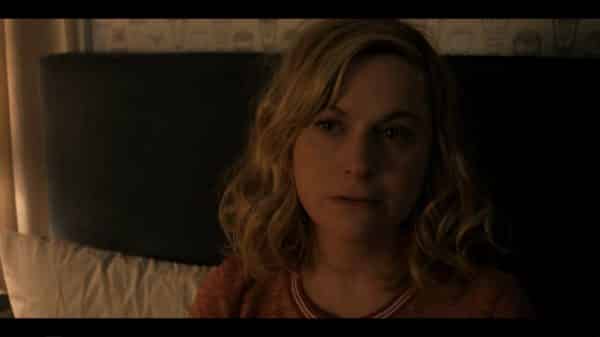 I’m writing this off as something that just isn’t my taste. I can see the appeal, I recognize people can and likely will find it funny, but outside of the moments when things got real with the characters, it didn’t click for me. Hence the mixed label. If you are a fan of the style the comediennes share, this will be ace for you and make your weekend. However, if you aren’t, Wine Country won’t seem terrible, but you definitely won’t be keen on watching it with others or may even remember it in a few days. For this movie seriously does seem like, with Adam Sandler, years ago, admitting he gets companies to pay for vacations/ reunions for old friends, Poehler figured if Sandler did it, I can too, and it shows.