Wherever I Look
Recaps, Reviews, and So Much More
Home Movies Where’d You Go, Bernadette (2019) – Summary, Review (with Spoilers)
Movies

Where’d You Go, Bernadette explores what it means to lack an outlet and not be surrounded by people who try to understand you but want you palatable.

For the last 20 years, Bernadette, husband Elgie, and their daughter Bee have lived in this house in Seattle. One which is dilapidated, mostly due to local ordinances limiting Bernadette’s architectural brilliance, but is home nonetheless. It’s the place where Bernadette has raised her teenaged daughter, occasionally engages with her husband, and sends long e-mails to a foreign personal assistant since, when possible, Bernadette avoids people.

Why? Well, Bernadette is an acquired taste. The kind of person who you have to pursue to know for she isn’t necessarily going to seek you out, shallow conversation, or adapt to make you comfortable. Not to imply she is against socializing and people but, let’s just say she is particular about who she spends time with.

Which might be why things are a bit difficult around the time we meet Bernadette. Most of the other moms gossip and are expecting Bernadette to integrate into their dull suburban lives. Elgie is nearly always at work, at Microsoft, and as for Bee? Well, as much as a child can be a wonderful companion, you can’t allow them too much weight. You are still the parent.

So, when Elgie decides to join the masses and blame Bernadette for why she, he, the neighborhood, minus Bee, are so miserable, she ventures out to rediscover herself. To push herself to create, be challenged, and remind herself of the woman who was one of the most innovative minds in her field.

There is something beautiful in a person not necessarily seeking to understand you, but just accepting who you are. Taking note, yes, you are different, but recognizing how you not being like everyone else not only enriches their life but can potentially enrich the world. That is what we see in Bee and Bernadette’s relationship. Bee is often the only one in her mother’s corner and sometimes acts as a translator since everyone is so stuck in their heads, they don’t ever use their eyes and ears to appreciate and comprehend what Bernadette is saying.

But, the real kicker is that we’re told Bernadette struggled to have a baby go to term and even when Bee was born, there were further complications. So to see her, as a teenager, be so fiercely protective of her mom, use what she knows and can gather to follow her across the world, it is hard not to get a bit teary-eyed.

Understanding The Need For Fulfillment 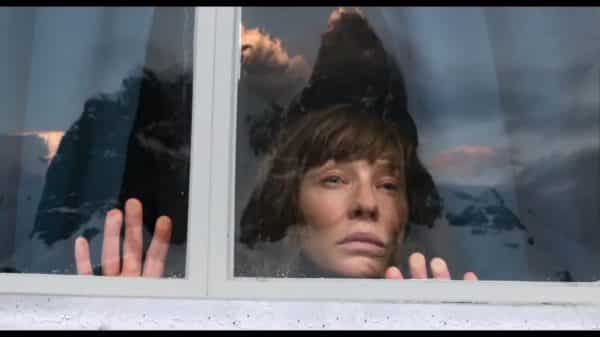 I wouldn’t say Bernadette is having a mid-life crisis. As noted, she went through a lot and needed time to recover. Then with Bee, and the miscarriages which preceded her birth, that’s a lot on a person. Add in the frustration of limitations (specifically ordinances for her to spruce up her house), lacking access to her peers, and no one but Bee taking her serious in the idea she is being ostracized as much as she is isolating herself, and it makes the downward spiral make sense.

Yet, it’s like they say, a bored mind is the devil’s playground. Hence the destruction which, allegedly, was Bernadette’s fault. With no outlet to channel her thoughts and energy, it popped out in spurts and led to mishaps. Making her finding something which brought back this jovial expression, an almost manic episode, it pushes you as a viewer to take note of what energizes you and question have you pursued what makes you happy or just allowed you to survive with a slight feeling of peace.

The Reaction Elgie Will Get Out Of You

A man not listening, only seeing things from his point of view, and claiming hysteria is triggering. Especially since the film is about Bernadette and between how she is written and portrayed, while certainly eccentric, she doesn’t seem deserving of a intervention. Never mind being talked to like a child. Which, taking note of how isolated Bernadette is, has to be frightful. For one, we don’t hear anything about Bernadette’s parents, maybe siblings or cousins, we’re presented the idea she doesn’t have friends. Not even people like Paul who say rather kind things about her. So her husband, who isn’t around much, as Bee points out, judging Bernadette like everyone else, it makes you hope Bernadette tells him off and divorced him. 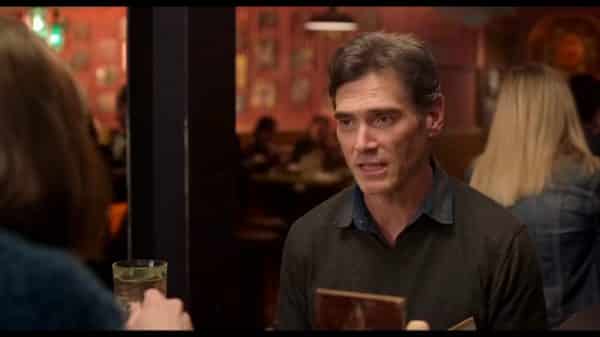 Thankfully though, Elgie is balanced out, and this film doesn’t take the route of Bernadette saying she made herself small for him or set aside her dreams so Elgie could live out his. Those two paths, which we hear fairly often, aren’t even hinted at. Instead, as time wears on, Elgie learns to accept responsibility for how his marriage became and as we’re reminded why he loved Bernadette, be it through Bee or his own realization, Elgie comes to his senses and somehow goes from someone you hope gets a nasty STD from someone to a redeemed man.

It Does Create A Slight Interest In Architecture

While I wouldn’t say it takes things to a Columbus level, I will admit from the end credit scene to seeing Bernadette’s rise as a notable architect, the film does push you to take note of the world around you a bit. In particular, buildings, be it residential or commercial, which don’t seem to fit some generic standard but seek to stand out amongst the skyscrapers or neighborhoods.

What Where’d You Go, Bernadette goes right is by not trying to put the onus of Bernadette’s situation on her. She isn’t, completely, the reason she is miserable, nor does she apologize for being someone who vocalizes being unhappy. Also, this isn’t a film about a woman having a midlife crisis. It’s more so about a woman who was betrayed and unappreciated, be it by outside forces, and her body to a point, who needed time to recover. To be pushed to the point of needing to step out from her shell of a home and community, and venture far beyond. Not just past her comfort zone but to a place where others cower from for that is where and when she excels. 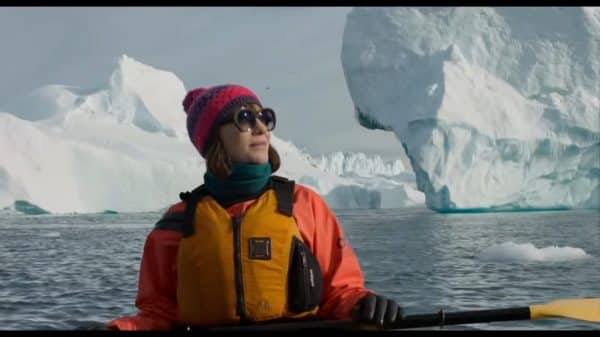 Hence the positive label. Where’d You Go Bernadette isn’t just about where Bernadette physically went but also mentally and emotionally. Following that, where and how she rediscovered herself and her passion for life. Which, whether young, middle-aged or in your golden years, this story will certainly connect with you if you don’t necessarily feel you are fulfilling the reason you were born.

It Does Create A Slight Interest In Architecture - 80%

The Reaction Elgie Will Get Out Of You - 88%

Understanding The Need For Fulfillment - 89%

Where’d You Go Bernadette isn’t just about where Bernadette physically went but also mentally and emotionally. Following that, where and how she rediscovered herself and her passion for life. Which, whether young, middle-aged or in your golden years, this story will certainly connect with you if you don’t necessarily feel you are fulfilling the reason you were born.