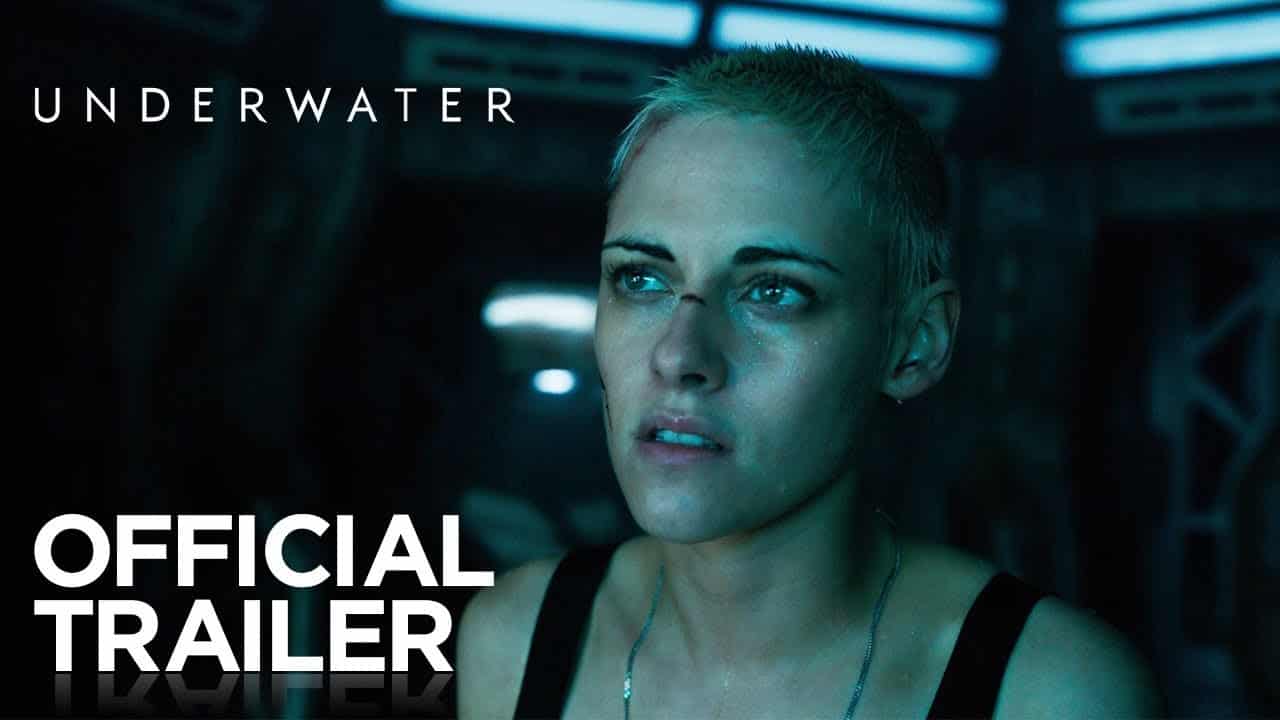 “Underwater” wants to be an emotional and action-packed action film, but it fails too often and its villain is underdeveloped.

Within the Mariana Trench, out in the Pacific Ocean, a company named Tian Industries was drilling and producing a massive amount of energy. However, while doing so, it appears they disturbed something. What exactly? It is hard to say for no one we meet is a biological scientist. Norah is a mechanical engineer, Rodrigo surely doesn’t know about marine life, and while Emily is a research assistant, with some knowledge of animals, what is down there with them is foreign. Plus, considering the 7-mile below the surface station is collapsing, they are more worried about following Captain Lucien’s lead to safety, worrying about Liam’s survivability, and wondering if Paul is a loveable idiot or just a dumba**.

“What did the fish say when it bumped into the brick wall? Dam.”
— Paul | Underwater

There Is A Slight Investment Into The Character – 80

Admittedly, the likability of the characters isn’t that overwhelming. Miller as Paul delivers a lot of comical lines, which drive the early part of the movie, and there are some, like Henwick’s character Emily, who are sweet but bland. But, I will say, whether it is Stewart and Cassel, who are the “Get it done” heroic types, or the two mentioned before them, you’ll find yourself caring whether they live or die.

They Kill Off The Best Characters Early – 65

One of the issues you may have early on is “Underwater” doesn’t necessarily have the kind of pacing or thrills to really push the time limit we’re told the characters are on. Thus, it makes it so certain people are relied upon to bring about some sense of pressure, perhaps a touch of comedy, or even the vibe they are ready to take on the menace and keep everyone alive until the end. Now, for some reason, one character who brought about a sense of fear, without being a little annoying about it, they are killed in no time. Following that, someone who should have lived until the end, because of how much they contributed to it, they die as well.

Once that happens, we’re left with the blandest characters and it makes the last forty-five minutes to half-hour feel like such a drag. On top of that, because of how dull those characters are, you care less about them dying and more about the monster. Also, you start to care about little things you may not have cared about like, when it comes to the helmets, how is it the monster flings one person, beats on them and tries to eat them, yet the helmet doesn’t break? But, when said helmet is hit two or three times with a fire extinguisher, by one of the weakest people, it finally cracks?

Not Really Getting To Know What The Monster Is – 70

For a moment, Emily does get a baby-sized version of the monster, and we get to see it clearly. However, most of the film is in dark areas or murky water, so the monster comes and goes, and if you look away too long, in the beginning, and middle, you can miss them. But, towards the end, it is revealed what caused all the trouble we see, and the only explanation we’re really left with is that we’re seeing something hidden in the depths of the ocean. We’re not strongly pushed towards the idea maybe the drill awakened it, unleashed it, or there were experiments. The monster just simply existed one day and now it is a problem. Leaving you to wonder if everyone is getting what they deserve or not?

I was disappointed, to be honest. Did I think this was going to be some major, big-time movie? No. Yet, the film is a prime example of how trailers can often be far better than the movie. And while the film does have a small cast, which you’d think would inspire tension, it doesn’t do that. Between Paul’s jokes and the slight investment you’ll have for characters, it’s enough to get you through the beginning, but then things happen which make the middle and end inspire you to look at your watch/phone repeatedly.

“Underwater” is the kind of film which maintains the dying belief that January is a dumping ground for films. Especially during the time period after Christmas and before the Martin Luther King Jr. Day weekend. And while the film did have the potential to be what it seemingly set out to, the decision to kill off certain characters and the lack of development when it came to the monster left things feeling flat. Hence the mixed label for while “Underwater” isn’t a terrible movie, it is certainly an underwhelming one.

So, this giant monster, that looks like it could be a squid, was attracted to the lights the drill gave off and attacked it. Then, using these “Shape of Water” looking children it breeds, those things went after anyone who tried to escape. Making it so, as the station fails and begins collapsing, Norah escapes with Rodrigo and Paul.

Two people who join her in meeting up with the captain, Lucien, as well as Liam, one of Norah’s friends before joining Tian, and Liam’s crush Emily, who likes him back. But, due to there being so much damage to the drill’s primary way to go north, they have to go south and cross over. During that process, Rodrigo dies due to a faulty helmet and implodes. Following him, Paul dies thanks to one of the big, skyscraper-sized monster’s children pulling off one of his limbs. After that, all on the journey to reach the remaining escape pods, the captain dies and then Emily, Liam, and Norah reach the pods.

But guess what? Only two are functional so Norah pushes Liam and Emily to take them for with her fiancé gone, there is nothing for her on the surface and she wants those two to be happy. However, no sooner are they in pods zooming towards the surface does the big monster release a large amount of children to kill them as it did the many others who tried to escape. Seemingly due to the fact the monster can potentially eat humans and breed within them. At least, based on how a baby version of the monster is shown feeding and attached to a deceased person Paul and Liam find, this can be assumed.

Long story short though, Norah decides to send the already unstable reactor into critical condition so that, in a moment of self-sacrifice, she can kill the main monster, its children, and keep the blast radius small enough to not hurt Liam or Emily. Thus allowing them to survive but, thanks to Tian covering things up, their story never became public.

While the end of the film does push the idea Tian is going back, despite all that happened, I can’t see this producing a sequel. For as much as Norah’s sacrifice didn’t seem as big as it should have, she did still kill herself to save those two. Add in Liam and Emily were the least interesting of everyone, and often were made out to be liabilities, imagining them being followed or a new set of characters, seems like an ill use of a yearly budget.

There Is A Slight Investment Into The Character - 80%

They Kill Off The Best Characters Early - 65%

Not Really Getting To Know What The Monster Is - 70%