Tigertail (2020) – Review and Summary, With Spoilers

“Tigertail” gives you an understanding of the sacrifices immigrants make for what they think will make them happy, and how that affects the generations that come after.

Pin Jui (in the credits named Grover) we follow from his adolescent and young adult years to him coming to America as a young man, with his wife, Zhenzhen. Following that, we see him as an old man with a fractured relationship with his daughter, Angela. During this long journey, we meet what would have been the love of his life, Yuan, and also get to see Pin Jui’s relationship with his mother, Minghua.

And throughout “Tigertail,” we witness how the joys of youth are sapped from Pin Jui and replaced by the work ethic and responsibility he was raised on. Ultimately giving you the story of a man who died slowly due to his obligations and you seeing his daughter slowly follow in his footsteps. Well, unless Pin Jui steps up and gives her what she has struggled to find in someone else. 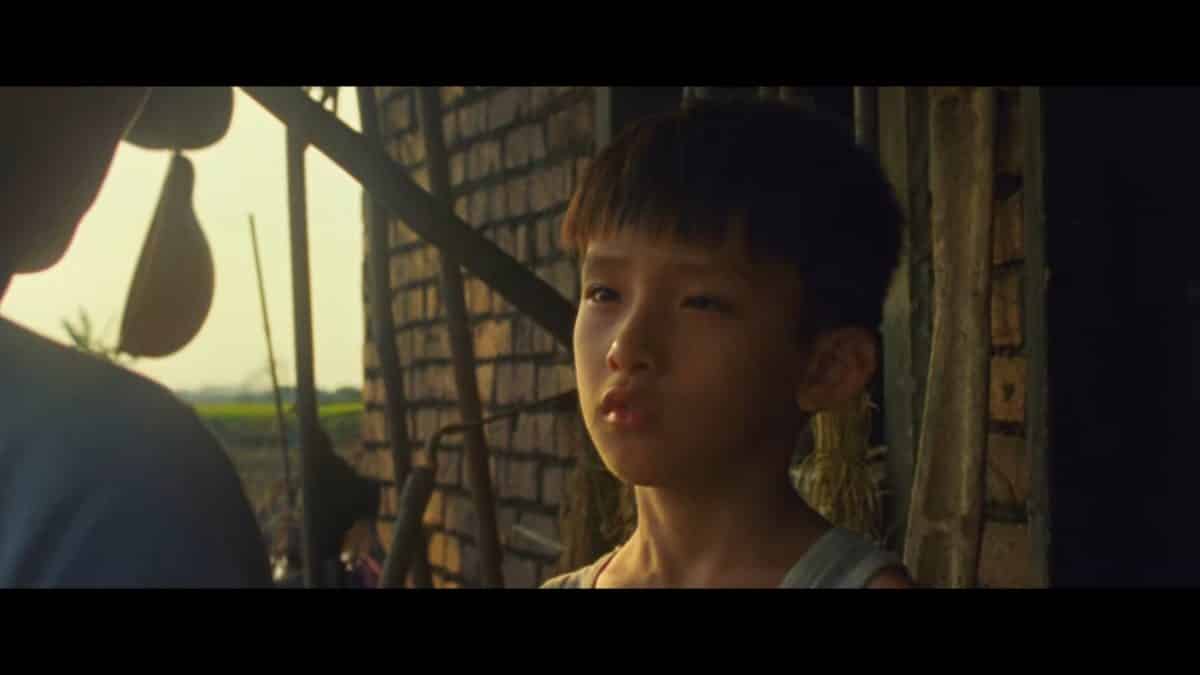 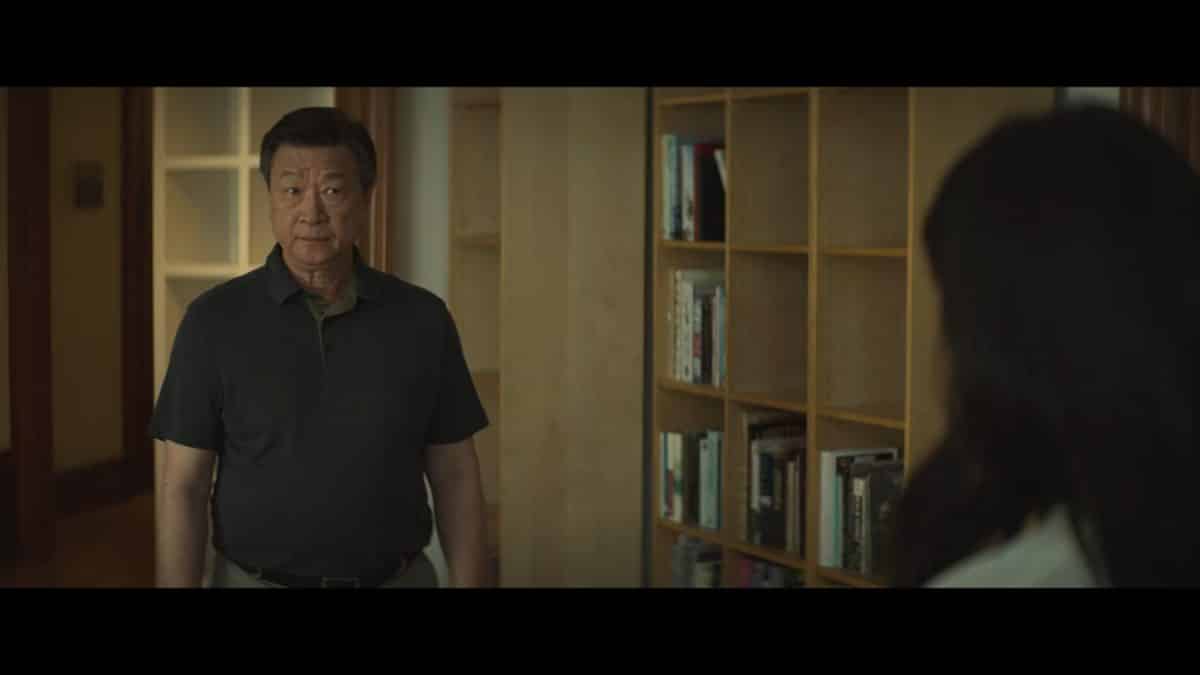 When a film covers the majority of a character’s life, it gives you all the insight you need to understand who they are. Pin Jui’s shift from a jovial teen to a young adult was partly caused by the teachings of his grandmother about crying and responsibility. And as much as being with his mom aided in softening the callous Pin Jui was developing, his marriage to Zhenzhen, if not America, made it so he became hard. So hard that even his daughter, who tries more than her unseen brother, can’t breakthrough.

And in watching the ebbs and flows of Pin Jui’s life, you’re reminded how much you have to be willing to fight for what makes you happy and that not every opportunity presented is necessarily a good one. Prime example: Pin Jui longed to move to America, even before meeting Zhenzhen, but with being poor, the idea was farfetched and seemed unlikely. Yet, in Taiwan, he did have Yuan, his childhood friend, and crush, who fate brought back into his life when he was no longer living with his grandmother. 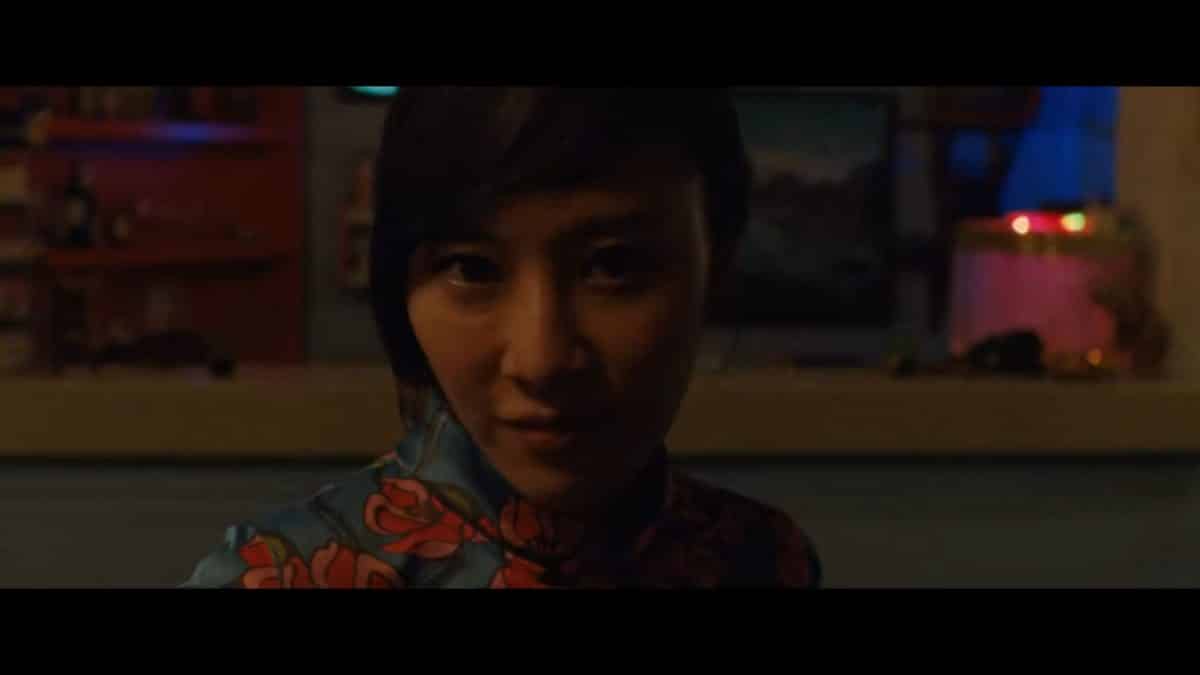 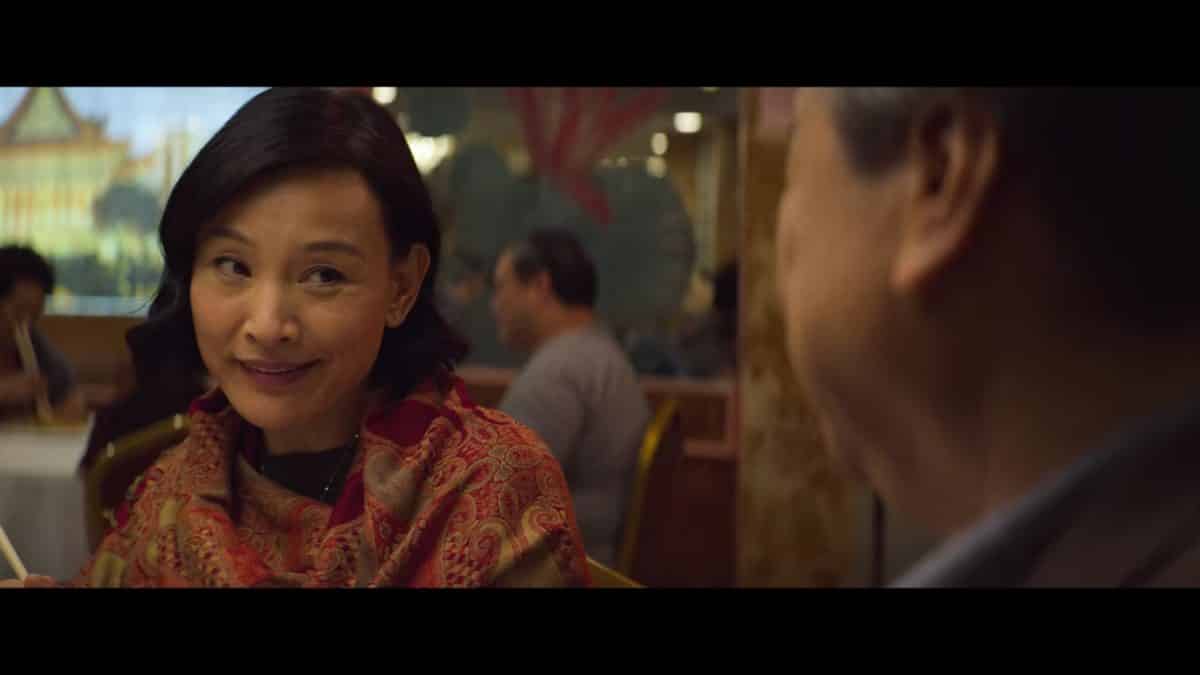 Yet, when presented an opportunity, rather than struggle and find a way with Yuan, he took it, and it seems fate made him suffer for doing so. Not outright suffer, like sickness, wounds, or anything like that. More so, suffer in terms of losing time and what he truly wanted over something he should have been patient for.

Making it so, while, in the end, there is a glimmer of life coming back, you are forced to recognize the joy he could have had is gone and what little fate has shown mercy on him to give, it is but a taste. Technically, a taste of what he could have had, and now he’ll have to hope he can salvage what’s left of the story that could have been.

A Glimpse Into The First-Generation Experience

The majority of “Tigertail” focuses on Pin Jui, but you can also look at Angela’s story and see bits of Pin Jui’s struggle there. For while she is a first-generation American, who came along when Pin Jui was doing well, you see she has taken on some of his negative traits. Primarily him working too much, and you seeing a pattern form since it seems she doesn’t fully understand her father’s bad habits to avoid repeating his mistakes. Since, like many immigrant parents, he looks forward, expects the best, and not achieving that creates a sense of guilt within Angela. Not just in terms of her professional life either, but also her personal. Thus making it so, the person who is most like Pin Jui doesn’t even realize she is the mirror image of him. 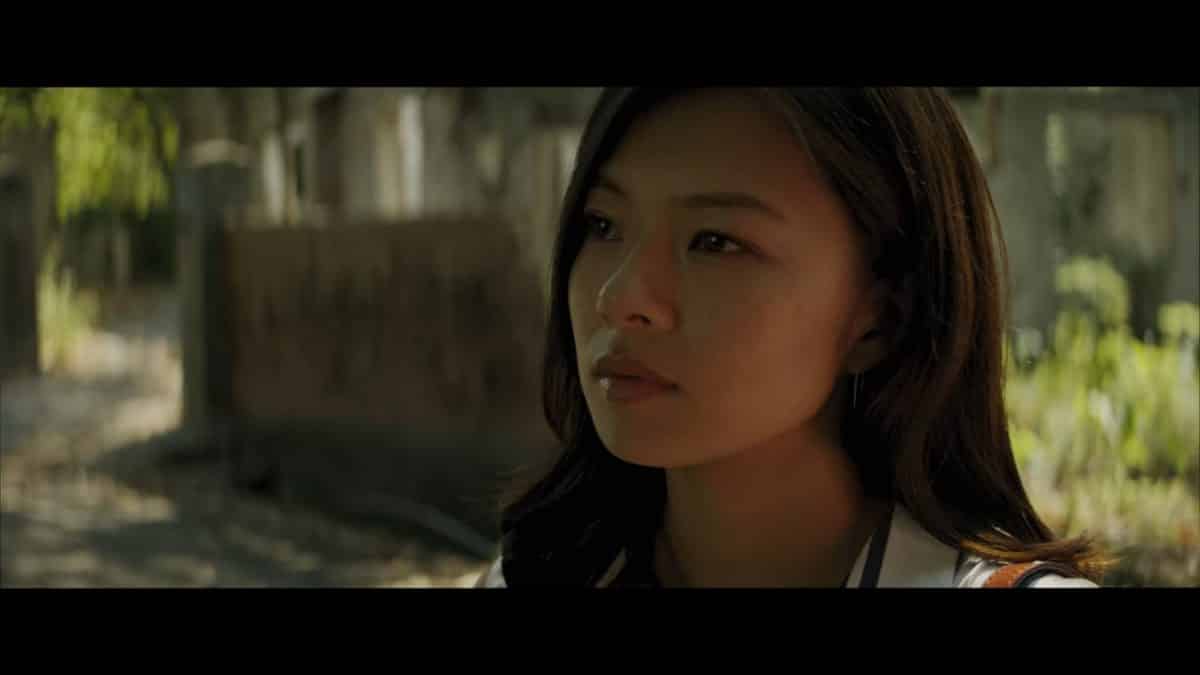 The ending of “Tigertail” isn’t outright happy. Many things are done by Pin Jui to try to course-correct his life, but some people have moved on, and for others, he has to make a real effort. Which, for Pin Jui, isn’t something he is used to doing in his personal life, so he struggles. Yet, it seems with recognizing how much he lost in the pursuit of money and a better life for himself, his ego even, there is a need to break open and genuinely share what he has. To go beyond the obligation of basic human decency or connection, and truly let someone in and see him without his steely armor.

And it is with seeing that side to him, one that doesn’t seem numb to the world, we get a semi-perfect ending.

It Feels Longer Than It Is

For those who aren’t necessarily into dramas, especially those without some levity to it, this may not be for you. “Tigertail,” despite only being an hour and a half long, could seem longer considering everything is subtle and subdued. There are a few jovial moments, brought to you by Minghua, that liven things up, but mostly you’re set in adult Pin Jui’s mindset. Perhaps with the goal of when he breaks down and releases emotions, you may join him as well. Similar to how things were handled in “12 Years A Slave.” 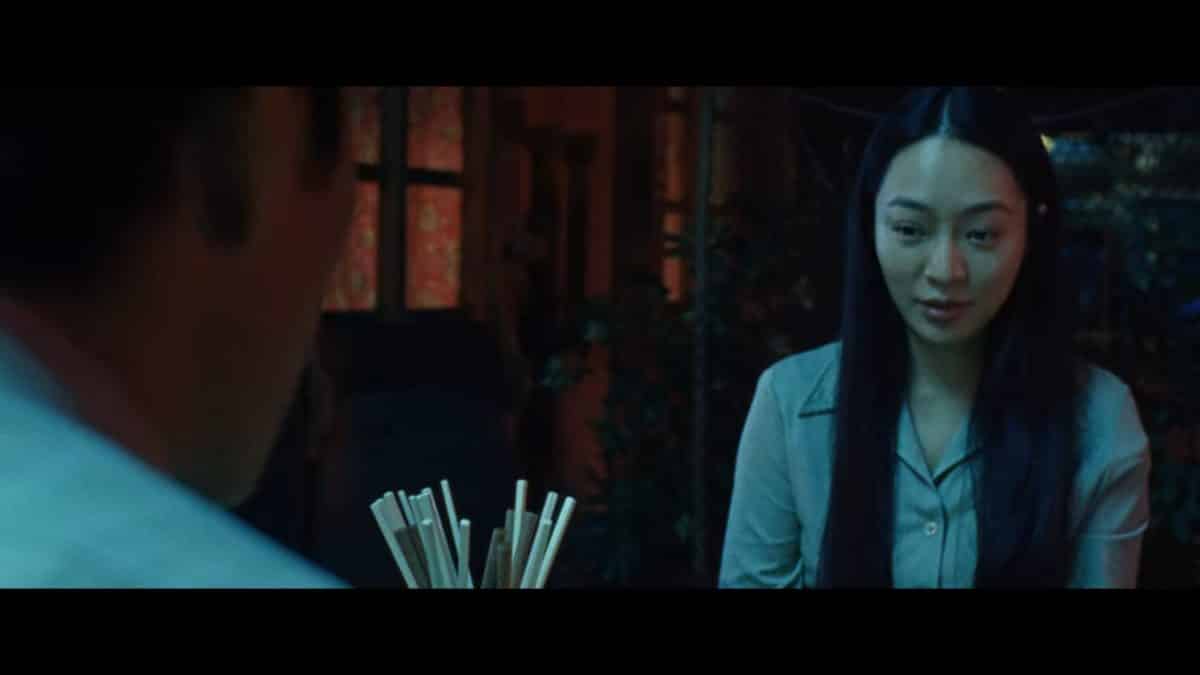 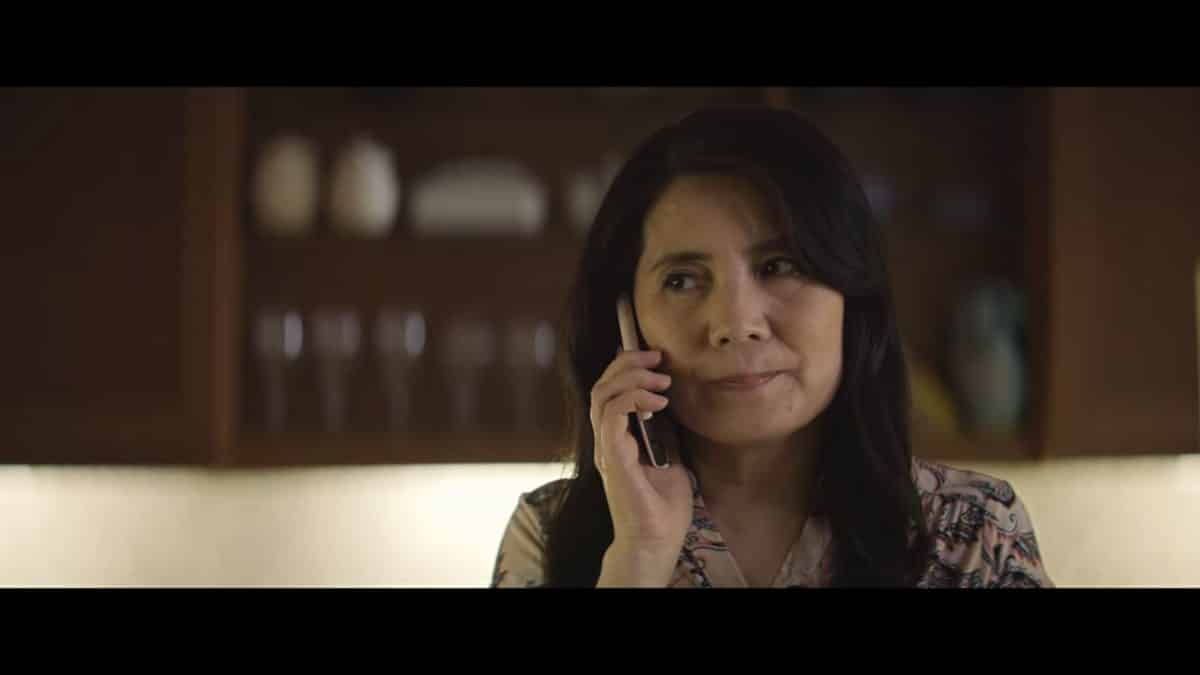 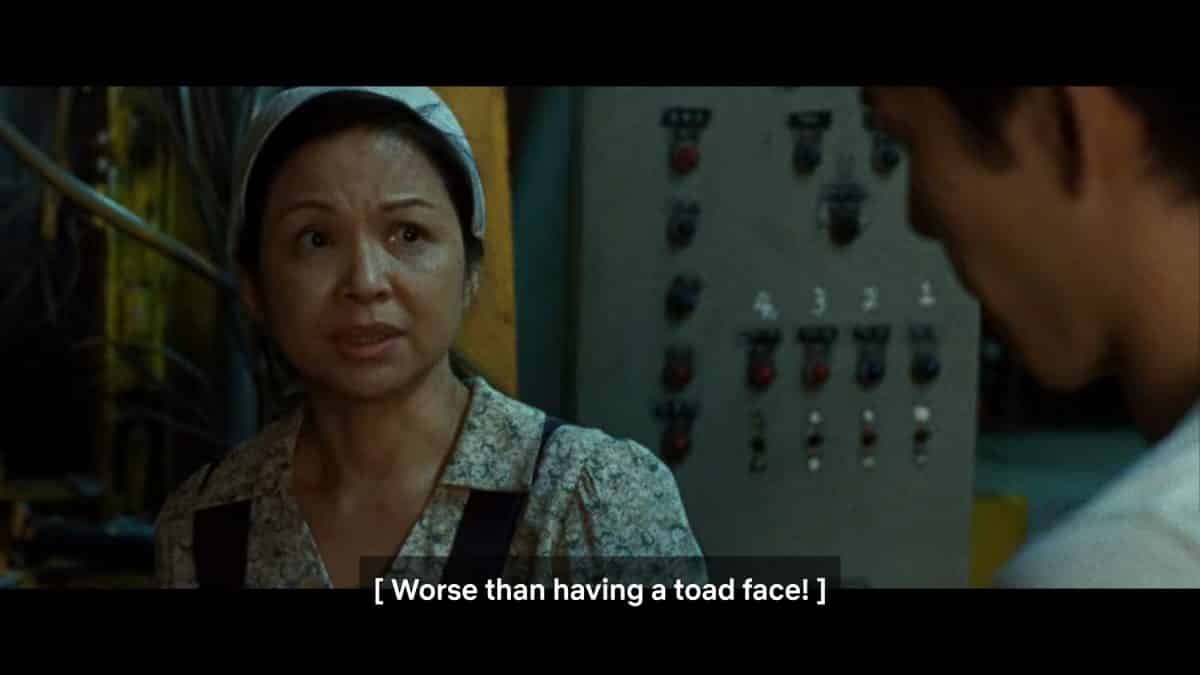 While rated highly, I do strongly feel that this is only going to be something worth seeing for those who like dramas that don’t have much in the way of thrills or frills to them. Not to say this is dry, like a period drama, but it seems more geared towards being true to life, especially in showing Pin Jui and Angela’s struggles vs. seeking to be awards bait. Leaving you with a story that doesn’t seek your appreciation or praise, but simply just is without feeling a need to justify its existence.

After Zhenzhen divorces him, Pin Jui seems to not find love again, including with the sweetheart of his youth, Yuan. For with her married, with a life of her own, while the two do reconnect, they can’t pick up from where they left off. Plus, he didn’t even tell her he was leaving, never mind leaving with a wife, so there is that issues to deal with.

But, while things may never be between him and Yuan, at least they can fully recover with Angela. Someone who goes to Taiwan with her dad, and together they recount the story of his life. Be it the rice fields of his youth, seeing the factory he and his mom worked at, the grave his mom is in, alongside the house they lived in. A place which is no more and seemingly, with realizing how long he waited, how much he avoided and all he has lost over the years, seeing his former home dilapidated broke him. Thus giving Angela the opportunity to truly see her father for all he is, the man and not just the provider. 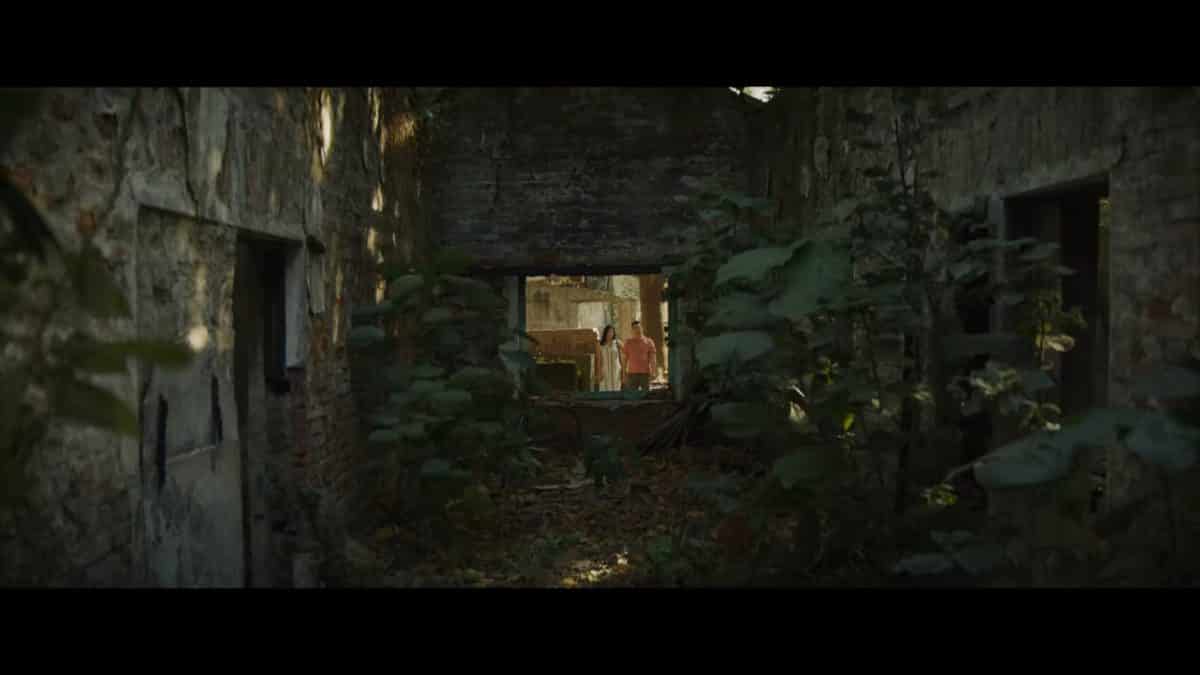 In many ways, this could have a sequel focused on Angela and her journey. First, as a companion piece to this film, and then eventually moving past Pin Jui and Angela trying to not repeat her father’s mistakes.

A Glimpse Into The First-Generation Experience - 84%

While rated highly, I do strongly feel that this is only going to be something worth seeing for those who like dramas that don’t have much in the way of thrills or frills to them. Not to say this is dry, like a period drama, but it seems more geared towards being true to life, especially in showing Pin Jui and Angela’s struggles vs. seeking to be awards bait. Leaving you with a story that doesn’t seek your appreciation or praise, but simply just is without feeling a need to justify its existence.