The Incredible Jessica Jones is the type of film which definitely won’t be for everyone. Like with Girlboss, we are given a character who arguably can be narcissistic, but you can grow to love. Though I can’t guarantee with time that will be true for every last Netflix subscriber.

At 25 years of age, Jessica (Jessica Williams) is just trying to make it in Bushwick, NY. She moved out there from Ohio to pursue her dreams of becoming a playwright but all she is getting is one rejection letter after another. So, like many who can’t do the things they love, she tries to teach and mentor those who may go beyond the rung of the ladder she is at.

Which is something she finds very fulfilling and what helps soften, for a lack of a better term, if not make Jessica approachable. For while rejection letters may pour in, and she is dealing well with a recent breakup with her now ex Damon (Lakeith Stanfield), don’t think she is desperate for validation. Jessica is 100% sure she is dope and is just wondering why others are taking so long to recognize.

Something which may irritate you a bit because Jessica’s self-confidence is on a whole other level. Plus, with the way she treats the guys she uses to try to get over Damon, like Boone (Chris O’Dowd), it pushes you to understand why she seemingly is only close with this girl named Tasha (Noël Wells). Though, like any and all complex people, as the layers are pulled back you may come to accept Jessica as she is. However, I make absolutely no promises.

Not Your Usual Urban Area 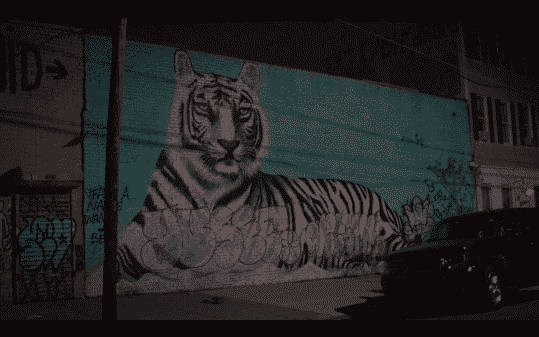 I don’t know Bushwick, Brooklyn, New York, but I feel like whenever someone talks about urban spaces in movies, especially the kind working class people live in, it is usually visually met with drug dealers and things of that nature. Thankfully, The Incredible Jessica James doesn’t play into that. It shows that rich people definitely don’t live in the area, but it doesn’t present the neighborhood as crime infested. It gives us a sense of culture and possibility and may not present Bushwick as glamorous, but definitely a place some would call home and rep.

With arts funding usually the first to go whenever there is a need for budget cuts, it seemed so important to showcase what it means to kids. For example, there is this 11-year-old girl named Shandra (Taliyah Whitaker) whose story mirrors Jessica. Through her, we see how this opportunity to express herself in a safe environment, imagine something outside of her world, helps her come alive.

Also, in the process of watching Jessica work with these kids, so begins seeing her as more than this kind of rude millennial who seems full of themselves. For you can see she is really invested in these kids doing well and while she crosses the line with Shandra and her mom once or twice, you get the vibe her heart is in the right place. It is just she lacks common sense in some areas.

A Coming of Age Tale Featuring a Black Woman

When it comes to coming of age stories for young women, there are very few featuring Black women. Just off the top of my head, the only other ones I can think of are Girlhood, Some Girls, and it kind of ends there [note]Though I’m open to suggestions[/note]. Outside of that, while they may exist, they don’t exist in the same capacity. As in, we don’t see them easily accessible like on Netflix or at a local theater. You have to really peruse the internet to discover them for, on top of accessibility, they don’t seem to get marketing either.

So for The Incredible Jessica James to try to fill that space I think is noteworthy. For while Jessica isn’t my definition of relatable, I’m sure someone out there was looking for someone like her. A girl who is tall, outspoken, yet still has some insecurities. Who doesn’t always fit in and may not openly seek out validation but appreciates it when it comes. For as callous as she may sometimes seem, she is still human. It is just between disappointment and other factors, her coping mechanisms may rub people the wrong way.

The Whole Damon and Boone Situation 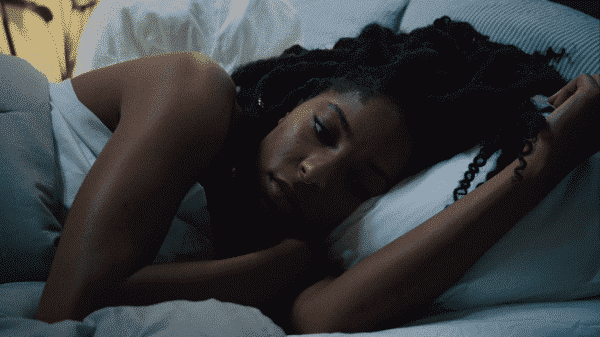 While having a female lead without a messy and complicated love life seems foreign, I honestly just couldn’t wrap my head around whatever Jessica had going on. If only because, on one hand, she deeply misses Damon, yet it seems she may have been the one to break up with him. However, she is mad he just accepted it maybe? I don’t know. Like with the first episode of season 2 for Insecure, it isn’t fully clear what maybe dreams or reality. Much less, how much these dreams are based on real events.

Then with Boone, he is just out of place really. The way O’Dowd plays him is similar to the usual weird older guy in the coming of age movies women have. He is clearly past her maturity level and yet seemingly, because of his own issues, he is into her. But while most men in his position present some sort of charm and being suave, he just remains this odd dude with issues. Not the kind which makes him seem creepy, but with him being recently divorced, you can see that really this is a man who probably needs his own movie. However, since no one was buying that, it got slapped onto this.

Jessica Isn’t For Everyone

Jessica sort of walks that tight rope between someone who you admire the confidence and self-love of with being a narcissist. And while I mention how the kids kind of soften her up, if not reveal layers, and Boone certainly tries to as well, she ultimately is the type of character you either accept as is or not. For, similar to Sophia in Girlboss, it seems like she is comfortable with who she is and isn’t trying to adapt to others much to make them comfortable.

Something which may irk you but also maybe inspiration. After all, she is 25 and seems rather comfortable in who she is personality wise and what she wants. Yes, in terms of her career, she is a bit unsure of herself, but otherwise, she is completely and utterly Jessica James 24/7 and will crotch chop or flip the bird to anyone who doesn’t like it. 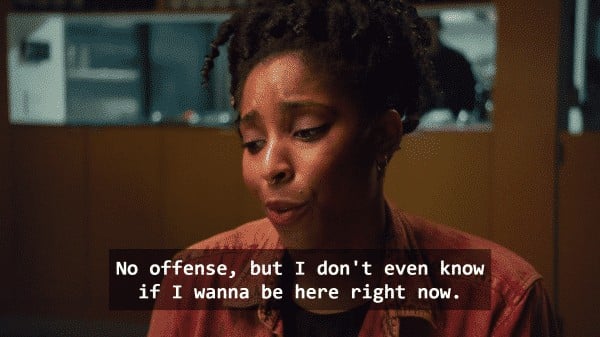 A part of me feels The Incredible Jessica Jones would have been better as a show than a movie. In fact, when the advertising first popped up, I thought this was going to be a series. For the issues I see in this movie are some of the ones I saw, and many others did too, early on with Girlboss. You are given a character who is obnoxious to the point that you almost want to question why would you invest in her? Yet, with time, and the layers being peeled back, I feel like there is a journey not toward you understanding or loving Jessica, but simply accepting her.

Especially since Jessica’s story feels rushed. So rushed that we barely get to know her family, understand the issues she and Damon have, much less get to see her and Tasha hang out. Making it where, while it is understood there is more to her than meets the eye, we unfortunately don’t get to experience that.

Hence the mixed label for while I love the representation and messages, this film disappoints in terms of character development and story.