The only difference between most action movies and Atomic Blonde is Charlize Theron has a better choreographer/ stunt double than the rest. As for the story? While it has a few twists and turns, it isn’t anything which will make this more than a one and done.

It is but days before the fall of the Berlin Wall and agent Lorraine Broughton (Charlize Theron) is sent from London, her home base, to Berlin to assist Agent David Percival (James McAvoy) in retrieving a spy list. One which, if it fell into KGB hands, would mean the cold war would continue for decades.

But, as we are dealing with international spies, naturally there is the constant question of loyalty and who has a faithful allegiance to their agency. Especially as temptation is all around in terms of bodies to have sex with, money to gain, and power to hold. Leaving us wondering, as Agent Lorraine leads us by the hand, who is the liar, who is the thief, and who maybe playing her, if not us, for a fool?

Out of all the actresses who fight for the crown that Angelina Jolie once held, as in the queen of action movies, Charlize Theron truly maybe the only one deserving. For while it isn’t clear to what extent she does her stunts, you have to appreciate how banged up she is willing to look and get, alongside how excellent she handles her choreography.

Just to bring some examples into play, the hose fight we see in the trailer seems so much more brutal on the big screen. Alongside that is a fight she has in a stairway. One in which between elbow blows and her stabbing the goons wherever she can fit a weapon, it makes you wince a little bit. Even this one on one fight she has in which she smacks the hell out of this guy with a hot plate may make you question your tolerance for violence.

For those who have ever been in a real fight, you know they can seem like forever but really only be a few minutes. Of which, half way through, you end up tired as hell. For between being thrown, hit in the gut, head, leg, and what have you, your body is not ready for what a lot of movies make it seem you can handle. And while it is noted Agent Broughton is one of the top spies, they show that you can’t go day in and day out fighting men around twice your size and not end up with cuts and bruises.

Something I appreciated for it helped add a sense of realism. For while Agent Broughton is well trained, she still takes a lot of hits, falls, is in multiple car accidents, and barely misses getting shot multiple times. So seeing all the damage that did to her really helps you appreciate that some of those bruises very well may not have been makeup but Theron’s actual body after all the training and filming.

I enjoy seeing an attractive naked body like most people. However, I didn’t find the point in Theron’s nudity nor Sofia Boutella’s as French Agent Lasalle. In my mind, it was just for the sake of tantalizing. Like the sex scene Boutella and Theron share. There doesn’t seem to be any real purpose to it at all. Well, besides giving something for the audience members who enjoy the female form.

So Not One Bullet Hit?

While in hand to hand combat Agent Broughton gets knocked down and caught off guard, surprisingly she doesn’t seem to take a single bullet in the movie. Which is quite amazing since there are times there is really only a wall, wooden door, or a couch between her and either a hand gun or a sub-machine gun. So, with all the casing and bullets we see flying, the fact Agent Broughton we only see with bruises seemed a bit off to me.

The Story & Its Twists and Turns 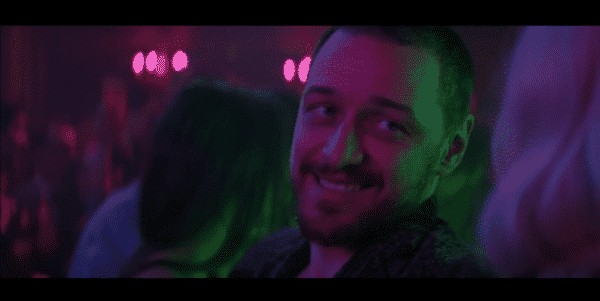 Having great action scenes comes with a bit of a caveat. For after watching flinch worth violence, there is a need to let your audience’s nerves relax. Give them some time to not become adjusted to the violence. But, that period is unfortunately when you are trying to progress a story. One which, with Theron playing a sort of disenchanted and detached spy, means that the audience has to really care what is going on for the story to matter.

And while McAvoy tries to play up his charisma to bring you into the story, arguably it isn’t enough. For while there is talk of double agents, the illustrious Russians to worry about, more than just three countries [note]The French, British and Russians[/note] trying to get this list and the worry of the potential fall out, you never get the vibe something horrible is going to happen. You aren’t left with the impression Agent Broughton has the potential to fail so the story just becomes the string connecting fight scenes.

Which I’m not saying you may not get into, but this does seem like the type of action movie where the story is a secondary focus compared to the action. 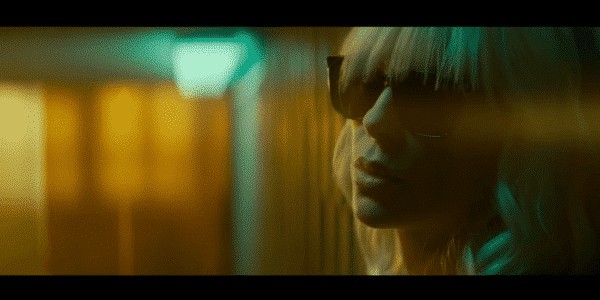 While Atomic Blonde is another quality movie from Charlize Theron and James McAvoy, it ultimately is a forgettable one. For while the action may make you flinch, none of the scenes scream iconic. Put alongside that the type of story which seems almost muted compared to the violence and sexual content made to purely tantalize and you don’t got much here.

Hence the mixed label for while a likable film, it isn’t impactful. It isn’t going be the official breakout role for Boutella, Theron doesn’t become the undisputed queen of action movies, nor does McAvoy do something truly noteworthy. What we get is something above being considered mindless yet below something which has to be seen more than once. For, in the long run, while a fun film to watch, Atomic Blonde will probably exit your memory within a week of seeing it.