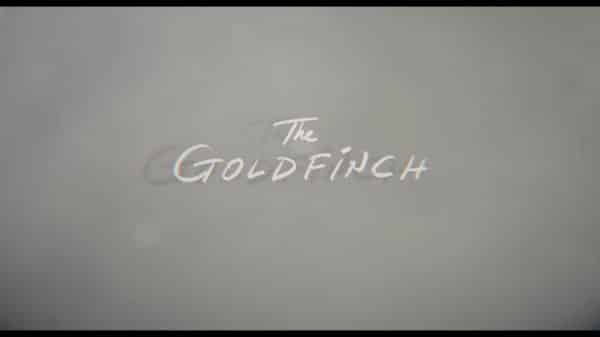 The Goldfinch, while definitely longer than it needed to be, is far more enjoyable than some may say.

A terrorist attack. One that we are never told the reason behind or why it happened at the Metropolitan Museum of Art. All we know is that day irrevocably changed the life of Theo, Pippa, and a man named Hobie. For Theo, that event killed his mother, led to a stolen painting, and him getting a taste of heaven, in living with his friend Andy, and then going through hell, due to living with his father Larry.

As for Pippa? The terrorist attack leads to her no longer being able to play music and losing her uncle. The man who raised her, alongside Hobie, after her mother died. And as for Hobie? The death of his partner in business, possibly life, Pippa’s uncle Welty, left him alone and the business he had with Welty nearly failing.

However, throughout two and a half hours, things get better. Theo makes a friend in a boy named Boris, and eventually is raised by Hobie and reunited with Andy’s family. Pippa? After moving halfway across the country, she eventually ends up in London with a nice boy. Lastly, in terms of Hobie? Well, while he never finds love in another man, he at least has Theo, Pippa’s visits, and before the end of the movie, a clear conscious.

It Gives You An Appreciation For Antiques

Similar to how Columbus gives you a love for architecture, The Goldfinch pushes you to appreciate antiques beyond their monetary value. Specifically as we hear Hobie and adult Theo talk about the means you can tell something has aged, been modified, and you are presented the idea that antiques, like art, tell a story.

The loving nature of how they both talk about different pieces even negates how obnoxious you may see them as they name drop. For rather than dive into a realm of pretentiousness, it is a reminder of how much artistry can be seen outside of when someone picked up a pencil or brush. That, before machine precision, each chair, dresser, or boudoir was made with time and love and the creation of such pieces was a craft.

Fegley’s Part of The Goldfinch

Young Theo’s story is the saving grace of this rather long film. For whether you are talking about the short relationship Young Theo has with the young Pippa, his life in Arizona with his father Larry and stepmother Xandra, or the relationship he builds with a Young Boris, that is the pipping hot coffee that will get you through this film. Why? Well, the relationship with Pippa you see is tragic, since their stories are so similar, yet loving in a way which makes you yearn for them to be together, heal together, and love one another. Be it as close friends or beyond.

Then, in terms of the drama which is Larry and Xandra, that volatile time in Theo’s life creates the kind of drama that keeps you focused as it becomes clear Larry is a piece of trash. As for Xandra? Well, it’s hard to say if she is the same, but between Wilson and Paulson, they challenge young Fegley enough to make it clear this is his starring role, and he needs to act like it.

But, while the romance of Pippa and drama that Larry and Xandra bring are nice, you can’t discount Wolfhard as Boris. Granted, his Ukrainian accent makes you want to roll your eyes a bit, but you learn to let it go as you come to love his and Fegley’s relationship in the film. Especially this sense of family that Boris gives him in being his odd brother. Someone he can drink with, talk to, and who, when Theo is dealing with PTSD, can calm him down and make it so he can rest peacefully.

For if there is one thing we don’t see a lot of in the film is someone trying to console Theo. Andy’s family, his mother Samantha specifically, might be fond of Theo, but we don’t see them love Theo the way you’d expect they would after he lived through a terrorist attack. Never mind one which killed his mother. Then, with Hobie, as much as he loves Theo, one could submit he saw Theo as a replacement. Someone to step in for Welty, in terms of Theo’s sales acumen, and then Pippa, in the form of raising a child.

Which makes Boris so important since he would hold Theo, talk with him, and unlike Pippa, didn’t run from that day and try to bury it. With Boris, there was an intimacy, which sometimes raised an eyebrow, that Fegley took advantage of to keep you going and not check your watch or phone every ten minutes.

The Length Of The Film

But, with that said, you will check how much time is left. Mostly due to the film not really building towards anything. For without reading the book, to have a general outline, you may wonder if the film is just about Theo piecing together what happened the day his mother died, and he stole a painting? When, in fact, the movie ultimately is about why he stole it. How the painting reminded him of his mother, Pippa, and perhaps one of the final days he was happy.

Something which doesn’t take two and a half hours to detail.

But perhaps the big issue is that Elgort, as much as he looks like a leading man, is the kind of actor who needs a good screen partner to flourish. Leave him on his own, or with someone who doesn’t have lead character charisma, and he doesn’t necessarily flop, but he can bore you. However, perhaps the bigger issue for Elgort in The Goldfinch is that you can compare his performance to Fegley. Then, when you throw in comparing the young version of each character to their adult counterparts, you get a similar vibe to the new IT movie.

That is, you feeling heavily invested in the younger version of characters and when the baton is passed, you not emotionally feeling that same connection. Instead, you await for the younger version to return, as Fegley does repeatedly, and feel you just have to suffer through the adult versions.

The sole issue of this film, to me, is the time length. It is too long and while Fegley makes the most of his screen time and the younger version of many of the cast do make the length forgivable, their counterparts ruin a lot of the goodwill they build. Not by being bad performers but simply not living up to the foundations set for them. Hence the mixed label.

It Gives You An Appreciation For Antiques - 85%

The sole issue of this film, to me, is the time length. It is too long and while Fegley makes the most of his screen time and the younger version of many of the cast do make the length forgivable, their counterparts ruin a lot of the goodwill they build. Not by being bad performers but simply not living up to the foundations set for them. Hence the mixed label.