The Death and Life of Marsha P. Johnson – Recap/ Review (with Spoilers) 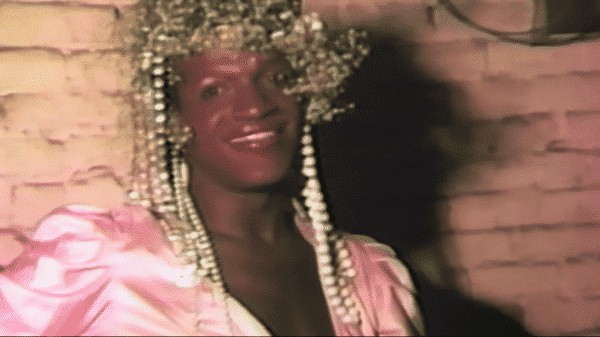 While, at first, the title of The Death and Life of Marsha P. Johnson may seem kind of off, what it is, is a reminder of how her legacy lives on through her years of activism.

Victoria Cruz, of the Anti-Violence Project in New York City, acts as our guide into understanding not just who Marsha P. Johnson was, but also who she inspired and affected. For in Marsha’s time, as a very visible trans person in drag, within a less than liberal New York City, she was a sort of mother. The kind we have heard and seen in other trans-focused documentaries like Paris is Burning and Kiki. Just minus the whole ball element. For the type of mother Marsha was, she was the kind that was all for glamour but was also about having the ability to live freely as well. Something you see through archival footage, hear in her speaking, as well as hear from peers.

However, The Death and Life of Marsha P. Johnson isn’t just about her. It is also about the people who keep her legacy and name alive. Be it Sylvia Rivera until her death, Victoria Cruz now, or the many people who shall take up the torches when they pass on. For with such things as “The Panic Defense” and a high rate of unsolved and lightly prosecuted murders of trans women, the work isn’t done. Yes, two men or women can get married but, as also noted in Kiki, while those who represent the first three letters of the acronym LGBT got rights and major steps toward equality, the T has been left in the cold and abandoned. Forced to fight for themselves without the huge resources that were put into things like marriage.

Yet, they soldier on. For it has become clear that, if they don’t, who will?

Marsha As a Trojan Horse To A Bigger Picture

Despite her name in the title, this documentary isn’t solely about Marsha P. Johnson. She is the lead, one of the major focuses, but then the focus gets spread out. Marsha, as she likely was in life, is a beacon made to guide you to others who mattered in the movement. Like Sylvia Rivera for example. Though she died in 2002, with the noting of S.T.A.R and her place in the trans civil rights movement, one could argue she holds as much top billing as Victoria Cruz or Marsha.

For what you are given is this sense that, what David France and co. sought out was the various possibilities that could have been Marsha’s life. In Victoria, we see what Marsha could have been if she lived. Someone on camera shedding light to injustices, showing up for the dead to let them know they aren’t forgotten and someone cares about them getting justice, and more. Through Sylvia, we are treated to seeing the role Marsha could have continued to have as a mother in the community. Albeit a less radical one than Sylvia was, but someone who, alongside Janet Mock, Laverne Cox, and others, would have been the face of what, or rather who, Trans people are.

But then there is Islan Nettles. A trans woman whose trial is sprinkled throughout the movie and reminds you of Marsha’s end of life. Someone who, because they were trans, didn’t conform to the gender assigned at birth, was treated as lesser than. For with her killer, James Dixon, only getting 12 years, compared to the max of 25, what does that say? While still a long time for anyone to be in a cell, what does it mean when the person gets a sentence more toward the low end than max? Does it mean the murder means less?

Those topics, among many more, are what the beacon of Marsha P. Johnson’s name allows to be heard. Reminding you that, even in death, a person can give people the life they need to fight on. If just to make all the work their predecessors did not be in vain. It isn’t made fully clear how long Cruz was investigating Marsha’s death, but what is made clear is how difficult it was to get answers. Those within government showed either incompetence or just no desire to cooperate. Marsha’s associates were good for providing directions, one even, Miss Kitty, was to give a better time frame of Marsha’s last day than cops, but there were little to no definites. Even in terms of the role of the mob maybe being part of it, especially considering Marsha’s former roommate Randy was trying to expose and overthrow them, there isn’t a clear answer as to who killed Marsha.

Leading to many an expression by Cruz of shock, disgust, or tears. Some of which aren’t funny at all because, with her being a survivor of an assault, this case is no laughing matter. She herself could have ended up dead with a cold case somewhere. However, seeing her various looks as she dealt with some of the nonsense given acted as comic relief in a rather disheartening film. 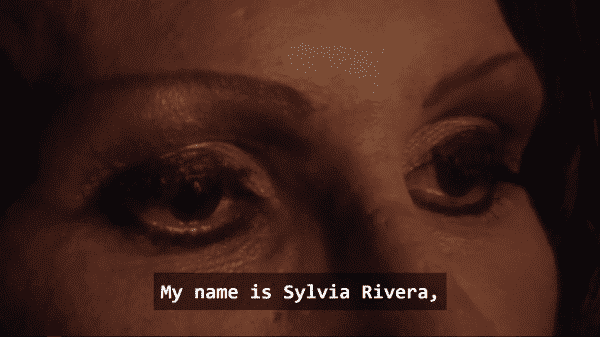 As noted, Sylvia Rivera plays a large role and one could argue The Death and Life of Marsha P. Johnson gives you a crash course into who she was. Be it to Johnson or on her own. For with us seeing the S.T.A.R project, her 1973 pride speech, how Marsha’s death sent her into a downward spiral and then her rebirth later on, it is like a project which couldn’t get the funding it deserved was combined with one focused on bringing justice to Marsha. Which I mean in the most positive way possible.

Doesn’t Dig Deep Into Marsha’s Personal Life, Especially In Terms of Who Malcolm Michaels Was

While the death of Marsha P. Johnson is talked about, and how much her life meant to others, we don’t really get to know Johnson as anything but a loving activist. There isn’t much said about life before she would trek the village, and just looking over her Wikipedia article, it seems we might have only been given the rose-colored glasses version of Marsha. For between certain mental issues and a temper, it seems this sweet, eccentric drag queen wasn’t all Marsha was.

But I guess, just like Black folk do their best to defend Martin Luther King Jr.’s legacy against criticism and his alleged dalliances, Marsha, the MLK to Sylvia’s Malcolm X, also had to be made and kept this approachable figure. One who may have physically made people uncomfortable but could be seen as seeking peace and loving. While the name recognition of Marsha P. Johnson arguably is used more so to present how trans rights have barely moved over the past 20+ years, than for us to learn about her or Malcolm, The Death and Life of Marsha P. Johnson is still worth seeing. For even with it not getting that deep into its subject matter, with us getting to know Sylvia Rivera better, how Johnson’s legacy lives on, and it shedding light on how injustice continues, it allows us to see how Johnson still is a beacon of hope and advocacy. Even in death.