The Book of Henry – Summary/ Review (with Spoilers) It was hard to not take an interest in The Book of Henry. It begins with you thinking this will be a love story between yet another child genius and a girl from a less than stellar home environment. However, then it evolves and you realize the kid is a psycho and he plans to kill his crush’s dad to save her. I mean, damn.

For more on The Book of Henry, look below.

At 11 going on 12, Henry (Jaeden Lieberher) is not only a genius, but he is running his household. His mom, Susan (Naomi Watts), works as a waitress while Henry goes to a normal school, trades stocks, and pretty much handles the family’s finances. Something which we see goes beyond him pulling his weight, but rather Susan outright depending on him.

But it isn’t just numbers Henry shows he is capable of handling. He also shows that he can plan a well thought out murder. His target? Glenn Sickleman (Dean Norris), the next door neighbor. You see, he is the father of Christina (Maddie Ziegler) who is Henry’s crush. Not to the point of them hanging out or anything, but they’re cool. But with him knowing, documenting, and reporting Christina being abused and no one doing nothing? He decides to take things into his own hands. Thus leading to a detailed little red book and cassette detailing the perfect plan to execute, and get away with, the murder of Glenn Sickleman.

I must admit I got teary eyed throughout the first half of The Book of Henry. After all, we are dealing with your usual sweet and innocent looking kid going through something horrible. But, alongside that, you have Susan’s tight-knit family. Which, while Henry truly acts like the man of the house, at the end of the day, he is still just one of her sons. The other one being Peter (Jacob Tremblay). Someone who adores his big brother and with them bonding and him caring about his feelings, it was touching. Making it so, especially toward the film’s climax, you can almost forget that Henry is a psychotic little kid who planned a murder so well that even if he didn’t execute it, the person who did could get away with it.

So, We Aren’t Going to Address Henry is Psychotic? 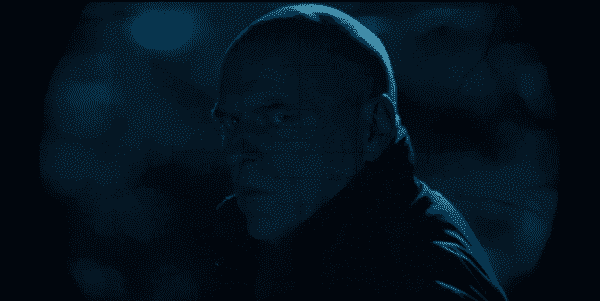 Skipping over a major detail, I was surprised that Susan never took a moment and realized she raised a psycho. I’m talking about, the people you see on the news who shoot up a school or a mall. The king who we get told “But he was such a good kid” kind of psycho. For really, the amount of research and detail into finding the right bullet, gun, and where Glenn needed to be positioned was just a bit too much to let go.

Not to downplay his reasoning, because I get it is to save this girl he cared for who is being raped. However, there comes the question of what would happen after? Would that be his first and only kill or would Susan have a vigilante on her hands? He made it clear, after watching some woman get roughed up in the market, he can’t stand apathy. So, it was unfortunate that whole aspect of Henry got glossed over. Much less, the first half of the movie sort of gets used to bury the idea Henry isn’t twisted.

Oh, but let me add, I found it so amusing how quickly, and how long, Susan ended up going along with Henry’s plan. But, again, the movie doesn’t really peer into how crazy Henry is, nor perhaps his mom to a point.

As noted, the film had perhaps one of the most intriguing trailers. The idea of this nerdy kid falling in puppy love and him having his mom save her with a bullet to the father. But the thing about trailers and intriguing ideas is that the execution is nearly always off. This film is no exception. For there honestly, comes a point where you are just wondering when Susan is going to shoot this man. You’ll even be looking at your watch, phone, or what have you trying to figure how much longer you got?

This especially becomes true after the film’s emotional climax for then it is clear there is nothing else to look forward to. You are seriously just waiting to see if and when Glenn will get his comeuppance. So you will literally be sitting there for around a half hour just waiting for it to happen. While this tale of a genius psycho was interesting, it didn’t necessarily maintain my attention. For while Henry’s relationship with his mother and brother were sweet, they weren’t so strong they made the movie. And even when you add Christina and what happens to Henry in the middle of the movie, you aren’t given this vibe that the emotional foundation is so strong the film can switch gears and become a murder plot.

Hence the Negative label. For while I would love to label this as mixed, I just can’t. I truly can’t get over the fact Henry gets humanized as much as possible. Making it so that when it is revealed how crazy he is, it doesn’t have its true impact. You are just made to be so focused on Glenn being a rapist. Leading you to forget his murder is being planned by a child who studied ways to get away with the murder.