Wherever I Look
Recaps, Reviews, and So Much More
Home Movies Riot Girls (2019) – Summary, Review (with Spoilers)
Movies

Riot Girls may sometimes feel more like a concept film than a completed vision, but it lays enough of a foundation to be enjoyable.

We’re dropped into Potter’s Bluff, a city whose adult population have died off due to an intestinal disease with no noted origin or cure. Thus, only those who are high school-aged and below survive. Leading to the city devolving into what can be seen as the wild west on the East Side of the town, and the West Side becoming a totalitarian regime under a kid named Jeremy.

He isn’t our lead though. Our leads are Scratch, her love interest Nat, and Nat’s older brother Jack. One of the few, if only, groups we meet that live on the East Side. But, with the East Side not having much in the way of organization, supplies, or food, it sometimes means those who live on the other side of the bridge have to cross over, and that’s when trouble starts. 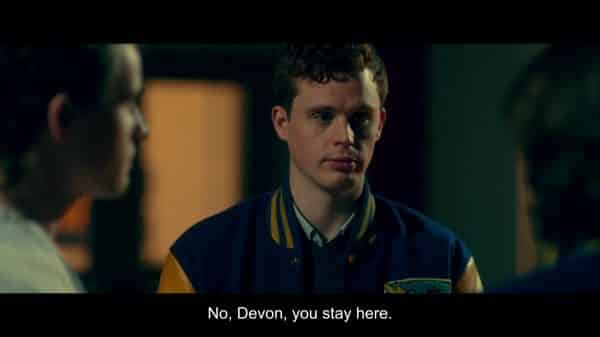 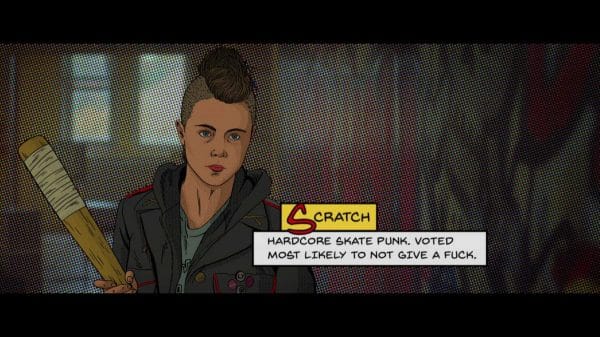 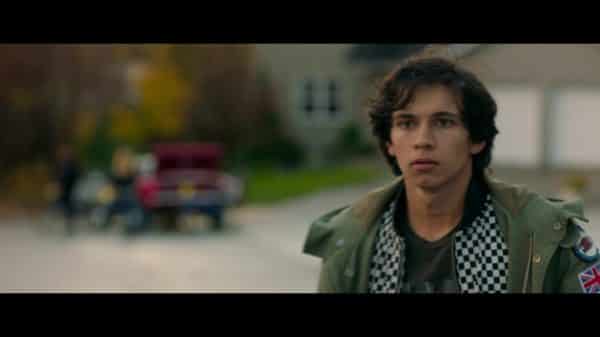 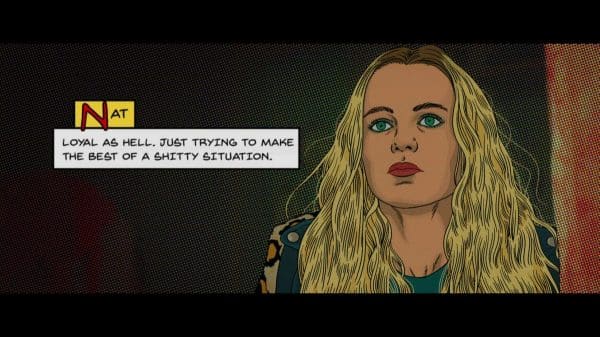 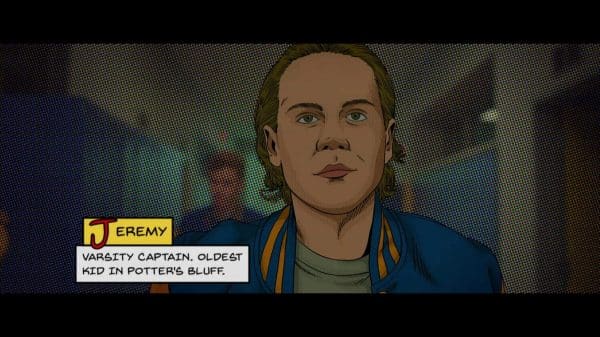 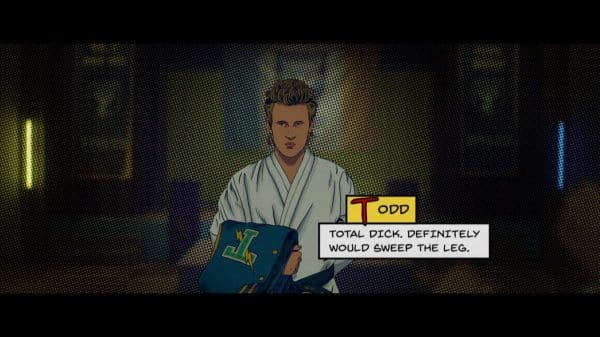 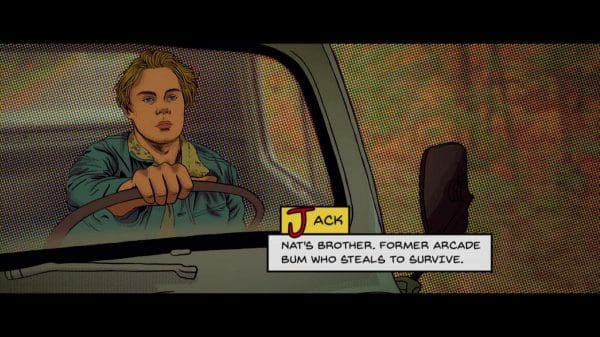 Riot Girls doesn’t go into excessive details about anything. After all, those who could tell us more about the disease are dead. So who or how could it be explained, never mind whether the cast could succumb to it? All we are left to know is that within a few weeks, the jocks took over one half of the city and the other half is filled with those who didn’t want to live under Jeremy’s regime.

Which, unless you’re particular, should be good enough. You are presented with this evil, draconian, leader who rules with an iron fist, has some form of prison labor, and rules with fear. Then you have what almost seems like nomadic people. The kind who, since they lack organization, have no choice but to steal from the organized who, by the way, aren’t filled with happy little citizens. There are some who Jeremy knows would love to overthrow him and also he has leaders on his own team who disagree with his ways.

Making it so, yes, there is an almost checklist in storytelling going on, but it isn’t all bad.

The Violence May Throw You Off A Bit

Being that the story and characters are just okay, it makes the violence a little shocking. Perhaps the best, and most jarring, an example being when someone gets shot in the head, and you don’t just see a mass of blood and a body fall over. Instead, we see right through the skull, and that makes your eyes widen a bit since this doesn’t seem like that kind of movie.

However, Riot Girls pushes the idea that while it may not deliver the best performances, characters, or overall story, it can give you graphic violence.

When It Uses A Comic Book Style

Unfortunately, comic book panels aren’t consistently used throughout the film. Be it for budget reasons, not knowing the best placement for them, or what have you, we see it in the beginning, rarely in the middle, and then revisited in the end. Which stinks for you could imagine the panels could help flesh out the background of what is going on beyond past the first few panels we see and the inconsistent character introductions. So consider this a nice, but ultimately wasted, feature.

When it comes to indie films, there is always the issue of time, money, and having some flexibility to deal with the first two problems. Which often leaves those behind the camera having to adjust their ambitions in order to try and get the gist of what they wanted to say out there. With Riot Girls, you can see the desire to show how society wouldn’t become a utopia if all the adults died off. How classism is still rampant and issues like toxic masculinity continue to plague society and keep it from reaching this ideal so many believe will one day come.

But that’s a very optimistic viewpoint on what the film wanted to say. Others, admittedly, may feel this film isn’t much more than a us vs. them movie which has thin characters, lacks people of color in notable speaking roles, and tries to compensate for its flaws with notably violent moments. Which is why we’re saying the film feels rushed for there is this potential to say something beyond the surface, but it’s hard to say for sure if that was the goal or this was just supposed to be mindless entertainment.

Riot Girls is the type of movie that has untapped potential, but you can’t look towards the creators but more so their budget as to why it didn’t live up to what it could have been. For with the comic book panels, you see how they could have compensated for characters not talking about the past and just worrying about surviving today. Also, while the foundation is thin, you can imagine what it could have been with more time to flesh things out, actors who were either less green or were able to punch up the script with their performances.

Hence the mixed label. Riot Girls, unfortunately, is a film which, at best, gives an example of what Vuckovic and Collins are capable of rather than a work which shows you their full vision. Leaving you wondering what could have been and filling in the details in your head since they didn’t appear on screen.

Thanks to Scratch having no issue murdering people, she, Nat, and Sony fight their way into Jeremy’s high school compound to rescue the kidnapped Jack – who is facing charges for stealing and murdering Jeremy’s men. But, after a thorough ass-whooping, Todd, who is Jeremy’s executioner, is shot with an arrow by Scratch and not soon after, Nat sneaks in and kills Jeremy. Thus, Jeremy’s reign ends and his kinder follower Devon takes over and begins a new era. One with less of an iron fist and, from what it seems, no one plans to contest him ascending despite recently being demoted.

Considering there likely are people who don’t think Devon deserves to rule over the west side, there could be a sequel. Add in how few people we’ve met on the East Side, and of course the outsider world having so much going on, between a sequel or a series, a lot could be done. The problem is, like with this film, would said series or sequel get the budget needed to tell a proper story?

Riot Girls, unfortunately, is a film which, at best, gives an example of what Vuckovic and Collins are capable of rather than a work which shows you their full vision. Leaving you wondering what could have been and filling in the details in your head since they didn’t appear on screen.