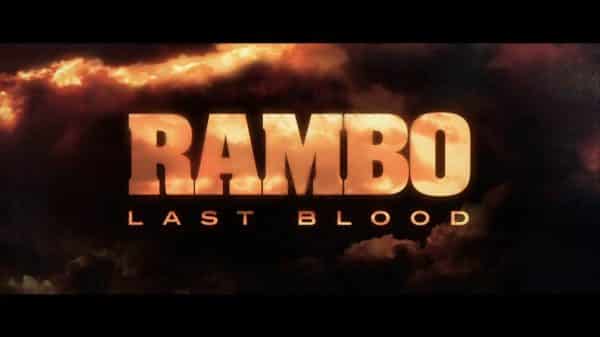 While the story of Rambo: Last Blood is weak and may cause think pieces, you may find the violence more than compensates.

For over 8 years, John has seemingly calmed down, took his meds, and focused on the shared custody of Gabrielle. Someone who is like a daughter to him and her acceptance, her love, getting to watch someone grow up, it is what brings him joy and helps him deal with his triggers and trauma. However, while John is haunted by what he has done, Gabrielle is haunted by her father’s absence. Thus, she goes to Mexico, and her life is never the same and what happens to her in Mexico triggers the murder machine in John to come out.

The Violence Is Astonishing

Rambo: Last Blood is a hard R. It alludes to Gabrielle being raped, drugged, and in John’s revenge, we see men penetrated, their heads cut off, and just mutilated in ways that will make you flinch, gasps, and be left with your mouth agape. I mean, this film will really help you understand where your tolerance level is.

Now, mind you, a lot of the violence is in quick cuts, so it doesn’t linger too much on the more gruesome scenes. However, the violence escalates, and is diverse enough to make the latter half of the movie fly right on by. Making you wonder if you really sat for a 90 some odd minute movie.

So, John Can Set-Up All These Traps Yet Doesn’t Think Of Wearing Anything Bulletproof Or Resistant?

While I get bulletproof vests add on 20+ pounds, considering John was going up against a sex trafficking army, you’d think he’d be prepared beyond having guns, explosives, and his bow ready. Not that a vest would do much against a machine gun, but you’d think he wouldn’t just rely on tricks, the dark, and leg muscles to keep from being shot.

The Story Calls For Cheap Sympathy

With Gabrielle being a new character, and Stallone and Cirulnick likely knowing no one came for a mushy movie, her development is quick, cheap, and she is simply used to give John a reason to kill. Which sucks since Gabrielle does have this potentially interesting story. Yet, rather than show John raise her, deal with her father when she was a kid, and really hone in on their connection, she is just introduced, given a quick backstory, and discarded, once she serves her purpose.

If Rambo: Last Blood cared about the story, it could have been an awesome movie. However, instead it seems all the time and effort was put into how messed up of a situation they could put Gabrielle in, to justify old school Rambo coming out, paired with gruesome ways for Rambo to get his revenge. Which, in many ways, is what saves the movie, but it also makes you wonder should that be enough? Hence the mixed label.

While Rambo does find Gabrielle, after she spent days, if not weeks drugged, raped, and beaten, when he does rescue her she dies before they can reach the US border. Thus, John plans his revenge. He starts by hunting Victor, who cut a V into his and Gabrielle’s cheek, and leaves him headless for his brother Hugo to find. Following that, Hugo crosses the border to get revenge, and between the tunnels, and his barn, Rambo picks off one after another until there is only Hugo left.

Then, he pins him with arrow shots to each shoulder, and Hugo’s legs, and then opens him up with a knife and pulls his heart out. Leaving Rambo with a whole bunch of bodies scattered on his Arizona ranch, and him with multiple bullet wounds. But, with him still breathing, walking, narrating, talking about keeping memories of people alive, he isn’t dead and doesn’t seem like he is planning to meet Gabrielle on the other side either.

Well, Rambo is alive so it is possible. The only thing is, he came out of retirement solely to save and avenge Gabrielle. So what could trigger him to kill again? He says he has no one now so outside of someone of the military calling him for one last hoorah, which I doubt Rambo would do, this looks like the end.