Wherever I Look
Recaps, Reviews, and So Much More
Home Movies Out Of Bounds (2019) – Summary, Review (with Spoilers)
Movies

A conspiracy, multiple murders, and gang life weighs over Travis’ head. Making dreams of getting into college, the NBA, the only thing which may keep him from becoming a statistic.

Out of Bounds Plot Summary & Review

Travis comes from a family which is dysfunctional, yet they still have each other’s back. His older brother Rico handles the bills, mother Brenda struggles but does her part, and so Travis was just supposed to focus on school and basketball. However, with Rico being of the streets, he gets swept up in hood politics, and without his income, things begin to fall apart. Thus, Travis steps up and between taking care of himself, his mom, and the new lady in his life, Naomi, things get hard. Hence why he seeks mentorship from folks like Money Mo’ and others. Only to end up learning why his brother ended up in the penitentiary.

A Different Way Of Dispelling Innocence 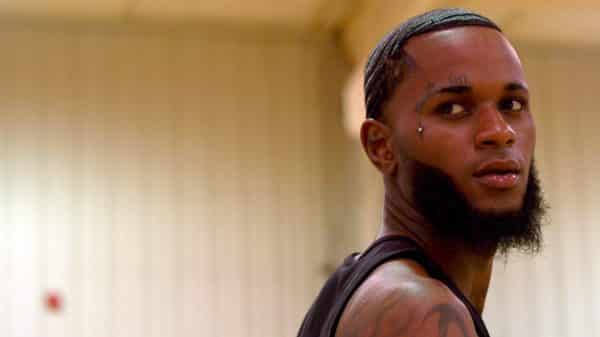 While Travis is fully aware his older brother is in the drug game and mother is a customer to someone, there still remains this sort of innocence. The kind we don’t often see when it comes to urban dramas without the character either being fiercely shielded or having a learning disorder. However, neither are present in Travis’ life. He may not be on the road to Harvard, but he’s street smart and gets people to a point. Which makes the coming of age factor for him, understanding who has his best interest and who doesn’t.

For, think about it, there is no good guy or bad guy since Travis is a young Black male growing up in an impoverished environment. People like Agent Parker, those aren’t trusted figures. They are the people who can haul his brother away, possibly kill him on suspicion, or abuse their power. Presenting us with the idea that not all skin folk is kinfolk. Yet, when it comes to Rico and his people, like Murda, just because they are in the drug game doesn’t mean they are bad people. Like Travis, they are from an environment with limited opportunities, and if basketball doesn’t work out, he may end up on the block with them.

Which makes Travis having to learn to decipher who is friend or foe, when there is so much grey, his personal challenge. If not one that, for those who grew up in Memphis, maybe in urban areas in general, have to navigate. Not just if they are affiliated or may end up part of that lifestyle, but to traverse safely in an environment where those willing to support or exploit don’t fit the description of what you learn as a child.

Often in urban dramas, if a girl or women isn’t the focus, that means they don’t evolve past their title as mother, girlfriend, sister, or what have you. Out Of Bounds is a bit different. For while Naomi isn’t presented as the female lead, having parity with Travis, she is fleshed out to be more than this woman who, despite being 8 years older, is in love with this guy barely out of high school. Naomi has a past, her own struggles, and is trying to build a better future for herself. Which, for Naomi, was difficult because the environment she came up in doesn’t foster both knowing better and getting better. At least not in a stable, won’t draw the attention of the cops, way. 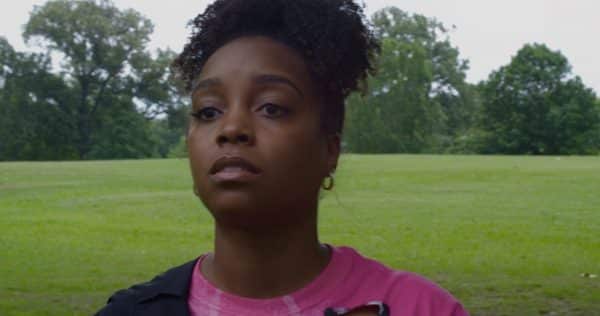 With a lot of the actors not having previous experience doing feature films, perhaps acting in general, it creates a unique effect. One which utilizes them not being the most polished performers and allows that to present a sense of authenticity to their characters. Not to imply every last person we see is from an environment like the side of Memphis we’re shown. However, there is this vibe that they do have some connection. So between code-switching for the camera or giving a scripted version of the life they already know, we ultimately get people.

Whether it is how blood is spilled, how people die, or moments when you think the performances might be a smidge campy, the film does have a few kinks. Nothing major or that can’t be forgiven when you consider the budget, but there is a constant need to question how much should you forgive considering the creators’ limitations?

Out of Bounds Overall: Positive (Worth Seeing)

SD Green’s first feature gets its point across. It illuminates lives not often featured and shows the complex decision making done to survive. Often while having to navigate a world in which there aren’t good or bad guys, just people whose goals you either align with or don’t.

Hence the positive label. Out of Bounds seeks out humanity, asks of you to understand a world and people who often are set in Black and white terms, and yet only see gray. Thus, they are led to paths many don’t agree with, they get trapped in, and just hope to live long enough to provide for someone to make better choices than they did.

A Different Way Of Dispelling Innocence - 85%