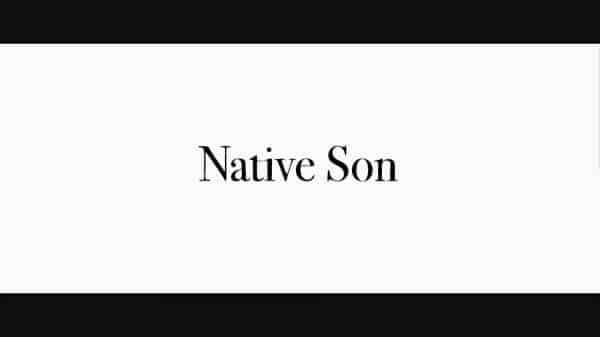 Native Son is the type of movie which will have you questioning its lead’s common sense throughout the whole damn movie.

Big is unlike the people from his hood. He likes punk, rock, and classical music. He’s got potential, a future, connections which get him a job that covers his room, has health insurance, allows him to drive a car around, and get paid $1000 a week. Also, he can bring his girl Bessie to his room, and it seems like he’d have the easy life.

However, Big has a few things which get in his way. You could say it is his fascination with Mary, the daughter of his employer Will Dalton. Maybe it was not listening to Mr. Green, the former driver for Mr. Walton’s family? Perhaps it was not letting a rich white girl be crazy and instead trying to look out for her? Either way, Big learns that unfortunate lesson of why you should always have a healthy amount of paranoia when dealing with the rich, and especially the rich who seem liberal, woke, and have a love affair with drugs.

While I don’t want Kiki Layne typecast or stuck in any particular drama, all I want is for her to be someone’s love interest, a Black man preferably, without the level of drama her characters usually deal with. Is that too much to ask? Because she clearly is the type who has chemistry with whoever her scene partner is and creates the type of intimacy which damn near makes you feel like a voyeur. So I need her agent to switch things up since these tragic significant others are just draining on the soul.

What It Means To Be Black

Though Big’s blackness, and the conversation around it, gets drowned out by what happens, you had to enjoy the back and forth between him and Jack over it. For it pushed the idea of Black folk not being a monolith and not just politically but in expression. Thus giving us a few shining moments before the s*** hit the fan.

Big Is Just An Idiot

You know the whole stereotype or trope of a white woman in a horror movie doing the dumbest things? Big decides to take that as inspiration and do only the dumbest things throughout the movie, and it’ll bring you to a level of frustration which isn’t healthy. I’m talking about either you will be yelling at the screen, venting on social media, or grinding your teeth because of how Big responds to a situation. Not to say criticizing his decisions don’t warrant the response of “You don’t know what you would do if you were in his shoes!” but I doubt many would make the same choices.

A part of me is glad the movie doesn’t end like the book, for it would probably led me to accidentally punch my monitor. Yet, I can’t say the level of frustration is something to applaud because it gets you in your feelings. Taking things from an entertainment perspective, seeing Big and Bessie be this beautiful couple, paired with these conversations about Blackness, it makes what frustrates you feeling like you have to take the bad with the good. Which, more than Big’s decisions, might be what actually pisses you off since everything was so good and then Big shows himself to not be as smart as his narration pushes for him to seem like.

Hence the mixed label. The film does do a good job in getting in your feelings, but I can’t say the frustration doesn’t sometimes eclipse the love and conversations which feel like a small fraction of the movie. So while well performed, and Native Son will surely entrench your admiration of Sanders and Layne, watch with caution.