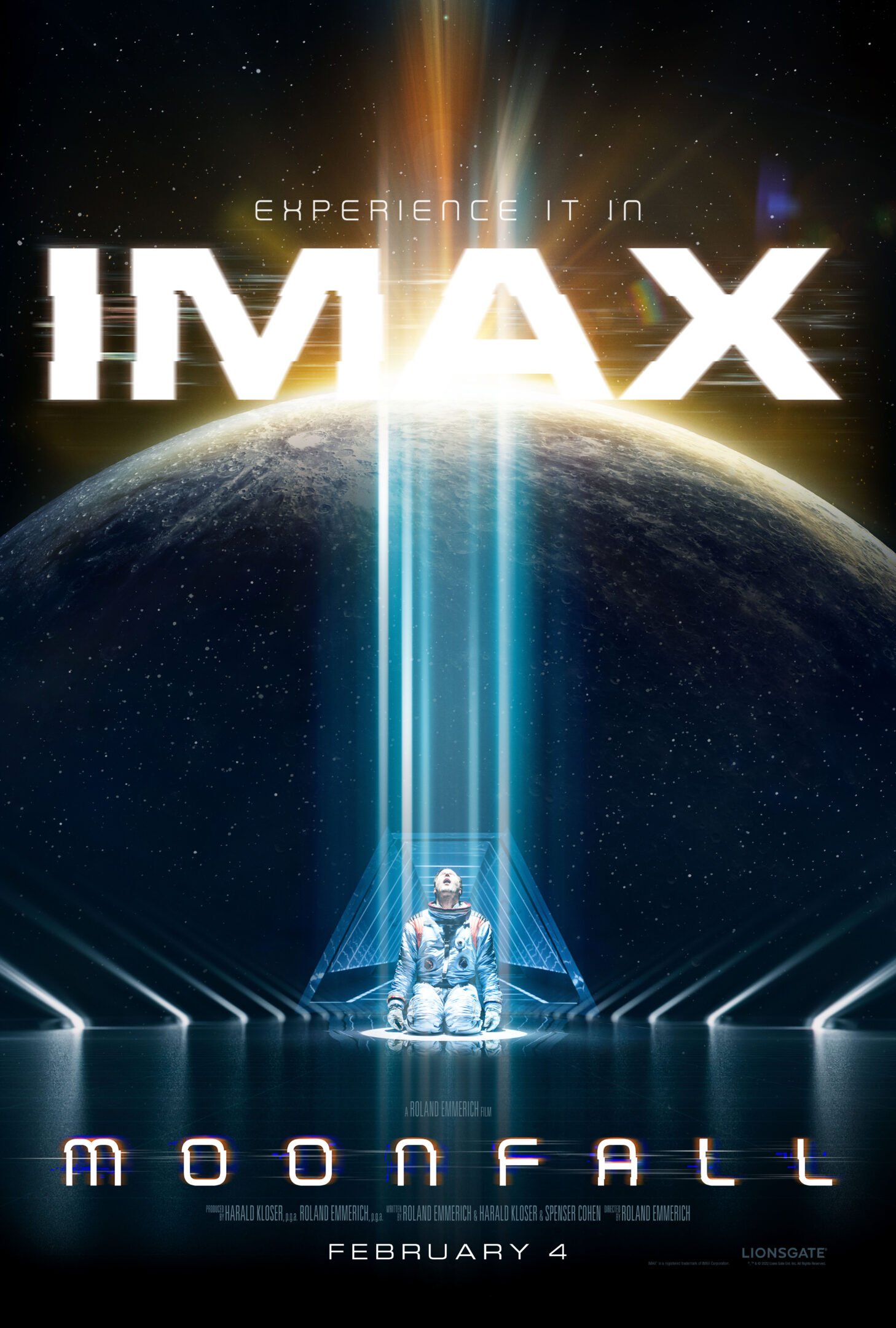 Moonfall is a popcorn film full of dumb fun – the moon falls (and that’s not even the craziest part), things get spectacularly destroyed, and the US tries to nuke the moon (of course they do).

The moon is out of orbit and on a collision course with the Earth that will end life as we know it and NASA’s reconnaissance mission gets destroyed by a highly advanced technological alien force inside the moon. So humanity’s last hope is a disgraced astronaut, a lunar conspiracy theorist, and the woman left in charge of NASA after its former director quits in the face of the oncoming apocalypse. The three must work together to launch a low-tech rocket into space and stop the moon – before the US military nukes it – to save their loved ones and all of Earth.

What would Elon do?
— KC Houseman

Save the moon. Save Earth.
— Brian Harper

It’s a Lot of Fun

“What if we had to fight the moon?” is undoubtably a dumb premise, but Moonfall leans into it, delivering in full on its promise of spectacular disaster and “science” fiction entertainment.

Whether it’s the Earth getting torn apart by the moon’s gravity or a rag-tag team shooting up the moon, it’s clear Roland Emmerich is not interested in realism. It’s pure escapist fun, and if you can switch off your brain for a couple of hours, you’re in for a wild ride.

As the moon comes closer and closer, things on Earth get weird. The ocean floods, the oxygen thins, and every time the moon “rises,” people get pulled into the sky by its gravity.

If you’ve seen the trailer, you already know there’s a car chase across chunks of land floating upward and a rocket launch through a huge tidal wave. The opportunity to watch civilization break apart and collapse in such crazy scenarios is the best reason to see Moonfall in theatres.

You Really Need to Suspend Your Disbelief

If you’re always on the lookout for plot holes and have a hard time turning off your sense of logic, this is not the movie for you. There are so many ridiculous moments, like when the NASA launch site is evacuated in a matter of minutes after the launch is deemed inadvisable – leaving only our three protagonists to man the mission when it’s almost immediately re-approved.

And although it might be difficult to believe, the movie gets even crazier halfway through. I don’t want to give too much away, but suffice it to say the movie makes a bold choice about what the moon really is – a choice that totally flies in the face of all logic and science.

KC Houseman is a conspiracy theorist that NASA has a restraining order against and so much of Moonfall is validating his crackpot views. Sure, “the moon is a megastructure” is a rather harmless conspiracy to peddle, but it’s hard to ignore the fact that this movie is sure to appeal to a certain anti-establishment demographic.

KC discovers the truth about the moon’s orbit through his own underground investigation, only for no one in authority to take him seriously. It’s clear to see the parallels between KC’s story and those in our society who decry “fake news” and urge people to “do your own research” – making KC’s heroic arc a bit concerning at times.

I really thought that Jo Fowler (Halle Berry) and Michelle (Wenwen Yu) were married at first – it wasn’t until Michelle expressed concerns about the military bunker accepting exchange students that I realized they weren’t together.

I mean, the two live together and are practically raising a son together. Jo reminds Michelle of Jimmy’s schedule before she leaves for work, and she leaves Michelle in charge of him when she goes to the moon.

But I guess I overestimated Moonfall (and mainstream Hollywood) because the end of the movie seems to suggest a pairing between Michelle (played by a 32-year-old) and canonical 18-year-old Sonny Parker. Too bad.

Moonfall is over-the-top and doesn’t make any sense – and that’s precisely why it is so much fun to watch. As long as you know what to expect (astronauts shooting up the moon, gravity pulling people into the sky, and some very questionable physics) and what not to expect (any scientific accuracy or deeply compelling characters), then this flashy sci-fi popcorn flick is sure to be a blast. 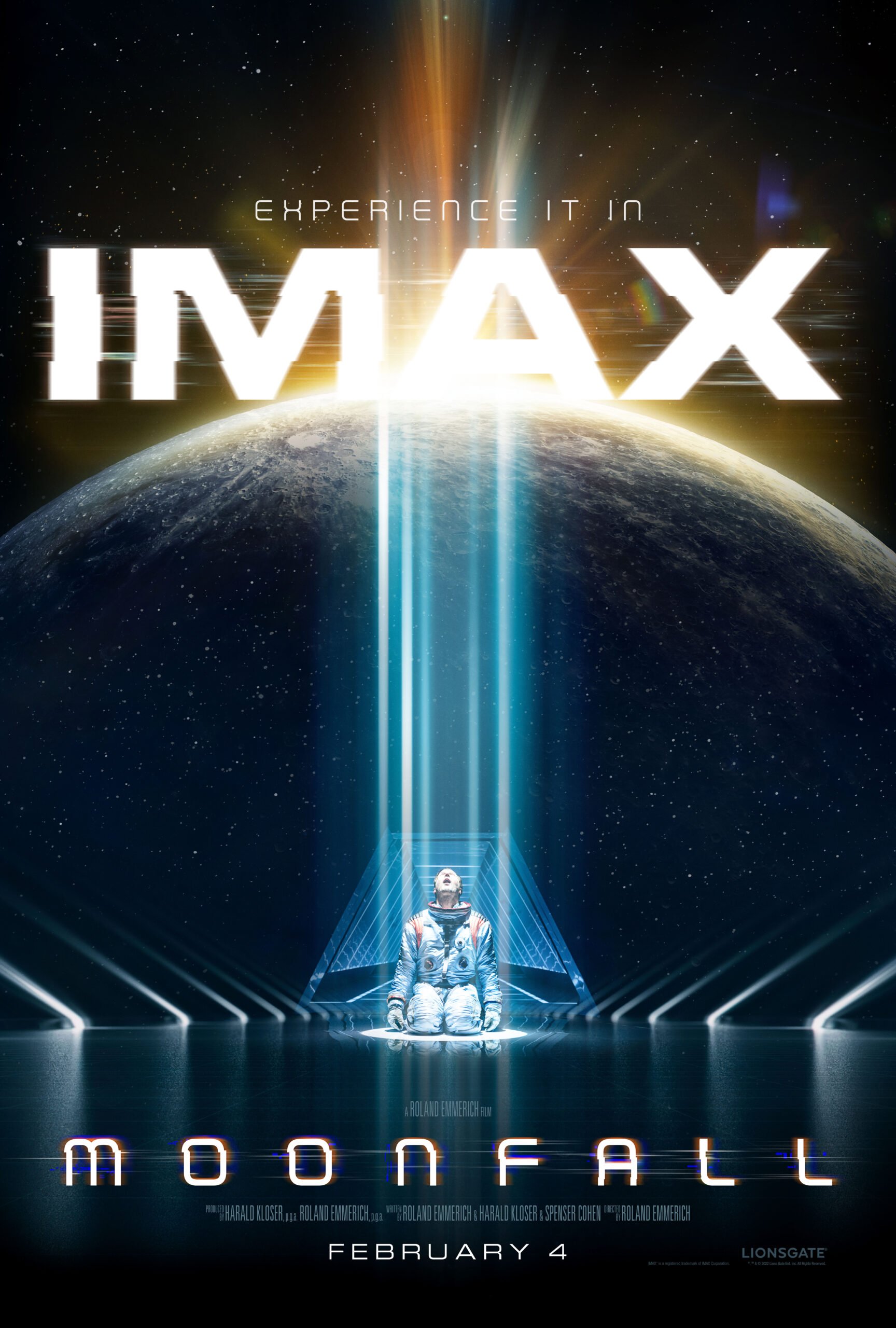 Moonfall (2022) – Recap/Review (with Spoilers)
Who is This For?
Fans of disaster movies who couldn’t care less about scientific accuracy and anyone who believes a conspiracy theory about the moon or space.
Highlights
It’s a Lot of Fun
Gravity Hijinks on Earth
Disputable
You Really Need to Suspend Your Disbelief
A Conspiracy Theorist’s Fantasy
I Was Queerbaited
73
Follow Wherever I Look on Twitter and Instagram, Like us on Facebook, and Subscribe to the YouTube Channel.