While it certainly feels bloated at times, Mojin: The Lost Legend is, at times, a thrilling action movie.

For nearly 20 years the memory of Ding Sitian has haunted Wang, and has pushed him to try to find the Equinox Flower. Something he promised Ding he’d find and supposedly bridged the world of the living and dead. During his time as a Mojin Xiaowei, a fancy title for tomb raiders, he, alongside best friend Hu, and later on a woman named Shirley, ventured far and wide looking for that, amongst other treasures. However, sometimes around 1988, Shirley decided it was time to quit and with Hu in love with her, when she ended being a Mojin Xiaowei he followed, and thus forced Wang into retirement.

However, upon them having a tiff, and Wang’s friend Grill speaking of a $1.5 million payday to find the artifact Wang has been looking for decades, out of retirement he goes. Which, once Hu hears, forces him out of retirement and Shirley is soon to follow. Leading them all on a journey to see if they still got it and when it comes to their employer, Lady Ying Caihong, can they satisfy her madness and desperation?

It Overstays Its Welcome 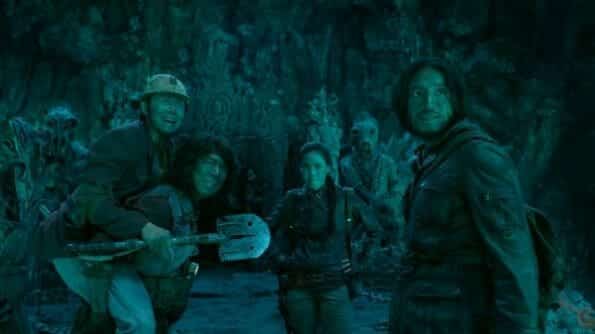 For maybe the first hour and some change, this is a fascinating and engaging movie. We got the relationship between Hu and Wang which has layers to it, Shirley and Hu who got unfinished business, and then this tomb raiding expedition. Breaking it down further, as we learn about the 20+ year relationship of Hu and Wang, it presents this complicated brotherhood you are a bit surprised lasted as long as it did. For with Hu stealing something precious from Wang, even being part of a major trauma of his life, it makes you wonder what has kept these two together?

Then when it comes to Shirley and Hu, while there is something corny about them, it is a good corny. The kind of relationship which was stunted a long time ago, but with being in each other’s presence, old feelings return, and conversations happen. Oh, and then with the tomb raiding expedition, while the visual effects are meh, and the graves a little hard to believe at times, they are stunning. Granted, you won’t think any notable character will get hurt by traps, but just seeing them figure out puzzles and dodge death has some excitement to it.

But then we start into hour two, and you begin wondering how much longer is this movie? For while diving into what Ding Sitian helps, and presents a major emotional point in the film, that happens about an hour and fifteen minutes in. From then on, the film begins to shed anything which made it seem interesting. The dynamic between Hu and Wang? It goes from a complicated brotherhood to having the vibe of them being in a comedy. That relationship between Shirley and Hu? Whatever cuteness it once had is lost, and Shirley almost seems put in place just so Hu can have a love interest – even though she does kick some ass.

Oh, and the tomb raiding aspect? As the movie gets longer, and the tomb more elaborate, you just find yourself questioning how in the world this tomb was made and isn’t falling apart? Plus, as magical things happen, you lose that sense of awe and are more so ready to roll your eyes as you look at the visuals which don’t seem the least bit practical and seem fully made in post-production. 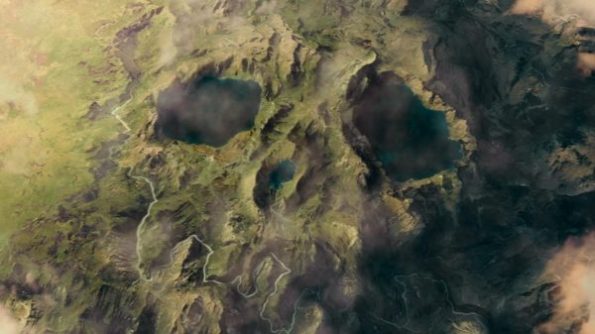 Mojin: The Lost Legend is a good example of why movies usually stick to a 90-minute time span. For while the luster of the characters’ relationships and the sets will leave you awestruck at first, once you are no longer mesmerized and are taking note of the story, you see you were given fool’s gold. Making it so everything which seemed to be worth taking note, in a positive light, eventually turns to a dingy color. Leaving you still able to finish the film, but certainly not feeling gung-ho for the spin-off sequel.