While “Miss Juneteenth” acts as a timely history lesson, it is the mother/ daughter relationship that is the main draw.

After winning Miss Juneteenth in Fort Worth, Texas, Turquoise didn’t live up to the legacy of winners before or since. Rather, she worked at a bar and did what she had to so that her daughter, Kai, could have a better life than she did. So with Kai turning 15 and eligible to do the competition, Turquoise coerces her daughter into the competition, even reading the poem she did for the talent competition, to live vicariously.

However, with time, it becomes clear Turquoise can’t get that time back and in pushing Kai to do what would make her, Turquoise, happy, she might be pushing her away. 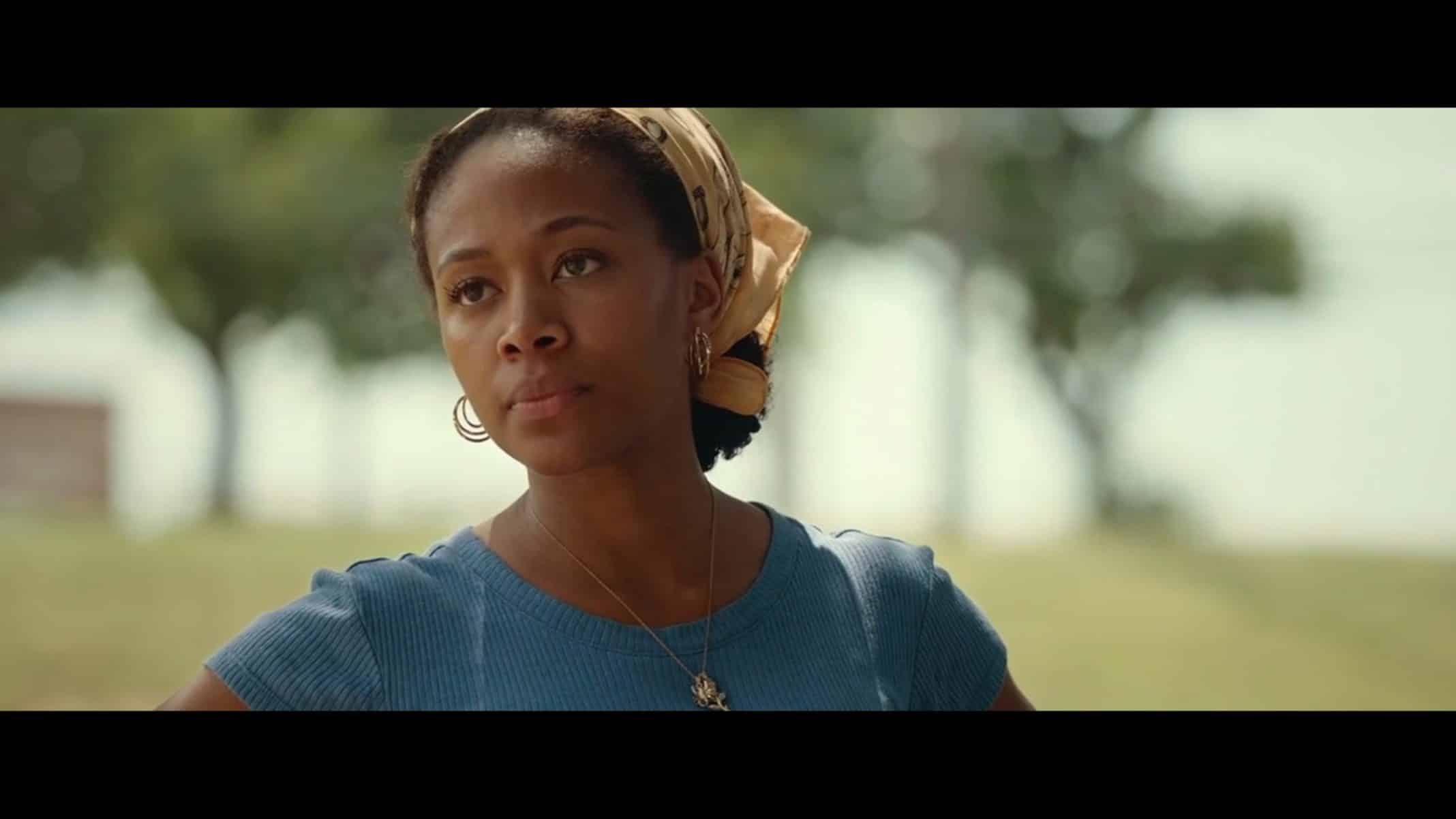 Winner of the 2004 Miss Juneteenth, it seems what kept Turquoise from joining the other illustrious women to win the title was her choice in men. For even now, 15 years removed from winning, she is smart, a planner, and one of the hardest workers you may ever meet. However, while resourceful, we’re repeatedly shown she didn’t have the help she needed to truly excel. 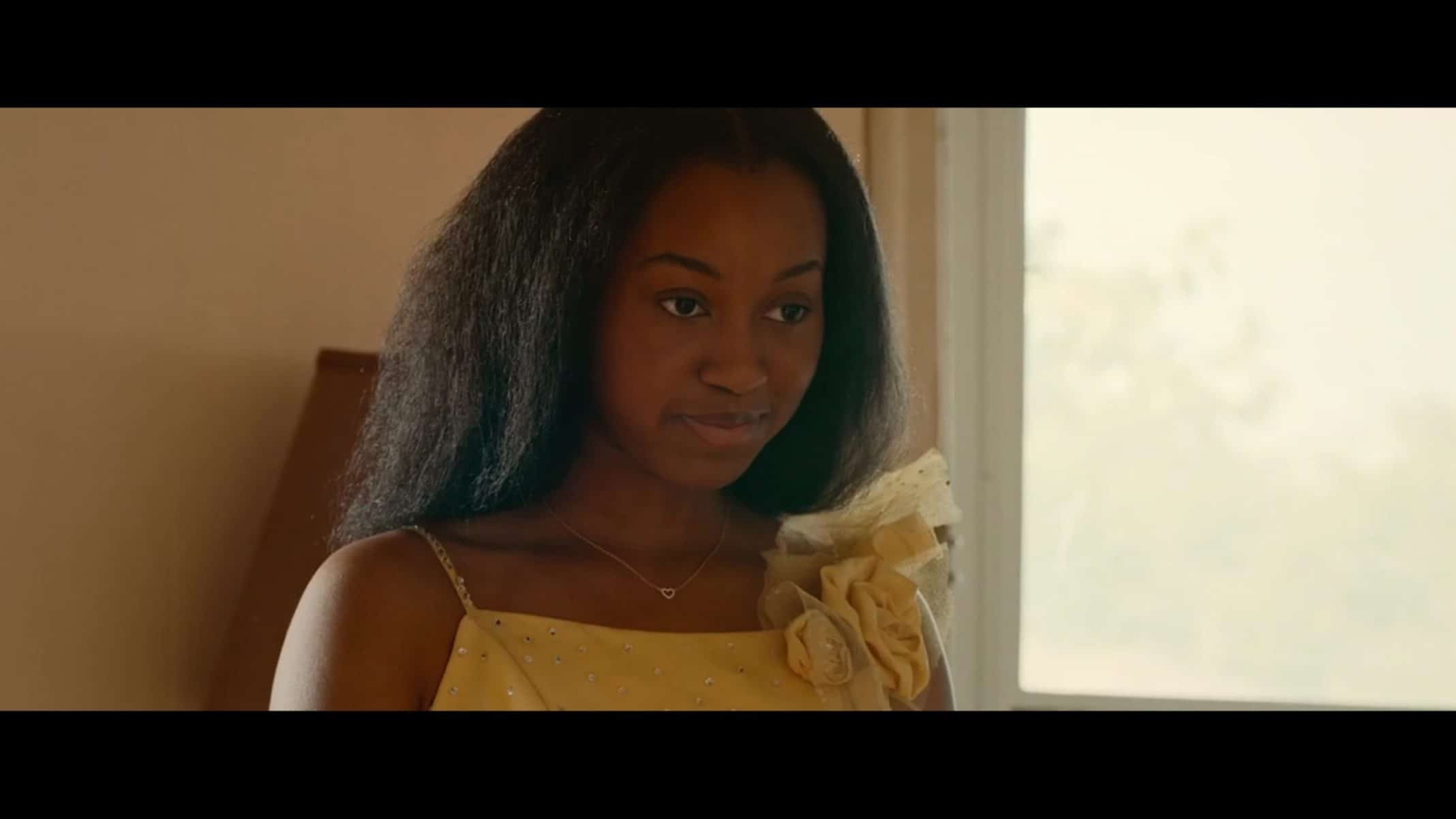 Turquoise and Ronnie’s daughter, who turns 15 in the film, has a little boyfriend and wants to dance like the girls in the band at HBCUs. However, her mom pushes her to more so emulate the women of Miss Juneteenth, which is a southern debutante type of vibe. Which, while Kai can be amongst those type of girls and women, it isn’t necessarily her desire to be around them. Turquoise’s mother, who struggles with drinking but, through prayer, is trying to get better. However, while trying to be a better Christian, she isn’t necessarily putting too much effort into being a better mother or grandmother. 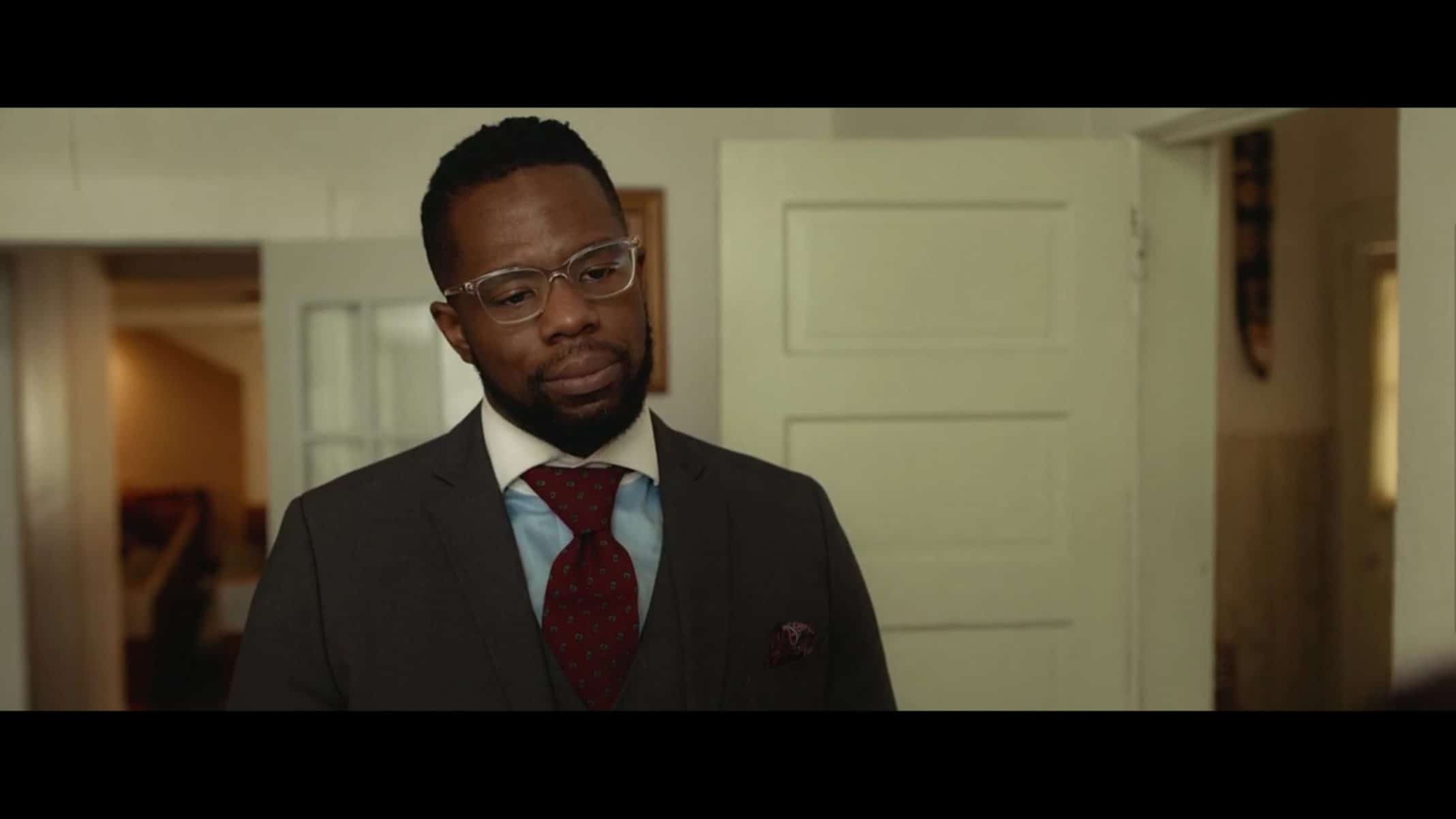 The owner of a growing funeral business that has long liked Turquoise and even hired her to do the makeup for funerals. 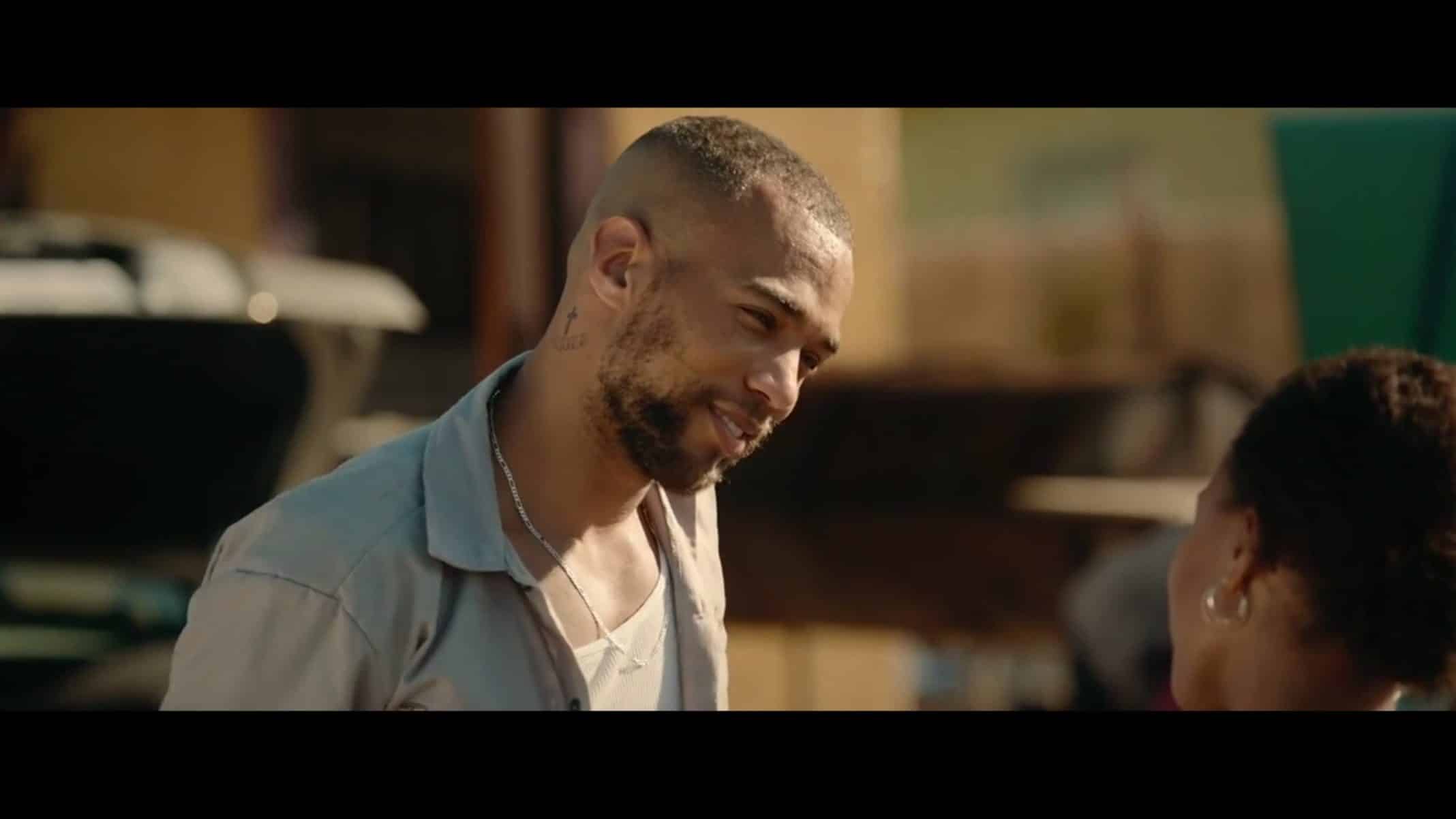 Turquoise’s husband, and Kai’s father, who she is separated from. 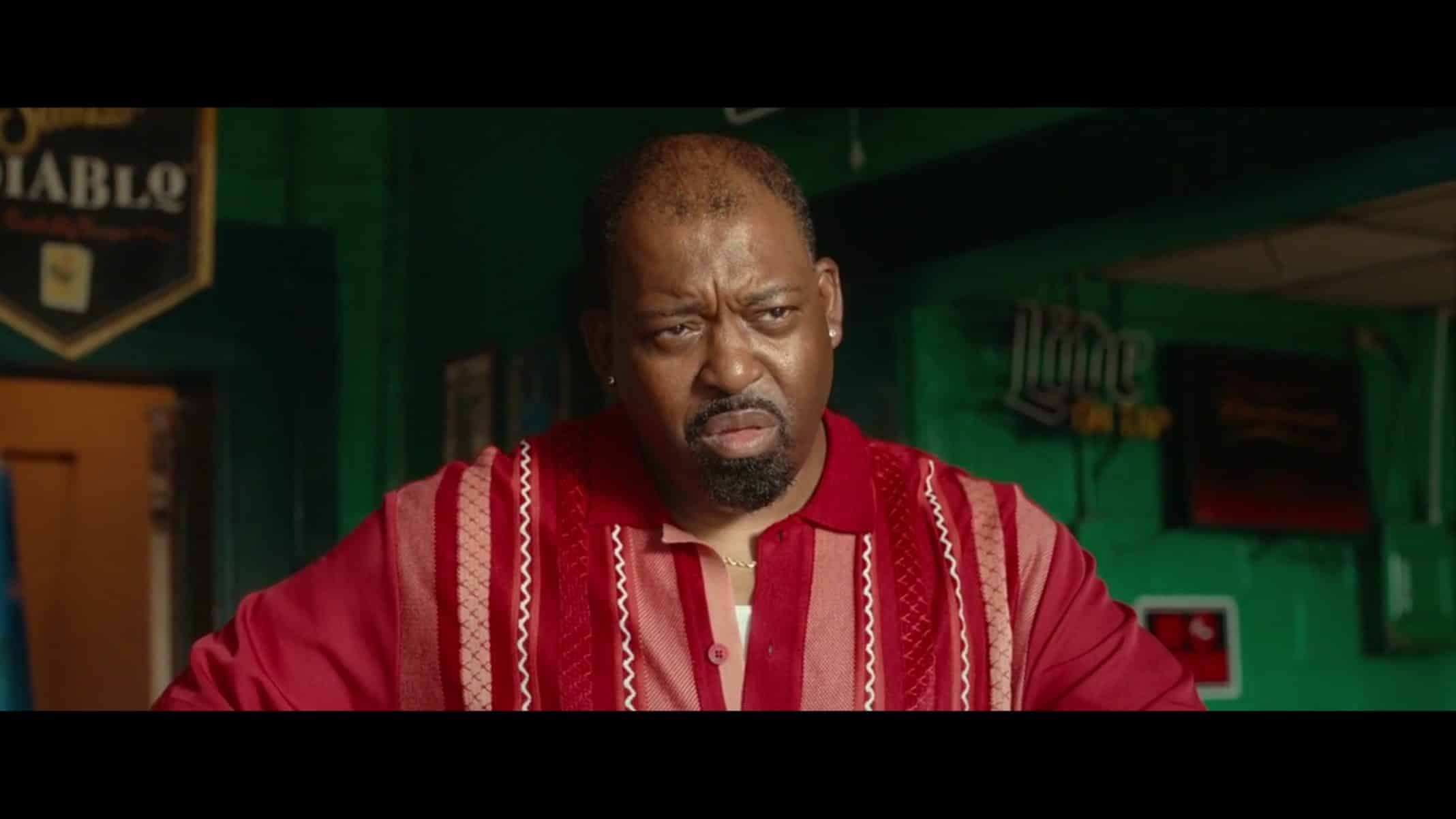 Turquoise’s boss, at the bar she works at, who enjoys having Miss Juneteenth work for him, but isn’t always appreciative of her ideas.

The depiction of Black motherhood is often focused on raising a boy. How to, without a man in the home, raise a young sir into someone respectable, independent, and better than what you know. This has often left Black daughters not necessarily having a prominent role in productions focused on building them up. If anything, you’ll find media more so focused on toxic relationships between Black women and their mothers, or children, more than anything else.

Which, admittedly, you do get a bit of in “Miss Juneteenth.” Turquoise’s relationship with her momma sits at a crossroads of being born a woman, being born Black, being born in the south, and the teachings of religion all converging to one point. This, for some, creates a sense of pride, which is what Turquoise pushed with her daughter Kai.

However, it also presents a weight that can be too much to bear, as shown in Turquoise’s mother, Charlotte. Someone with a drinking problem, in secret, and attempts to be a holier than thou holy roller on Sunday. After all, how else would a Black woman be respectable in parts of the south unless they had a close relationship with God? Never mind adhered to some conservative take on the bible that manipulators would use to reinforce the idea that pleasure and showing of skin is sin?

But, while that partly toxic relationship is the familiar, it is the beauty of Kai and Turquoise where you see healing. For too often, we see the generational trauma hit harder and harder until there is nothing left to do but apologize.

Thankfully, Turquoise doesn’t past down any trauma. She does try to live vicariously through Kai, which does cause friction, but you can see it doesn’t become the kind of issue that causes Kai to question her love for her mother or feel abused. There is no yelling, physical abuse, or any of that. There is just a longing for Kai to do better and go on the path and make the decisions Turquoise didn’t. An idea that, as Kai learns why her mom didn’t do as well as others, seems to be understood.

It is made clear Turquoise is a hustler. While a pageant winner, it is made clear quick she doesn’t believe in resting on her looks to maintain or get ahead. She wants to earn and own what she does. Turquoise doesn’t want her value to be in something which can depreciate due to age or life events.

So while there are struggles she could avoid by using what genetics gave her, you have to love and appreciate she’d rather clean toilets than marry some man, like Bacon, for a sense of security.

So, from what we’re told, Turquoise doesn’t make the best decision when it comes to men, and that shows in her marrying Ronnie, Kai’s dad, and this man Bacon, chasing her skirt tails. Now, Ronnie is sexy, a mechanic, and also got gambling problems. Bacon is cute, got his s*** together, but doesn’t inspire much in the way of passion.

This whole storyline makes the film drag a bit since you may not find yourself really investing in Turquoise with either of these two men. Yet, they do help you understand where Turquoise went left and why she isn’t where many expect her to be.

When it comes to “Miss Juneteenth,” the main issue is Turquoise’s love life. It brings in a complication that feels a bit underdone and makes the men who want her like the women we see in action movies or comedies – their existence is just to prove the lead is desirable. And while it doesn’t take too much away from the strength of the film, it does slow it down to the point you may find yourself outright bored at times.

But, despite the weak romantic relationships, “Miss Juneteenth” is worth seeing. It might not be a classic, and surely fits in the realm of a VoD release, but it does remind you why there was a time when a lot was expected from Nicole Beharie’s career.

Kai never wanted to be in Miss Juneteenth. She wanted to be like the other dancers at school, spend time with her boyfriend, and just enjoy being 14 going on 15. However, between that scholarship and wanting to live vicariously through her daughter, Turquoise signs Kai up and makes sacrifices to hope Kai would succeed. This includes letting the lights get cut off, and she damn near lets Ronnie stay in jail so she can have the money for Kai’s dress.

One Kai never gets because Ronnie is consistently unreliable – hence why Turquoise doesn’t wear her wedding ring and lets Bacon speak to her as if she isn’t a married woman. Which isn’t to say she flirts with him and doesn’t usually curve him. More so, Turquoise sees Bacon as a man who she’d be with in another life, but as for this one? Nah.

The reason? Well, Turquoise’s life and decisions she owns. With Bacon, being his wife would mean she is contributing to his dream, his mortician business, and she wouldn’t own a thing. She wouldn’t even be considered part of what built the dream since he did all the work. Hence why she does her best when her boss, Wayman, can no longer manage the bar he owns, to get it from him. For with that, she owns something, she can develop something, and perhaps prove herself.

Oh, and when it comes to Kai, she loses the pageant and doesn’t even place in the top 3. Though considering she didn’t really study anything beyond her performance, what you expect? But, at least she gets to now join the dance team, and with Turquoise owning the bar, it may mean she can spend more time with her little boyfriend.

I can’t imagine Kai changing her mind about wanting to be Miss Juneteenth, and with the dance team having movements Turquoise was uncomfortable with, the conservative Miss Juneteenth committee likely wouldn’t approve. So on top of being a one and done for watching, I’d say the same in terms of a potential sequel.