In some ways, Love Beats Rhymes seems to be out to prove something. The main thing being, it isn’t smart to bet against Azealia Banks.

Inspired by her father rapping lyrics when she was bullied as a kid, Coco fell in love with rap. She even with her friend with benefits, Malik, and his friends Reason and Matt formed a group: “SI’s Finest.” But while Coco is pursuing rap dreams, her mom Nichelle is growing tired of her deferring going to college for this dream. Especially since all Coco does is battle rap. So, to appease her momma, Coco goes back to school and with her friend Julie, they take Professor Dixon’s poetry class. One which ends up quite formative for Coco due to the unorthodox, low-key petty, teaching methods of Mrs. Dixon and her TA Derek.

But, in the end, like how ballet helps basketball players become better players, Mrs. Dixon’s poetry class makes Coco a notable rapper – one who may outgrow SI’s Finest. It seems like a lot of folks who went to arts high school in New York get big in music, then try to tap into acting. Of which we have seen mixed results. For every Lady GaGa there is a Nikki Minaj, and Azealia Banks is somewhere in the middle. What we get out of Banks is that low-key hood vibe not a lot of up and coming actresses have. Yet, she doesn’t present this hard exterior until you get to know her character. She sidesteps that trope. Banks brings about her own around the way girl kind of vibe with Coco.

When it comes to love, like most of us, she can be a fool. For while not desperate for love and looking for it high and low, we see this desire to have faith in someone – even when they prove they may not be deserving of it. And not to bring too much of Bank’s public persona to this recap/ review, but in many ways, you can see that in her daily interactions. Just promoting this movie, you don’t see Jill Scott or Common hustle their fanbases up. RZA is, but not the two big-name stars with crossover appeal.

And the reason I bring this up is watching Coco’s story will make you think of Banks’ in a way. If you strip down her twitter thought vomits and the controversies, she is Coco. Some girl from around the block who is trying to have a name. Someone who gets dismissed, and not really allowed to stumble and learn. While, at the same time, not having anyone really seem to care enough to listen. So, that is what her music gives her, both Banks and Coco, a means to escape and, later on, speak to the world and hope someone listens.

Making it where, for a first movie, Banks does well. She shows potential. Something that can especially be seen when she shares a scene with more seasoned actors, like Lorraine Toussaint, or when she is going toe to toe with Jill Scott. Now, as for what future she could have outside of urban films? Well, she’d need more opportunities to show such range. Something you don’t see enough of when it comes to a lot of modern Black movies, is the children and parents having good relationships. A lot of the times the parent is either messed up in the head, absent, or some form of abusive. That doesn’t exist here. For even with Coco’s dad, who is absent due to death, she speaks nothing but good things about him. Then with her mom? Yeah, she is hard on her at times, but at the end of the day, it is clear she is 100% on her daughter’s side and simply expecting the best out of her. 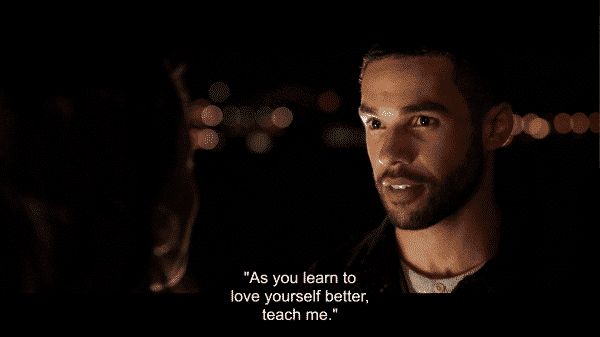 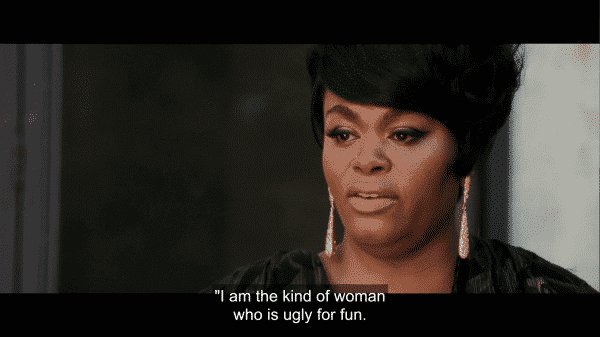 There are multiple shining poetic moments, and pretty much they all come from Jill Scott. Coco has one in which she is reciting this line her dad said when she was a kid, but Jill brings the flow. Whether it is her introduction in the movie or when she is on the balcony of her home presenting us with something you’ll be surprised that isn’t on her album. Truly, writer Nicole Jefferson Asher, if she wrote the poetry and some of the rhymes in this movie, deserves credit.

Do you ever find it weird when someone’s name is on the poster, their picture as well, yet you don’t learn a damn thing about them? That is what happens in the case of Hana Mae Lee’s character. She is damn near a token for diversity. A slot usually held by a white person but to switch things up now that token is Asian. But you know what sucks? We don’t learn why she is friends with Coco, whether they met in school or not, and she barely confides in the woman when she is going through stuff with Malik, Derek, or when things are going down with Professor Dixon. The part Lee plays honestly could have been cut and you wouldn’t notice the difference at all. 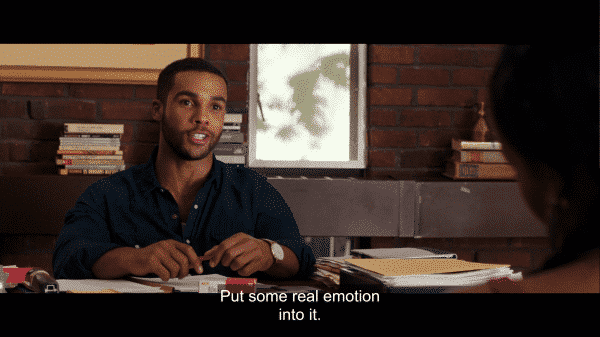 Whether you are talking about Professor Dixon’s husband, Malik, Derek, Reason, or Matt, the men in this movie just don’t pop. At best, they are like Derek and are presented as a generic love interest with just enough of a sob story to seem like it should make up for the jerks they are. But, on the other hand, you got those like Matt who seemingly are extras with a few lines. You know, basically male forms of Julie. With the way Jill Scott plays professor Dixon, it makes you wish that the presence of the men as lovers, or extras in the background (like Matt and Reason to a point) weren’t part of this film. That Coco was a solo artist from the get-go who may have worked with Reason for her beats, but otherwise was just trying to prove herself as a woman in the rap game – yet wasn’t getting anywhere. Because then when forced to go to school, it would make all that Dixon represents mean more. Especially in terms of the early relationship between the two.

Yet, instead, she is made into this older woman posed to be jealous of Coco’s skills almost – an obstacle. Someone who gets in the way of Coco having love in her life, who probably hurts more than helps her hone her skills and is pushed to be shown as petty. Also, another means to make Derek into a character you are sympathetic for. Which is a damn shame because, at times, this seems like Jill Scott’s most interesting role yet.

Love Beats Rhymes is enjoyable – to a point. But it ultimately flops because there is too much focus on the romance, or lack thereof, in the two female leads life vs. the draw of the poetry, the raps, and this battle rapper trying to get a record contract. Making it so, even with this arguably being the most interesting role of Jill Scott’s filmography, in terms of the character she plays, and a good debut for Banks, this is getting labeled mixed. It is worth checking out but ultimately, after you spend a few hours removed from it, becomes a bit of a disappointment.

man you know what? you are absolutely right.

Jill Scott’s character in Number Ladies Detective was way more nuanced and interesting than this by far. I felt like you mentioned that they could have done more with her role.

To answer your first question about the student dropping out…read the title of the movie again. Sometimes love can take us away from our comfort zones and in many different times throughout this movie, love beats rhymes. The connection between “rap” and the theme of rhymes is a distant connection. In life we follow lots of rhymes, metaphorically. We’ve got to be like this person, sound like that person, do what they did, follow the same path. Just like a rhyme, each line or phrase must follow the tone and pattern of the last. Coco feels like she needs to follow her crew and the way the rest of the rap game is flowing, until she finds a voice inside her that she loves and it takes her to new heights. That foreign exchange student, he explains his dad slept around to get what he wanted…his love for Coco led him to believe he didn’t need to be the same way. Coco’s mother knew what she wanted to see in her daughter and what was best for her, what everyone believes…education is key, yet she loved her daughter enough to follow her hearts passion… within reason of course. We can’t run around telling kids follow your dreams and forget what’s important. The beauty is that love will beat rhyme almost all the time. Whether the rhyme made sense or not, love is always strong enough to spark a change. That is real life poetry. That is rap. At least that was rap…until unsaid names started getting involved. I’m not a movie critic, but that was my take away from it. I enjoyed Banks performance, I thought it was a role very similar to her own life story, which actually made me do the eye wink at certain parts. (The Twitter part) the rest of the cast had me glued to the screen,

I think people are coming into this expecting a revelation about rap, when it’s really just used as a prop in the movie. This isn’t a documentary about rap. Anyways, just thought I’d share what I took away from this movie. I’d rate it an 8/10 from an every day, non film major, watches movies for enjoyment and entertainment point of view.