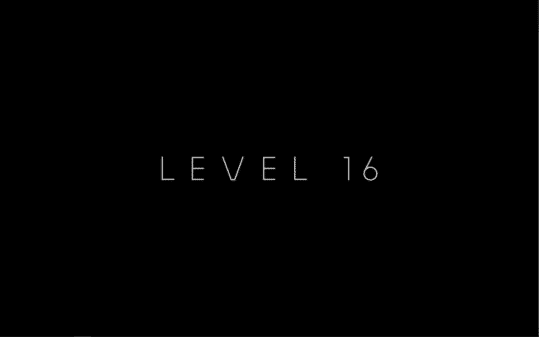 Level 16 could be used to talk about feminism and autonomy but from an entertainment perspective? It’s a bit of a bore.

Somewhere in Belarus is a school for young ladies that grooms them to be the perfect docile girls. However, one by one, they learn their school, Vestalis, may not be as Ms. Brixil and Dr. Miro make it seem. Leading two girls, Vivien and Sophia, to not only search for the truth but a means of escape.

Level 16 has all that is required to present an article on feminism. We have young girls, from their childhood, indoctrinated about purity, being docile, and waiting for a savior. On top of that, female friendships are weakened, and distrust is sowed to keep women from forming bonds that could disturb the system. Also, once the secret of Vestalis’ operation is revealed, you could speak on how men create and reinforce ideals that are impossible for women to live up to, and how women reinforce that.

All of the above and more could be made into full-length think pieces that could bolster this film into more than some may see it as.

This Film Is So Dull

But, while someone could try to drum up this film and make it seem profound, I won’t. Why? Because this film was too dull to go on such a tangent. Most of the girls, besides Sophia, Vivien, perhaps Ava, lack a storyline or personality to make them identifiable. Following that, story-wise, there aren’t huge shocks that compensate for the sections of the film dealing with giving us background or showing the day-to-day of the girls.

Now, don’t get me wrong, in terms of world-building, Vestalis’ is fleshed out in terms of look, procedures, and the goal of the facility. However, neither Dr. Miro nor Ms. Brixil are written or performed in such a way to make the mystery or the truth all that interesting. Which, sadly, is something you can say about the girls as well. For even with the girls we named, they don’t bolster the deeper meanings you can derive from the film. At least in such a way that makes Level 16 feel memorable.

Level 16 lacks the characters and the writing it needs to fully take advantage of the concepts presented. As noted, you can see so many bits of commentary on how girls are raised and how women are subjected to unrealistic standards. There is even the issue of women willingly assisting men in continuing a cycle of oppression either for approval or due to indoctrination. If not the recognition that the closest they can get to being empowered is by oppressing their own on behalf of their oppressor.

Yet, even with saying all that, this is a solid mixed title. It had potential and wasted it by keeping things very surface level and consistently hinting it could go further, but deciding that might require a bit too much effort. So, like many films, it seems to have left potential fans to find the deeper meaning and push the idea Level 16 is better than it is. 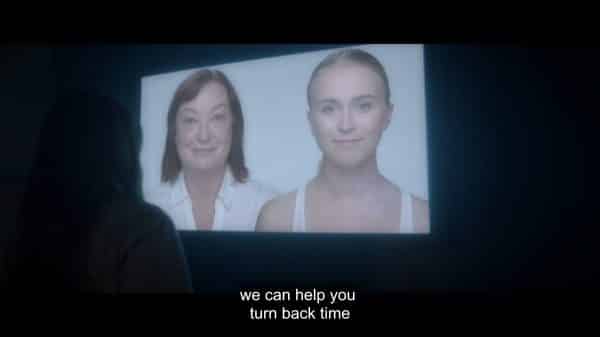 Big picture: Vestalis is a company run by Dr. Miro who is a surgeon. One who takes the skin of young women like Vivien and Sophia and puts it on older women. Hence why the girls never go outside, have to take pills that only make them active 5 or so hours a day, must sleep on their backs, and have a skincare regime when they are less than 10. That combination, alongside filtered air, keeps them looking young until their skin can be removed.

However, multiple issues lead to the end of Dr. Miro’s practice. First and foremost, taking care of at least 20 girls is expensive, even with some eastern European mob financing and providing security. Second, while the girls are forced to separate if they get close to one another, Vivien and Sophia end up bonding. Add in the security detail is trash, to the point the half-blind Sophia can overpower them, so begins the fall of Dr. Miro’s house of cards.

For with Sophia getting Vivien a security card, Vivien keeping herself awake long enough to save Sophia, fight Ms. Brixil, and even help save the other girls? Things end quite quickly and easily. That is despite the facility having at least 5+ floors! But with only a handful of people working security – and no one checking the cameras, what do you expect? Add in the likes of Alex, the only named guard, having a bit of a limp and not being that strong, the majority of the girls leave the building with ease.

The only exceptions are Vivien and Sophia, who hold themselves up in a security office. An office Dr. Miro tries to coax them out of, but with it becoming clear Dr. Miro lost control of the operation and has lost the mob a lot of money, they kill him and move on. Leaving Sophia and Vivien to be discovered by the cops the next morning and seemingly getting their freedom.

Does Level 16 Have Sequel Potential?

Kind of? Considering the girls were trained to integrate into families yet never learned to read or write, a sequel could show their transition into what is considered a normal life.

You Could Find Deeper Meaning If You Wanted To - 80%

Level 16 had potential and wasted it. All just by keeping things very surface level and consistently hinting it could go further, but deciding that might require a bit too much effort. So, like many films, it seems to have left potential fans to find the deeper meaning and push the idea Level 16 is better than it is.