The main thing Kate has to offer is brutal action. As for the story and characters? Like a lot of action films, that is an end to a means.

For over 12 years, Kate has been an assassin under her mentor and father figure Varrick. But, with aging and wanting normalcy, Kate seeks to end this life of violence and live a life with some kind of peace. However, during one of her final jobs, she is poisoned with what causes accelerated acute radiation syndrome, with estimates giving her 24 hours to live. So, with thinking she was poisoned as part of a revenge plot, she works her way through a Yakuza family, even using its heir, Ani, as bait to cut off the head.

Since childhood, Kate has been trained by Varrick to be an assassin, and whether it was guns, knives, or her bare hands, she killed for him. But, after 12 years of so much blood, she is tired, numb, and wants to pursue normalcy. So, she agrees to some final jobs out of respect but seems to desire retirement afterward.

However, with being poisoned and being told she has 24 hours to live? Retirement is put on hold for she wants answers, names, and to not be the only one who’ll die within the next 24 hours.

From what it appears, Varrick isn’t an assassin himself, but he does know how to train one, and between Kate’s youth and being a woman, he took advantage of that for more than a decade. So her retiring isn’t something he is happy about, for it would mean finding someone new to work for him. Which, considering the circumstances he acquired Kate under, may not be the easiest task.

The niece of the head of the Kijima clan, she is probably Kijima’s only source of vulnerability, which makes her a perfect target for Kate.

The elder of the Kijima Yakuza group who finds himself hunted by Kate, like his brother, Ani’s father, was, but he is by no means as easy of a kill as his brother.

You Will Be Shocked How Violent This Sometimes Gets

The main reason to watch Kate is because of how violent it is. Mind you, not violent in terms of hearing bones snap and punches making you flinch, but more so, you really getting to see what it looks like when someone’s sole goal is to kill someone, and they aren’t trying to be delicate about it. For when Kate talks to people, she doesn’t allow a whole lot of exposition. There isn’t much in the way of negotiations or begging. Once she thinks you are lying or of no use, with the exception of Ani, she just kills you.

And to keep the film interesting, they have so many brutal ways of her killing someone. As noted in the “Reason(s) for Film Rating,” Kate is a gory film. In her pursuit of Kijima, the head of the Yakuza family, throats are slashed, arm length blades jammed right under someone’s chin and going through their forehead, and whatever it takes for her to complete her task. Which truly is the driving force behind you’re engagement.

It Attempts To Be More Than A Violent Revenge Film

Why? Well, because the film isn’t strong story or character development-wise. Note: There is an effort to use Ani to bolster Kate and remind you of the innocence Kate lost due to Varrick training her to be a killer. However, there is a lack of chemistry between Varrick and Kate to really make their father/ daughter relationship notable.

Then, when it comes to Ani and Kate, the transition between Ani being bait to enamored with Kate isn’t the best, and their relationship seems so forced. Which is a shame for Martineau is the life’s blood to Kate, beyond its action, yet with her not being the big-name star, she is stifled into a supporting role. Meanwhile, as much as you could submit Winstead’s performance as the numb Kate was due to her upbringing, you could also say the main thing Winstead did was repeat what she gave us in Birds of Prey, but without the co-stars that made her less robotic, and a bit more comedic.

Kate ultimately is like most action movies. Its appeal more so comes from the grandeur moments where someone is being chased, hurt, or killed, than when things are quieter, and the focus is on getting to know the characters and the story behind all the great action scenes. 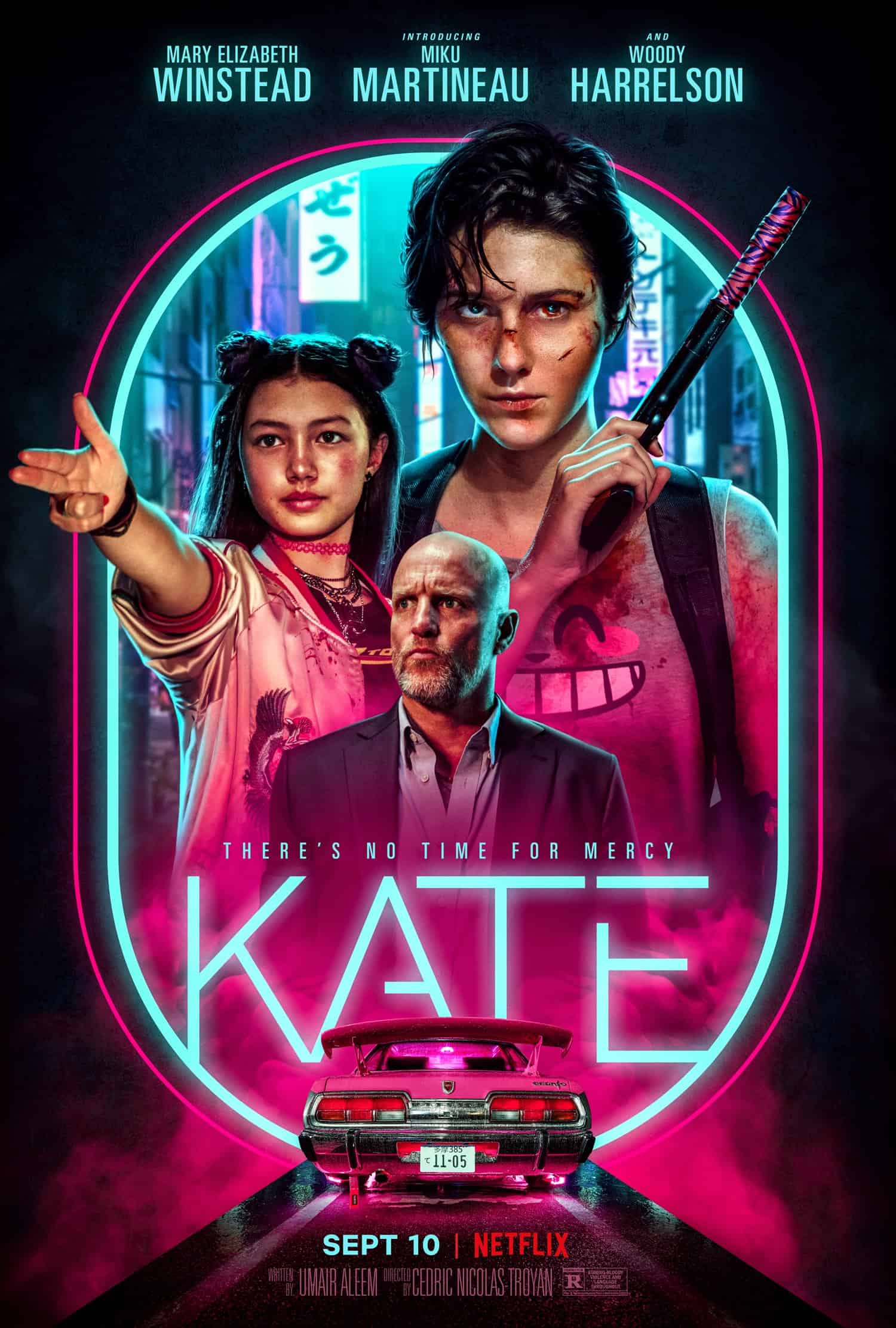