Irreplaceable You – Recap/ Review (with Spoilers)

Honestly, I’m ready for Gugu Mbatha-Raw to star in the majority of Netflix’s movies for she finds a way to elevate them past their innate mediocrity.

Abbie, an early 30-year-old woman, learns she has stage 4 cancer. As you can imagine, learning this is pretty tragic, especially because her life was pretty set. She had a career working, seemingly, in publishing books for kids; her childhood sweetheart and she were getting married, and before she learned she had three tumors, she thought she was pregnant. Yet, that’s over now.

So, to prepare her ex for the inevitable, she decides to try to find him his next girlfriend. Something no one understands, or thinks is healthy, but with her stepping away from work and doing treatments, it gives her way too much time on her hands to worry. Hell, even question what she missed out on by being with Sam since they were kids.

Luckily, there are folks like Myron who try to open her eyes to opportunities before it is all over. But, you know, making friends with those who are dying as well, it comes with its caveats. Just as much as trying to have hope that your first love, someone who you grew up with and was your first everything, could one day leave when you are at the cusp of something wonderful.

It’s very weird to me that a character can tell you how the film will end in the beginning, yet there is something about the way the actor performs them which allows you to trick yourself. Because, it seems pretty obvious Abbie is dead and gone the way she narrates the first few minutes of the movie. Yet, the way Mbatha-Raw plays her, because of the lady’s charm, you don’t believe they are going to kill her off. There will be some miracle or what have you, and she and Sam will live happily ever after.

Wrong. Doesn’t happen, and it comes off as such a shock that it’s honestly hard to process. Which is why I find myself watching many of the films Mbatha-Raw is in – especially if she is starring. For there is just a quality to her work you just don’t see that often. Now, granted, I don’t know if she can be anything besides a sympathetic character, but in such roles, she makes films like The Cloverfield Paradox tolerable for you so easily connect with her. To the point where, even if you know the inevitable, the journey you take with her makes you hope you may get the ideal ending. 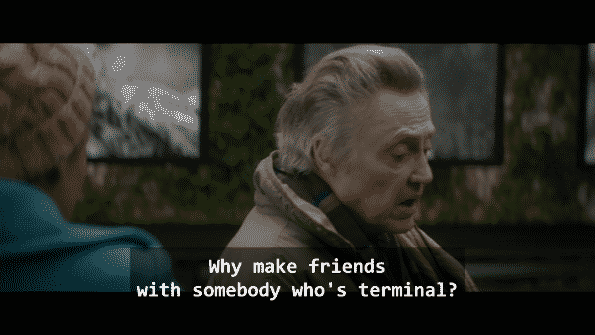 The best part of the film is Abbie and Myron’s interactions. If only because Walker as Myron doesn’t put up with Abbie’s nonsense. He doesn’t humor her or hide how he feels. He even calls her a schmuck on one occasion. Yet, this is the one relationship she has which you actually get invested in. Since, despite Sam being her fiancée and her mom being around, they aren’t focused on to the point they can be more than sleeves for you to step into. With Myron though, he isn’t made to be a generic person but a real one who has a life outside of Abbie and shares what time he has left because he enjoys her. Making it so Walken makes you worry about his character almost as much as Mbatha-Raw makes you when it comes to Abbie.

Abbie’s Closest Relationships Also Seemed to Be Her Weakest

I don’t know why, but when it comes to Abbie’s relationship with Sam and her mother, I barely felt moved. With Sam, I feel like there is a heavy reliance on them being childhood sweethearts. Which makes them seem very cute in the beginning, but with Abbie talking about regrets, which partly deal with being exclusively with Sam, it makes you wonder somethings. Like, if they ever dated other people or were exclusive to each other for 20 some odd years? Also, could them being together that long explain why they seem like an old couple and not necessarily in a good way? I mean in terms of them seeming together because they have been for so long and because they have a routine they don’t want to break.

But it doesn’t help that Sam feels very generic either. Yet, I will say, with him being so thinly written, it does allow you to step into his shoes and form your own relationship with Abbie. You are allowed to spark your own feelings about the situation rather than rely on how bleh Sam’s feelings are written and performed. 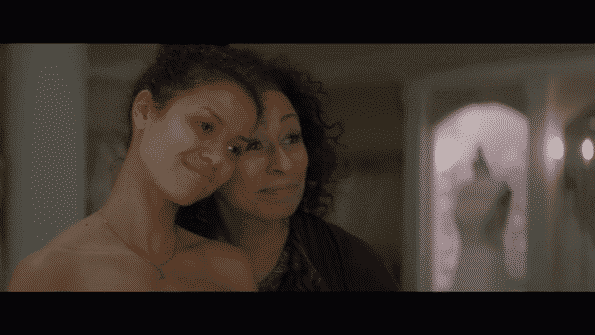 The same issue can be seen when it comes to Abbie’s mother as well. She is a woman losing her 30 something-year-old child. Then, to add onto that, she lost her husband to cancer and has seemingly not dated since then. Considering how weird the premise comes off, it would have been nice to show Jane, Abbie’s mom, living the kind of life Abbie fears for Sam, minus a child to pour himself into. Hence explaining, besides the fear of Sam ending up a slut or with a bad girlfriend, why she is doing the most.

Strangely in this film, Sam doesn’t talk to his parents about what he is going through but Benji. That is his source of comfort and honestly, you have to wonder how this dude got the position. Benji seems nothing like Sam and with it seeming like he isn’t related to Abbie or even friends with her, you are left scratching your head of how Benji got his place in Sam’s life. Even if they were childhood friends or friends in college, there remains this question of how, for however many years, they remained connected and Benji remained Sam’s go to friend? 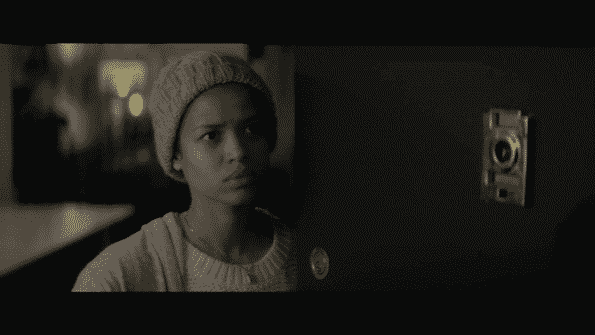 There is a strong part of me which wants to label this positive, but I know that it isn’t that great of a movie. Mbatha-Raw and Walken’s charm definitely make it decent enough to watch, but the rest of the cast you could take or leave. Even Kate McKinnon, who is part of the cancer support group where Abbie meets Myron, isn’t much of a booster here. Yeah, she shows she, like many a comedian, might have a future in more dramatic roles, but it isn’t so good it is worth noting as a selling point.

Hence the mixed label. Fans of Walken or Mbatha-Raw will feel this film is worth their time. However, if you aren’t enamored by either, this film will seem dull. That’s on top of the idea of a woman setting up the love of her life too weird to comprehend. A stunning cancer diagnosis spurs Abbie to seek a future girlfriend for fiancé and childhood sweetheart Sam, who’s clueless when it comes to dating.

reminded me of the dignity class and love my mom showed in her dying days. sorry for those who have not experienced that, i guess it is rare,

Did sam cheat on Abby that night he saw mira?!

She thinks something happened, but considering we don’t see Mira again after that… The possibility is there.