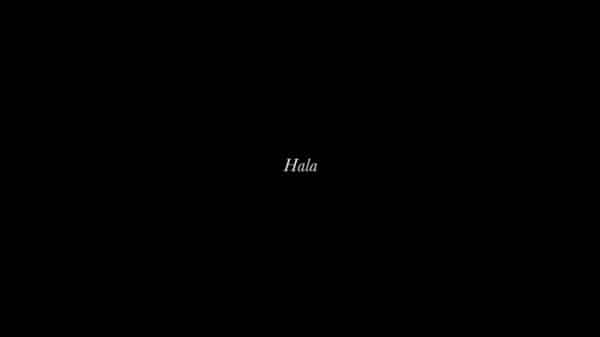 In Hala, a young woman faces a conflict between her parents, her upbringing, her heart, and control of her future.

A senior in high school, Hala is like many. She has college on her mind, boys, and finds herself favoring one parent over the over. Specifically, she seems fonder of her lawyer father, Zahid, than her homemaker mother, Eram. This is one of the many issues in their household, for Eram craves a closer relationship, yet she is often cut off.

However, as Hala falls for a boy named Jesse, and learns the moral and beliefs she is held to aren’t universally held in her family, things fall apart.

How It Explores The Intersectionality Of Religion, Culture, Womanhood, and Opportunity

Within Hala’s family, we see the complexity which comes from being a first-generation American, having parents who were immigrants, them bringing a traditional culture, with a religious backing, and the conflict of the opportunities Pakistan had to denying oneself the opportunities of America.

Getting into specifics, when it comes to Zahid and Eram, you can clearly see he has long taken advantage of traditions to work in his favor. He uses Pakistani and religious traditions to subjugate Eram and then uses American opportunity to make himself into the cool dad and the breadwinner. Thus giving him more power over Eram, and Hala in extension.

But, what you have to enjoy about Hala is how you see everything conflict internally and externally. Eram has faith and wants to follow what she was taught, but it clearly doesn’t serve her and has led her to make herself small to make her husband seem bigger. And being that it worked for her husband, you can see him trying to bring that to his daughter’s life, and there is that conflict from trying to break a cycle, or keep one from happening, yet feeling it might not be your place to do so.

This combination doesn’t get played out as much as some may like, but there is a strange way of avoiding criticism of Pakistani culture and that of the Muslim faith and reminding you it is the person who is at fault. Said dance allows you to see why Hala has such a troubling time since, as an American born girl, she has vast opportunities, and yet, her parents’ enforcement and interpretation of some cultural norms and religious beliefs limit her.

Which, thankfully, doesn’t cause her to hate her religion or culture. Instead, as she sees past the façade of her being the child and Eram and Zahid being her parents, it seems she gets a full 360-degree view on what she can take from both, as well as her culture and faith, and how she can use that to inform good decisions. All the while, still having a sense of openness and vulnerability as she ventures out into the world.

Hala and Jesse Were Cute

While Hala’s friend poisoned the well a bit, watching Jesse go from Hala’s masturbation material to someone she grew close with, it was adorable. Especially since they had real conversations, and it wasn’t just a bunch of moments of them hanging out, laughing, and next thing you know, they are together. Instead, there was this sense of vulnerability there that wasn’t forced or had giant reveals. There was more so a cracking of the door, hoping the other person could be trusted, rather than removing all the blinds, throwing the door open, and us getting this very forced and unnatural relationship.

It Gets A Little Dry Sometimes

When it comes to Hala, there is no comedic relief and as cute as Hala and Jesse are, it isn’t like they give the film some adrenaline. This is a slow-paced movie that has a lot of Hala’s personal writing that contains metaphors and stories that don’t necessarily reveal more of herself to you. Add on the drama isn’t made to feel light, nor overbearing, you get a rather smooth movie that doesn’t play with its tone or pace much. Thus making things feel a bit dry for even when Zahid or Eram raises their voices, or Hala feels the need to run, it doesn’t feel as dramatic as it should. More so, it makes you feel like you accidentally hit the volume button, than there being a real sense of immediacy in being seen, heard, or removing oneself from a situation.

Hala More So Running Than Expressing How She Feels

One of the big issues you may have with Hala is that it ultimately leaves you still feeling like an outsider. It’s the kind of film which treats you less like a friend learning someone’s life story, or hearing a chapter of their life, and makes you feel more so like a voyeur. So as much as Hala may read out her personal writing and we see the dynamics of her family, there still is this wall or fence up. One that makes it clear you are only getting to see or know what Baig wants you to know/ understand.

To be honest, this movie was the original reason I got Apple TV+, and I wouldn’t say it is that killer movie to make you stay beyond the trial. This isn’t to imply it is bad. However, it definitely feels like a streaming platform movie in that, compared to a movie like Jinn, for example, which focuses more on someone converting into the Muslim faith, rather than being born into it, it has a weak pulse. One that is strong enough to show a sense of life, but never so strong to make you wonder why wasn’t this released in theaters, doesn’t have more hype, and what have you.

No. As much as I enjoyed seeing the conflicts characters were dealing with, I wouldn’t say they were strong enough to watch again and analyze further. The points that Baig wanted to make are certainly there, and I can see someone expanding on them if they have a personal connection to Hala or see people in their life similar to the ones in Hala’s life. But, as someone who just appreciates hearing different stories and perspectives, this is very much a one and done film to me.

Hala is not the kind of film for those who need passionate performances. There isn’t any heightened acting or writing to make things more dramatic. The film seems more geared towards a rooted idea of Hala’s experience, as well as her parents’, and isn’t necessarily seeking to make any statements as much as explore the chapter in a young woman’s life. Hence the divisive label.

When it comes to Hala, you have to applaud how matter of fact it sometimes seems, yet there is also the fear with how dry and disconnected it can come off, it won’t become more than another casualty of the streaming wars.