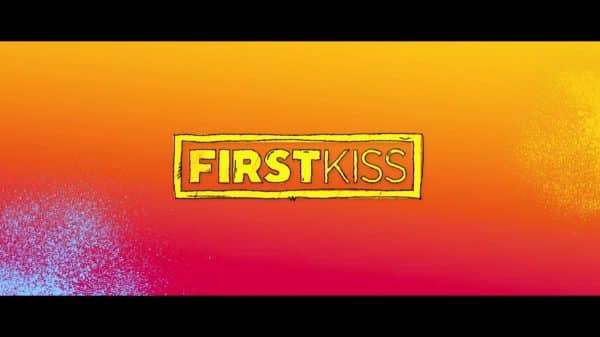 First Kiss is a surprisingly tame movie. Not just in terms of the romance at the heart of the film, but the drama surrounding it.

18-year-old Roos, alongside her mother Susan, and a few others run First Kiss – a lipstick company. One that’s the thorn in the side of Susan’s sister Jeanette who is a self-made woman and jealous that, despite her accomplishments, Susan was always the favorite child. So, taking advantage of a young, vulnerable man named Yannick, she tries to take down Susan’s company.

Despite there being a lot of drama in the film, as noted below, most of it doesn’t really inspire a response out of you. However, you do have to take note of both Roos and Jeanette’s relationship with Susan. Be it Roos being upset that her mother’s promiscuous time in Ibiza she is open about, but not who Roos’ father might be, or Jeanette’s issue with working twice as hard to attempt to be seen as the golden child.

Now, unfortunately, between the build to Roos’ first kiss and Yannick’s situation, the relationships to Susan aren’t given the attention they should. Yet, they do provide a good foundation for what could have been if First Kiss wanted to be taken more seriously.

While There Is Drama, There Isn’t Much In The Way Of Conflict

With Yannick’s father having a deadly tumor, Jeannette a one-sided rivalry with Susan, and then there is Roos contemplating whether Yannick should be her first kiss, a lot is going on. However, what First Kiss avoids is making any of these issues too dramatic. Meaning, we don’t get much in the way of shock or anger, outside of Jeanette, who presents it in an almost campy way.

Instead, what we get is a slew of issues between people and a level of understanding and forgiveness that seems difficult to fathom. Making it so, towards the film’s ending, you’ll question how in the world could someone let this or that slide? Especially since most viewers, I’d bet, couldn’t say they’d let the same actions slide.

What clips First Kiss at the needs is its avoidance of addressing any of the issues presented with the responses they deserve. Be it Jeanette’s vitriol, Yannick’s various decisions, or even Roos’ simmering issues with Susan due to her sidestepping who Roos’ father is and never explaining why she won’t reveal said information. Hence the mixed label for in keeping things light, First Kiss misses far too many opportunities to be a better film.

While There Is Drama, There Isn’t Much In The Way Of Conflict - 70%