Wherever I Look
Recaps, Reviews, and So Much More
Home Movies Fast Color (2018) – Summary, Review (with Spoilers)
Movies

While a bit slow, and definitely having a strong indie vibe, Fast Color eventually hooks you into its supernatural story.

In a dystopian future in which some areas haven’t seen rain in 8 years, and crops are scarce, there live women – Black women – with powers to disintegrate and materialize items. They have been in existence for centuries but have lived in hiding for obvious reasons. However, each one has seemingly left the safety of a home kept secluded for maybe 100s years, or more, and have returned with a child. That’s what happened with Bonnie (Lorraine Toussaint) when she met Ellis (David Strathairn), and that is also what happened with Ruth (Gugu Mbatha-Raw) when she met Lila’s (Saniyya Sidney) father.

However, after Ruth’s return, after a long absence, it seems the family is coming to that point, once more, of losing a member to the outside world. So, rather than continue to hide out, it may finally be time to either fight or go on the run. 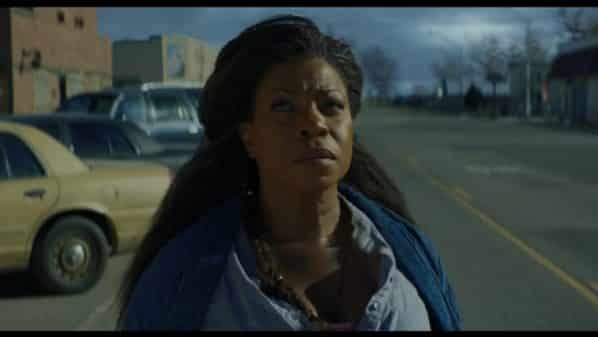 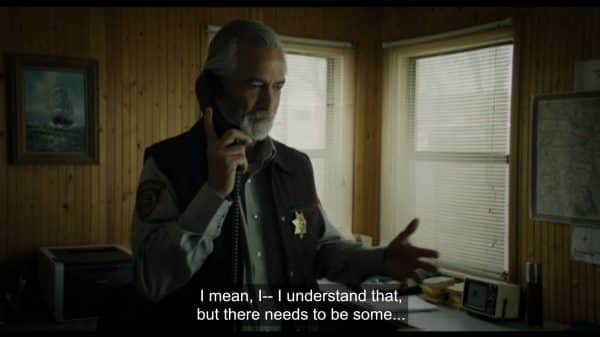 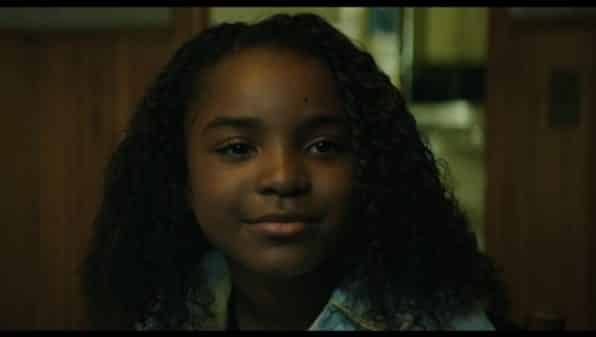 It wasn’t easier, you just got better.
— Bonnie

This is not a big budget movie by any stretch of the imagination. However, one of the things you have to love about films that can’t mask everything in CGI and green screens is that they are forced to make those moments special. Take when we see Ruth or Lila use their powers. Each time as a bit of wonderment and it never becomes so gratuitous that you build a tolerance. Instead, it is used sparingly, shown to be capable of doing more than you thought and yet, even in the end, after a momentous use of power, you can imagine it going even further. Thus, leaving you, even after years of Marvel and DC films, Star Wars as well, feeling like there can still be a sense of magic and awe due to special effects.

This movie isn’t an instant hook kind of movie. We spend the early part with Ruth and with her being a former addict on the run, Mbatha-Raw’s usual charms are tone down. Also, with no word on what, where, or who she escaped from, it leaves a gaping hole where a formidable villain should be. On top of that, it is one of those films where the main obstacle is the lead themselves, or rather Ruth’s powers. Making it so if you prefer a more traditional, good guys vs. bad guys narrative, you’ll have to adjust.

I’d submit that when it comes to Ruth getting to know her daughter, who she hasn’t seen since she was a child, you don’t get what you may want. Yes, of course, Lila calls her out when things get hard, but there isn’t that deep, gut-wrenching back and forth. It doesn’t exist between Lila and Ruth, nor does it exist between Ruth and Bo. That’s despite how contentious their relationship once was and how Ruth only returns since she has nowhere else to go.

But, one saving grace is that Bonnie spends time with Ruth to help build a history. They make it clear, going back at least 3 or more generations, people in their family, the women specifically, had powers. Also, there is a chance women like them exist outside the family as well. Why? That isn’t answered. However, it creates a sense of normalcy in the household that makes you feel like an outsider which helps amplify how cool the magic is and you feeling like a dope for thinking so. Much less, it builds a good foundation for what could have come if this was a theatrical hit.

Setting aside the scarcity of fantasy films focused on Black women, this film doesn’t have a huge selling point. Yes, the sci-fi/ fantasy element is made to be simple in the best way, but that isn’t followed up with anything strong enough to get behind. For while Ruth’s demons are featured, and a minor villain, it isn’t enough. Just as her reconciliation with Bo and Lila isn’t. Leaving you with a film that you want to praise so badly since it features things so rarely seen, but having to be honest that, if the characters weren’t Black or women of color, it would lose one of the major reasons to come up with praise.

Hence the mixed label. A part of me loves Fast Color solely due to the cast and the fact they are all Black women. However, I must admit when not in awe of the magic, I was waiting for something interesting to happen beyond the tremors Ruth causes. And really, that moment didn’t come. If anything, the film doesn’t really feel like it gets good until the end and with you knowing there won’t be a sequel, it leaves you a bit crossed and wondering if you wasted your time.