Wherever I Look
Recaps, Reviews, and So Much More
Home Movies Becoming (2020) – Review/ Summary with Spoilers
MoviesPositive (Worth Seeing)

Alongside present the best argument for reading the book of the same name, “Becoming” reminds and informs you why Michelle Obama broke the mold as First Lady.

With an eye in the public eye, there is plenty of footage chronicling Michelle Obama becoming a household name. However, with her last name often dominating the conversation, and who that is associated with, there is a need to reassert oneself. To remind people out there why there is a constant call for Michelle to run or be involved at a level most first ladies aren’t called to do. But, most of all, after 8 years in the White House, alongside an additional year of campaigning with Barack, it is time to reclaim the narrative on who Michelle Obama is, was, and who she is becoming.

Up to that point, I had been what I describe in the book as a “box-checker.” I was doing what I thought I was supposed to do […] without really thinking about what I cared about.
— Michelle Obama

[…] Fashion isn’t just fashion; it’s how you turn it into your tool, rather than being a victim of it.
— Michelle Obama

Have perspective as you’re going through it, [don’t] let this time shape what will be.
— Michelle Obama

The possibility of change […] is what hope is
— Stephen Colbert

You Strangely Getting Overwhelmed With Emotion

Documentaries often can be boring affairs. Primarily due to them feeling less about the subject and their story and more about commercializing their story to further exploit what they have already put out there. In the case of Michelle Obama, one could submit with having the title of the book mirror that of this documentary, it is about a renewed push. However, it doesn’t feel like that.

I think, in many ways, the documentary pushes to be the closing of a chapter, a reminder of what happened before, and preparation for what’s next. For as you listen in, you take note between raising children, and then her husband becoming president, Mrs. Obama had to pause her life in service to others. Which for many women is a complicated thing for you want to be an integral part of your family, but countless women will tell you that there is this feeling they lost themselves in the process.

So considering how emotional people get when they see her, and that strangely hitting you as they shed tears, it’s like being reminded someone does value your sacrifice. They may not always say it when you’d like and often hold it for holidays and birthdays, but you do eventually see the fruits of your labor and the benefit of sharing your story and life.

It’s Not All About Her

But with that said, it isn’t all about her. Multiple times throughout the documentary, there are a few minutes focused upon children, usually juniors or seniors in high school, who Mrs. Obama met throughout the tour. This drives home the idea that, as much as Mrs. Obama has a notable style and has a way about her, the opportunity to redirect that attention to someone and their story is her goal. If not redirecting that attention to something far more important than her shoes.

We have Mrs. Obama’s book and have read up until the point she met Barack Obama but haven’t touched it in months, maybe a year or more. So I can say, to a point, you do get a cliff notes version of her story. However, with not reading beyond that, I do feel you get a short and quick version of understanding the who and what made Michelle Obama into who she is. Be it her granddaddy or a counselor whose negativity didn’t dismay her but drove her curiosity further.

Who She Was Before Obama, During Her Time With Him, And After His Presidency

A person’s life can be overwhelmed and judged by a period or moment for better or worst. In Mrs. Obama’s case, it was the presidency of her husband. But, not to toot her own horn, there is a note of how she was once this great man’s boss, that she went to Princeton and Harvard, then a law firm, and how integral she was in the campaign.

Mind you, this isn’t said to prop her up as important as her husband. The only reason to mention Mr. Obama is that, to not do so would be avoiding the elephant in the room. However, as noted in the summary, “Becoming” takes on several meanings when it comes to Mrs. Obama’s life, and formerly it was about becoming something for her kids, a mom, Mr. Obama, a wife, and for the country, their first lady. So now, with this book, the idea is becoming something for herself and deciding, when it comes to others, who does she want to become for them on her own terms.

If You’re Looking For Something Juicy, Look Elsewhere 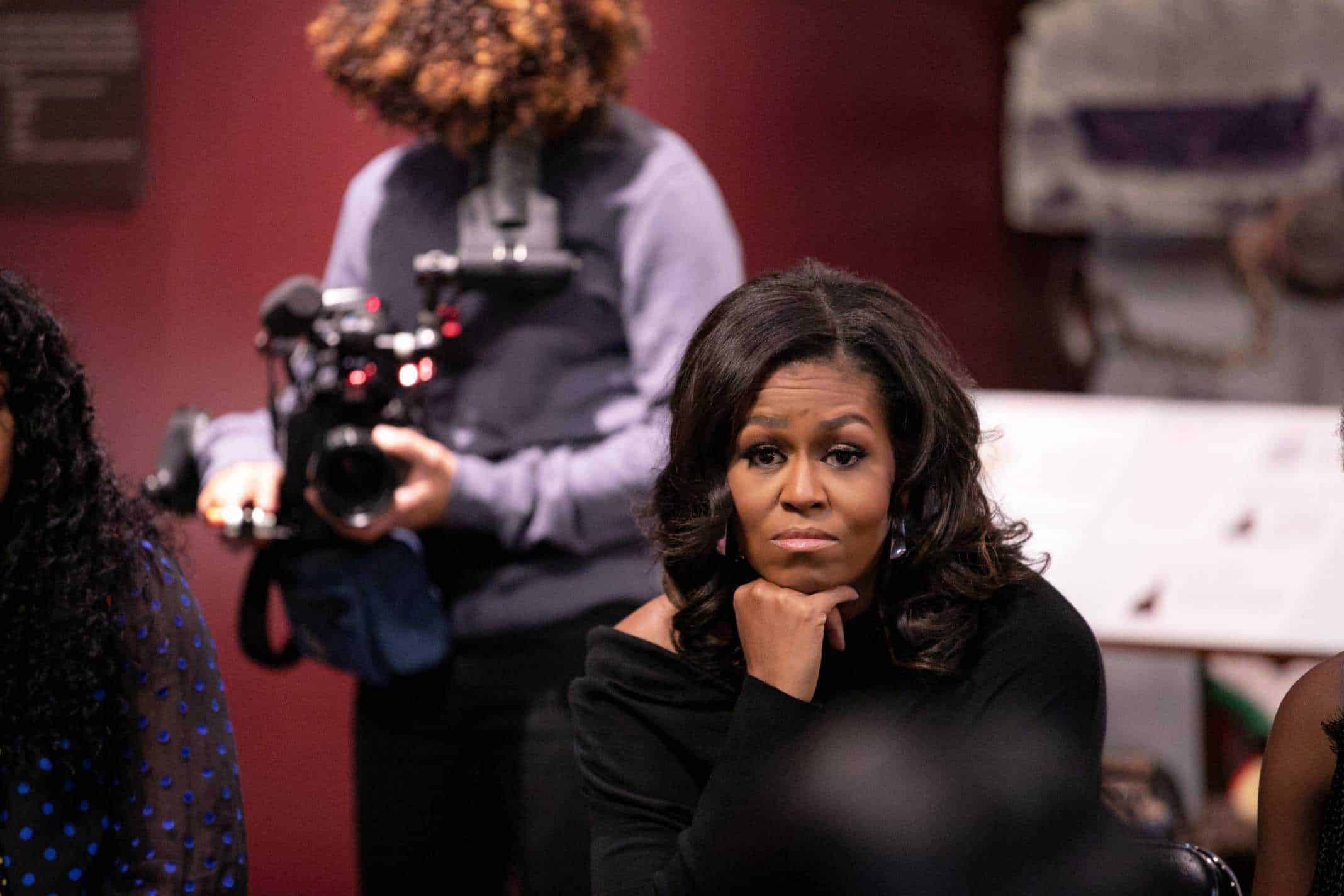 Being that Mrs. Obama isn’t into politics, while there are some jabs against Trump and the people who didn’t vote, there isn’t anything spicy here. We don’t hear about threats she has heard or get anything new that, even if you didn’t read the book but have just read or listened to interviews, would be new or exciting. If you were already a fan, a lot will seem familiar enough but perhaps not put into an easy and quick to digest package.

“Becoming” is not explosive, but it can be life-affirming. It reminds you of the story that is easily forgotten as millionaires and billionaires dominate the airwaves, and politics devolves further into us vs. them mentality. In many ways, “Becoming” represents the nostalgia that Mr. Obama invoked with ideas of hope and that parents and grandparents speak of when they talk about community. The idea that people were accessible beyond technology and could be touched, spoken to in person, and your story, as well as theirs, be heard. That the youth weren’t forced to march, yell, scream, and protest, but got to sit down and have their fears heard, advice requested, and be reminded that, no matter how little you think you have done, you have value.

Hence the positive label. “Becoming” triggers you in ways that makes you grateful and understanding that, despite your political viewpoint, there are things so much bigger than you. Yet, despite that, you investing time into one person, even just to hear their story, can mean the world to them. For as many shrink their viewpoints to what is comfortable and familiar, there remains a big world out there – One that is far more inviting than many give it credit for.

You Strangely Getting Overwhelmed With Emotion - 85%

Who She Was Before Obama, During Her Time With Him, And After His Presidency - 87%

If You’re Looking For Something Juicy, Look Elsewhere - 75%

“Becoming” triggers you in ways that makes you grateful and understanding that, despite your political viewpoint, there are things so much bigger than you.