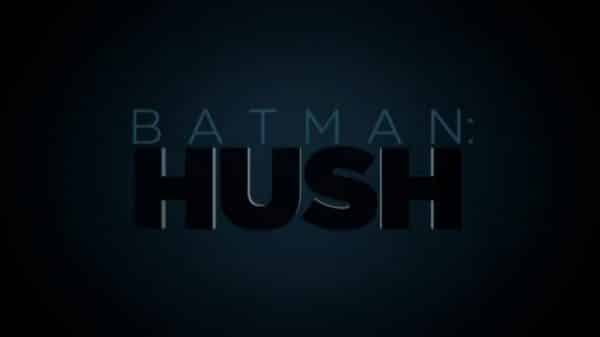 In Batman’s latest adventure, he flirts with the idea of normalcy as a new villain threatens to use his rogue gallery, allies even, against him.

It has been quite a few months since Bruce has seen either Selina Kyle or Catwoman. Making her appearance at a major Wayne event intriguing, for it could be only assumed she is there to steal – scratch an itch, if you will. However, she claims she is happy at her gallery job and has no interest in her past life.

Well, at least that is what it appears to be. Before long we see her, Poison Ivy, even Bane working together. From there, more and more seem to be either collaborating or speaking about being forced to work for someone. Who? Well, they are simply known as Hush. A new villain who seems to always be a step ahead of Bruce/ Batman and with the worse possible timing. For while Bruce still has no desire to retire the cape and let Nightwing or Batgirl take over, Selina is presenting a compelling reason. Yet, between a sense of duty, a villain who has nearly all of Batman’s rogue gallery influenced, one way or another, so comes the question of whether this could ever truly end? At least without Bruce in a casket.

While Bruce has had many romances in the live-action and animated tales, Selina has always been one of the best. In this outing, admittedly, there is perhaps more lust than romance, but there remains an appeal which makes up for the violence not being flinch worthy and a story which lacks a sense of urgency. In Selina’s interactions with either Bruce or Batman, you’re reminded, even by him, that the only difference between Batman and the villains of his life is his code and which side he decided to be on. Yet, there are always temptations which push you to believe Batman could easily become one of Gotham’s latest villains if someone pushed him far enough.

While Not The Best Story, It Will Keep You Engaged

Compared to the Son of Batman trilogy, which Batman: Hush seems to be within the same timeline of, there is a certain lack of oomph here. Don’t get me wrong, it is nice we get a parade of the who’s who of Batman’s rogue gallery, with some features from The Joker, among others. However, there is a lack of emotion, urgency, or any vibe which would make this seem like it is one of the stories in Batman’s history that had to be told. Which isn’t to say it isn’t enjoyable, you will be kept engaged, just not that excited.

Way Too Many Cameos, And The Ones You Want To See Not Sticking Around Long

Outside of Killer Croc, nearly every major Batman villain is seen either in a still, fighting Batman, or in multiple scenes like Poison Ivy, Bane, or The Joker. However, the problem with this is, as you see all these villains being rushed through, with their ass being kicked by Catwoman and Batman, so comes the question of why are we rushing? This whole situation of Hush should be bigger than this right? I mean, it brought Lady Shiva out of the shadows and investigating Gotham’s underbelly to see who found and used the Lazarus Pit? On top of that, for one scene, it has Batgirl assist, and then never appear again. Pushing the idea that they know the end result may not be that satisfying, so they stuffed every single character, even Amanda Waller for a hot minute, also Superman, to compensate.

The Reveal Lacked A Certain Oomph

When looking up Batman: Hush, one of the things revealed is that this isn’t a word for word, panel by panel, adaptation. Second, Batman: Hush, for many, are within the top 5 Batman stories. Depending on whether you read the original or not, we didn’t, you may question that. For while Hush, the character, is built up to be interesting, the reveal of who he is, his motive, and all else, it makes you roll your eyes a bit. Especially as their reign comes to an end and they become just another person who faced off with the Batman, seemed strong and formidable, but ultimately had to lose since they are the bad guy.

While Batman: Hush was released on the perfect day, so that it could be a Saturday morning treat as the animated version was for many, it does disappoint a bit. Hence the mixed label. Batman: Hush doesn’t have a must-see, have to talk about, story, and even outside of the hunt and reveal of Hush, there isn’t much to laud. Selina and Bruce lean more towards lust than romance, and while it is nice to see so many villains, and a handful of heroes, most of their appearances are negligible. Hell, Joker barely stays fresh in your mind and that’s with a joke about who is playing Robin and pretending him and Batman are in a relationship.

Hush, all this time, was The Riddler. Someone who, after learning of a brain tumor, went to Bruce’s friend Thomas, since he was the only person who’d be willing to operate on him. However, with him failing and losing hope, Riddler got desperate. How desperate? Well, he learned about the Lazarus Pit, and bribed his way to accessing it. Now, as for who he bribed? That’s not revealed. How he got in and out alive is not handled in the film. All we learn is that it made him better beyond the physical sense.

It made it so his intellect surpassed its former threshold, and on top of figuring out who Batman is, it seemed a lot of Riddler’s suspicions about others were confirmed as well. Making it so, between the information, creating a new serum for Bane and Poison Ivy, Hush nearly ruled over Gotham and almost got his wish to dismantle Bruce’s life person by person – after he killed Thomas.

Alas, as always, Riddler got too cocky and led Batman to finding him, fighting him, and with Catwoman interfering, Batman ultimately defeated Hush. But, also due to Catwoman, Hush/ Riddler dies in a fiery explosion. One which would have likely consumed Batman too if Catwoman didn’t save him. And it is with this sense of duty being so strong he’d sacrifice himself to fulfill it that Selina realizes that as much as she loves Bruce, Batman will always make it so they can’t truly be happy together. For between his code and inability to even take a vacation, while she is more than willing to change and be a good guy for him, he probably won’t hardly budge on his principles and routine for her.

Is Arkham the most ill-equipped penitentiary to handle both those it holds and those who may seek to break into Arkham to release those people? I mean, while we see Catwoman and Batman face off with many, and assumingly preps them for police, Harley Quinn got away. So you can bet that as long as Joker is in Arkham, and seemingly not deep in the jail’s bowels, she will make a way to free him and probably give others an opportunity to escape as well.

While Not The Best Story, It Will Keep You Engaged - 79%

Way Too Many Cameos, And The Ones You Want To See Not Sticking Around Long - 75%

The Reveal Lacked A Certain Oomph - 70%