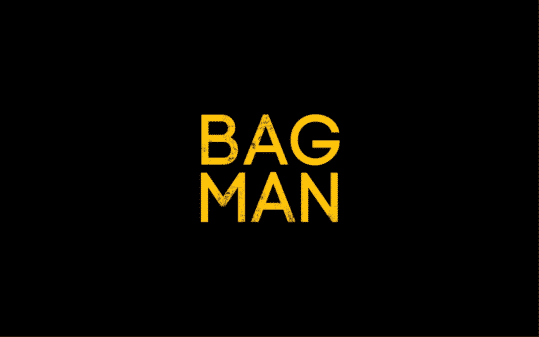 Bag Man will surely get you hyped up for Kin (Currently Scheduled for 8/31) even with the changes in the feature film.

By means not revealed to us, a young man from Harlem, NY has a gun. A large gun. One which isn’t an AK-47 or anything like that. This gun is out of this world. And one day, skipping/ being late to school as usual, he decides to take a train to Manitou to see what this gun can do. Something he originally planned to do with some cans. However, when he sees a guy who is likely to be killed by some mobsters, so comes the question if he should hide and wait for them to leave or see what the gun can do on some bad guys?

It Doesn’t Work Well On Its Own 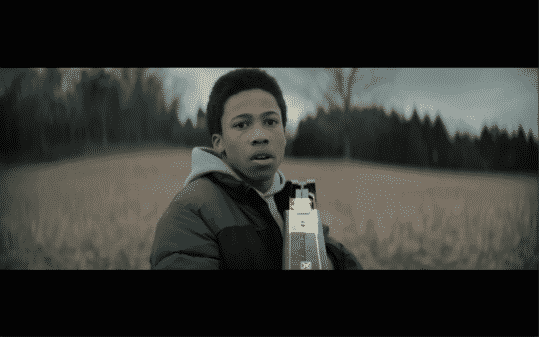 On its own, all Bag Man does is leave you with questions. Making it where it doesn’t so much seem like a short but a pitch. For you get everything you need to entice you. It presents a Black kid living in an urban environment, with a single mom. Interesting, sets this up to be a drama. Especially since there is some level of mystery about what happened to his dad. Which makes you wanna side eye that tired narrative but whatever.

Following that, it is established there are drugs in his area and he barely goes to school. Pushing you to question why he doesn’t go to school and how bad is the area? From there, he goes out to the middle of nowhere and pulls out this gun that looks like nothing he could get or just find on the streets. For this thing looks like it comes out of Halo

shooter. And we’re not even going to go into the mob since that seemed kind of random and just for to exhibit what this gun could do. They, as characters, don’t matter.

Bringing you to this point where, you can appreciate a short which can hook you in a matter of minutes. Yet, at the same time, you kind of feel frustrated since it is heavy on the action and sci-fi, but everything else is secondary. I mean, we don’t even learn what the lead’s name is! All that matters is the hook to get financing and as for common people watching this? In a way, it feels like this isn’t necessarily for you just yet. You’re welcome to enjoy it and get excited, but this is really to allure producers.

With a full-length movie coming up in a few months, while there seem to be drastic changes, this makes for a good introduction to the universe the Baker brothers made. One which might leave you a little frustrated by it not going into details, but it definitely gets you hyped to see what gets done when they have a proper budget, big name actors, and the time length to tell the lead’s full story. Even if it seems less interesting than the one presented in Bag Man.

On My Block: Season 3 Review