All Roads to Pearla has all the ingredients necessary to have some element of shock to it, but they just don’t come together as you need them to.

Brandon, a talented high school wrestler, just wants to get out of his small town and make it to El Paso, Texas, get a job at an oil rig, and cruise through the rest of life. However, after getting injured and meeting a young woman named Pearla, his hopes for an easier life are dashed as he is drawn into all the trouble which follows Pearla wherever she goes. 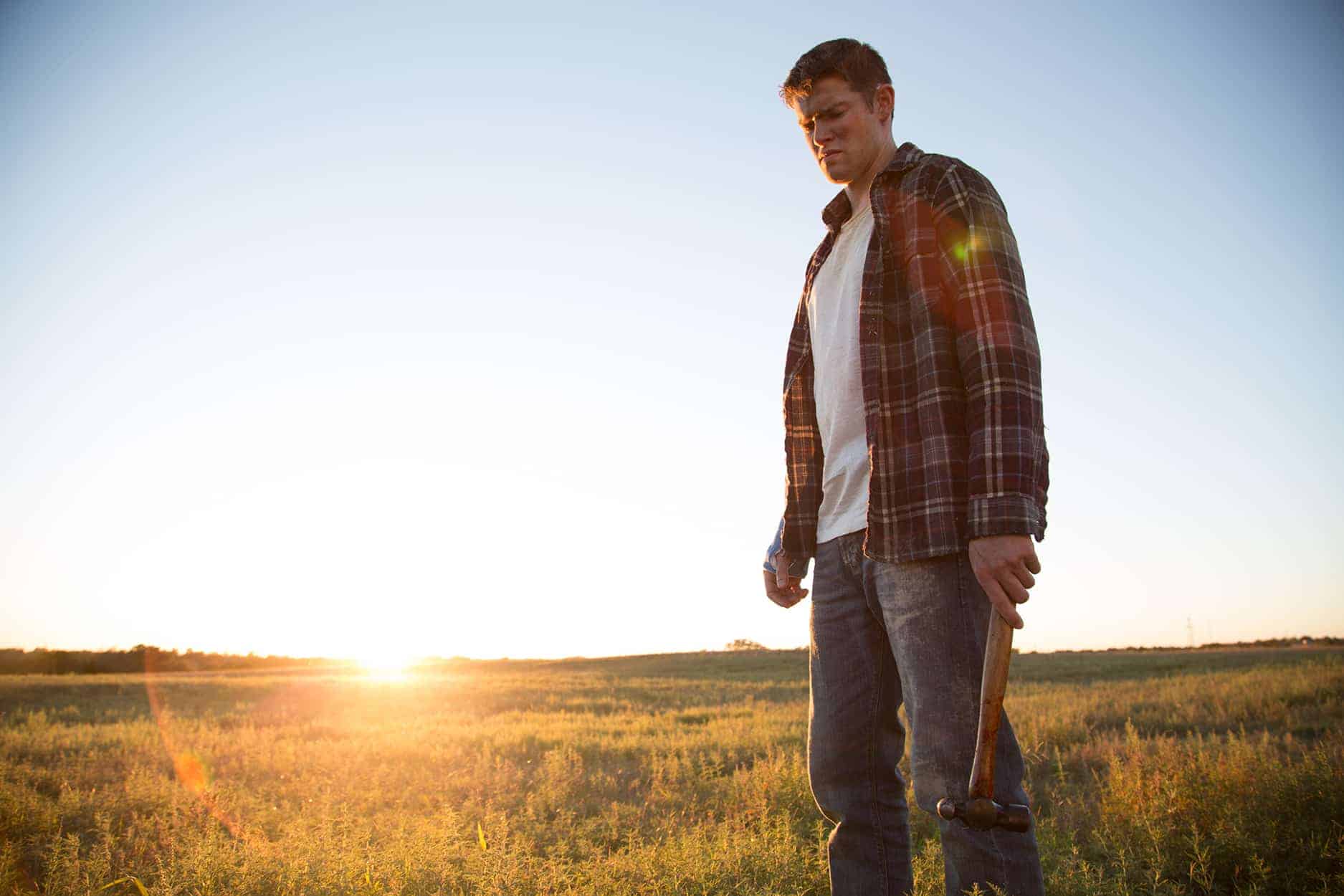 A wrestler in high school whose dad is gone, brother passed away, and his relationship with his mom is beyond miserable. So after high school is over, he isn’t talking about college or anything like that. He wants to get a job in El Paso, working a rig, and hopefully live comfortably. 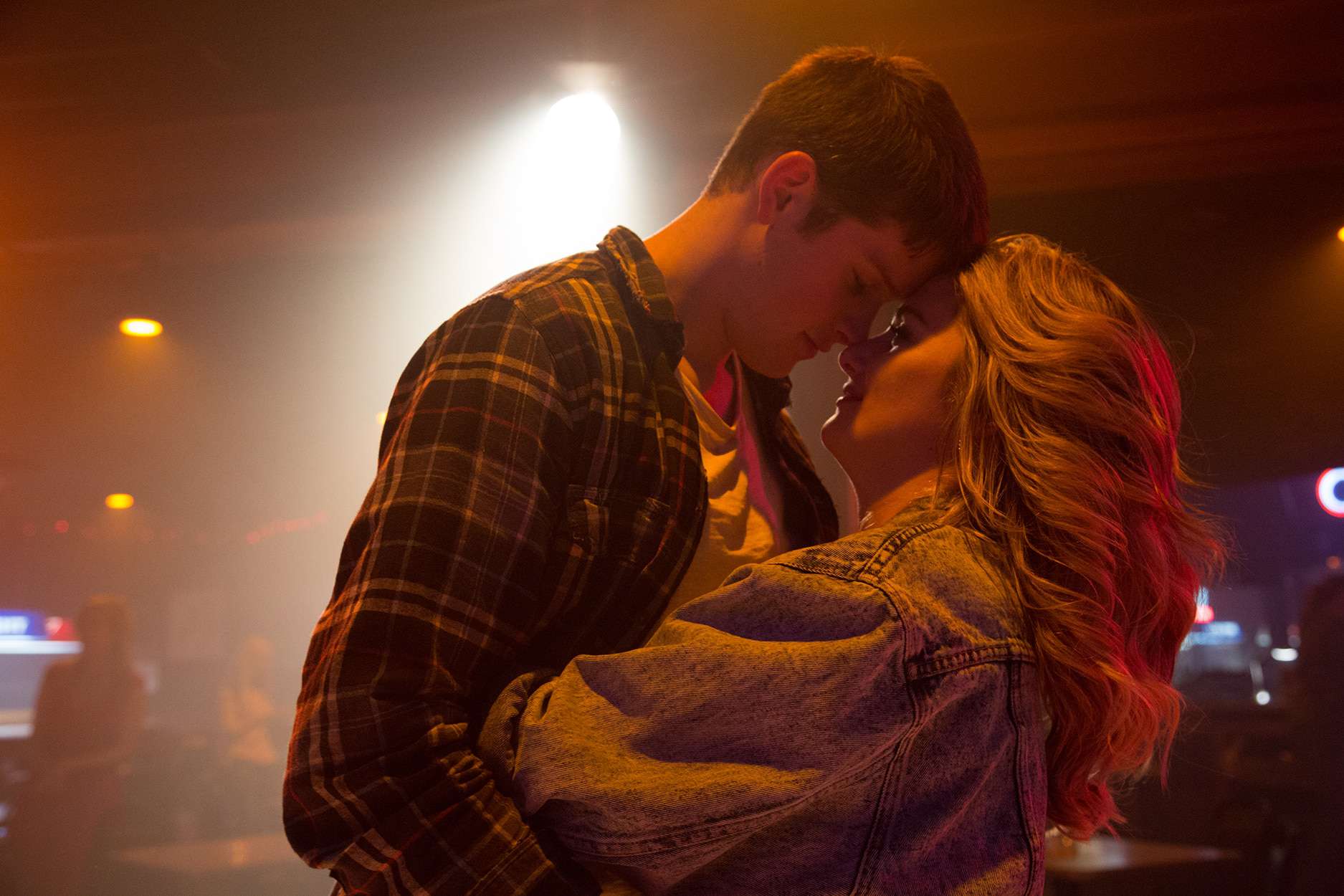 As for what Pearla does for work, it ranges from the strange to the normal to make people happy (euphemism), and she does some scamming on the side. However, that life increasingly is hard to keep up thanks to Oz, who is her “daddy,” her pimp, or whatever word you’d like to use for someone who is between wanting to control or know her every move.

Oz is a small-time thug, with a handful of minions, who is gay and violent.

Brandon’s coach, who seems like your run of the mill, “You’re good kid, but I need you to be great” kind of coaches. However, outside of school, and when alone with some players, he shows a different side to himself.

There is always this push and pull between what you expected from the trailer, what you foresaw could happen, and what you ultimately got. The trailer would lead you to think you’re going to get this sad romance of a girl wrapped up in some BS who falls for a small-town boy. The beginning of the movie will lead you to think maybe this girl, Pearla, is more dangerous than she lets on, and her innocence and vulnerability is a ruse. And this, in the beginning, gets you excited to see whether Brandon realizes this before his life gets ruined and his chances of escaping a small town in Texas aren’t ruined.

Too Much But Never Enough

All Roads To Pearla has a lot going on. There is Brandon’s desire to get out of town and the hell away from his mother who is still mourning his brother. Alongside that, you have Brandon’s coach who has certain proclivities that do far more than raise an eyebrow, and then Pearla’s drama. Which, between a drug problem, sex work, and her association with a man named Oz, it’s a lot.

The problem is, while many of these stories are interesting on their own, combined, they cancel each other out in the form of not giving each other breathing room. Brandon’s issues with his mother, the driving force of him wanting to get out, that storyline, with a potential predator as a coach, is good enough on its own. Pearla being trapped under the thumb of some man named Oz and trying to get out, no matter who she may have to use, again, a good story on its own.

However, as we see the two attempt to mesh, Brandon’s home drama feels meek and at the level where it is good information to know, but certainly lacks the emotional impact it should. Then with Pearla, while you can see she is strung out, pimped out, and grasping at her youth for it is all she has, the tone of the film doesn’t allow you to connect to Timlin.

Mind you, she puts on an emotional performance, but everything is so thin with the character development and story that while you know why she is crying, you aren’t there with her. And even as the film tries to mix things up, shake you up from a sense of callousness, it ultimately fails to do so. Which, by the way, isn’t helped by Oz, who could have and should have been a presence we didn’t get to see. For Mihok’s dialog and performance is geared more towards a comedy than him being this formidable small-town gangster.

Which we don’t mean to sound like a personal attack, for it more so may feel to you like the last straw.

All Roads to Pearla, without watching the trailer, just going by the short synopsis, will seem like something decent to watch after work or on the weekend. However, it never reaches the potential you’ll likely set for it. You’ll see glimmers here and there, but in an effort to be dramatic, it forgets to build up towards big moments and those which should be shocking. Thus, no matter how good the performance, it doesn’t hit as it should. Also, taking note of one bad performance it leaves such a bad taste in your mouth it drags nearly the whole film down with it.

Hence the mixed label. All Roads to Pearla looks good on paper, has a decent trailer, but the execution, especially of Oz, makes it so you only stay till the end, hoping maybe a last-second twist could save the film. Yet, alas, you’re left a bit disappointed.