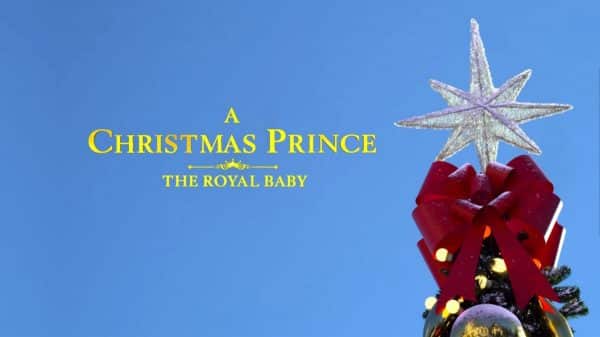 The Christmas Prince series continues and remains perhaps one of the best holiday traditions of the modern age.

Nearly a year after being married, Amber finds herself pregnant and prepping for her and Richard’s firstborn. Mind you, this is alongside all of her usual duties ranging from economical to social requirements. But, what is an entry of A Christmas Prince without some drama? First in the form of King Tai and Queen Ming, from the Penglia Kingdom, who are coming to sign a 600-year-old treaty. Following that, there is Queen Ming being traditional, and that conflicting with Amber being progressive. Lastly, there is the 600-year-old treaty going missing and you being left with a whodunit scenario.

Thus making Amber really stressed out which, as you can imagine, isn’t good for the baby and then add in a curse if the treaty isn’t signed by midnight on Christmas Eve? Expect a whole lot of hijinks.

Emily remains a major highlight of the series, and if they did a mini-series spinoff next Christmas, I would be happy. For while we don’t see a lot of her, she still remains a force to be reckoned with as she disrespects Simon, has cute moments with Tom, and honestly comes off as one of the most interesting people in whatever scene she is in.

The Mystery Of The Stolen Treaty

While the mystery didn’t create this grand “Whodunnit?” it did its job in creating the kind of drama that kept things fun, you pointing fingers, and while the person who stole the treaty comes out of nowhere, the reveal doesn’t ruin the movie.

The Bond Between Ming and Amber

There was something about Ming and Amber learning that, despite their difference, and reputations, they could see eye to eye on certain things and become friends. It wasn’t necessarily handled in a corny way, and you have to appreciate how, in a cultural sense, as much as Ming did adapt to Amber, she didn’t lose who she has been, for all her life, just because this American girl spend a handful of days with her.

Focusing on the differences, what you have to appreciate is how culturally different the two kingdoms are. Yes, the way Penglia was shown made it seem it was “traditional,” which seemed like a codeword for backwards, and a bit patriarchal. However, it never went so far that you felt the movie wanted to insult countries which could mirror Penglia and make them seem misogynistic. Instead, it recognized all countries approach how things are handled differently, and while there is room to grow, it doesn’t make one way the best way and the other outdated, if not oppressive.

Melissa and Simon Was Eh

Melissa and Simon have a thing, and like Sahil and Andy, who may or may not be a couple, or just bicker like a couple, there isn’t any real desire to invest in their relationships. I’d even say Emily and Tom are a bigger draw, as a couple, and Tom barely gets to say a paragraph word of words in the entire movie.

Yes, it is a simple, yet fun, holiday movie which features a girl from America somehow becoming a princess and continually ruffling feathers. But, what made this entry surprisingly good was the introduction of another kingdom, said kingdom not being represented by white people, and them having a distinct culture that wasn’t necessarily looked down upon as much as seen as different.

A strange part of me would like to do a marathon and watch Amber’s story straight through. Which is saying a lot since most films feel one and done, but A Christmas Prince, as a franchise, is strangely re-watchable.

A Christmas Prince: The Royal Baby, overall, is a wonderful addition to Netflix, this year’s offering of holiday movies, and the only thing that can be seen as a blemish is Melissa’s storyline with Simon. Mostly due to the character feeling a bit like a token. Otherwise? This is definitely something worth seeing for those who like holiday movies that are a little bit cheesy, definitely corny, but remain engaging throughout their runtime.

The Mystery Of The Stolen Treaty - 84%

The Bond Between Ming and Amber - 86%