Wherever I Look
Recaps, Reviews, and So Much More
Home Movies 2 Minutes of Fame (2020) – Review/ Summary with Spoilers
Movies

In “2 Minutes of Fame,” Jay Pharoah presents to you a movie that should have been a series, based on its premise.

Deandre McDonald has spent most of his life perfecting impressions and coming up with ease routines and sketches online. However, being that Adsense doesn’t necessarily pay much, despite his million-plus followers (which doesn’t sound right at all), Deandre wants legitimacy. So, with the help of his best friend/ manager Eddie, he gets into a LA showcase and gets serious about his dream like never before.

But there is a catch. His long term girlfriend, Sky, she is left back in Birmingham, Alabama, alongside Jaylin, Deandre’s kid with her. Also, one of the reasons Deandre got into the showcase is his videos criticizing Marques Black. Someone whose career has taken a turn for they began caring about money more than the quality of their content. It has even come to the point of being dressed up as a crow shucking and jiving.

As you can imagine, someone who is of Marques’ status, who came up due to stand up and hitting the road, seeing someone like Deandre make it from social media videos and a handful of stand up sets? That doesn’t sit right with him. So the very thing things which got Deandre to where he is, the support of his girl and son, making fun of a big-time celebrity, they may also keep him from his dream becoming a reality. As shown by having over a million followers on YouTube, Deandre has been in comedy for quite some time. Also, he has done stand up before, with impressions being his main hook. However, while successful in terms of the number of subscribers he has, financially, he struggles with paying his half of the rent. But, after his friend Eddie gets him into a comedy showcase in Los Angeles, things are looking up for Deandre.

Now, all he has to do is step up his jokes, avoid making enemies, and being wary of the allure of the city’s angels and demons. Eddie is Deandre’s best friend and manager for three years. His end goal is to own a talent management agency and giving Sarah Silverman a baby. 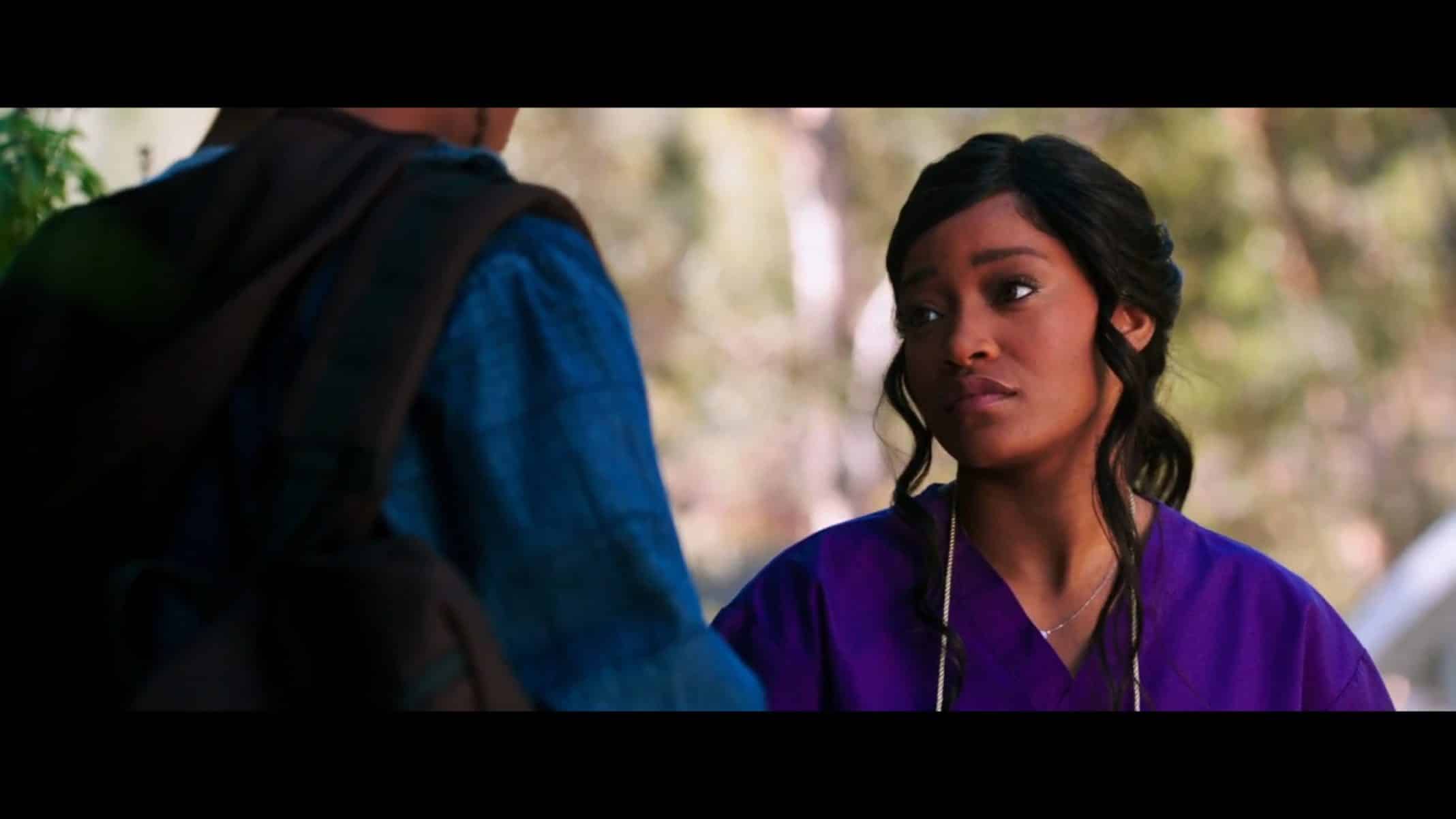 Sky is Deandre’s long term partner, who is a nurse and the mother of his child. This makes it hard for her to sometimes have faith in Deandre’s dreams for her long term investment hasn’t necessarily paid off, but these bills are demanded to be paid off. Sky and Deandre’s son, who is heavily into piano and gets teased because he is the only one in his class who seemingly doesn’t have a piano at home. In many ways, you can liken Marques Black to be inspired by Eddie Murphy. At least in terms of a huge comic who, you could submit, came to the point of focusing on making checks over potential classics, or box office hits. 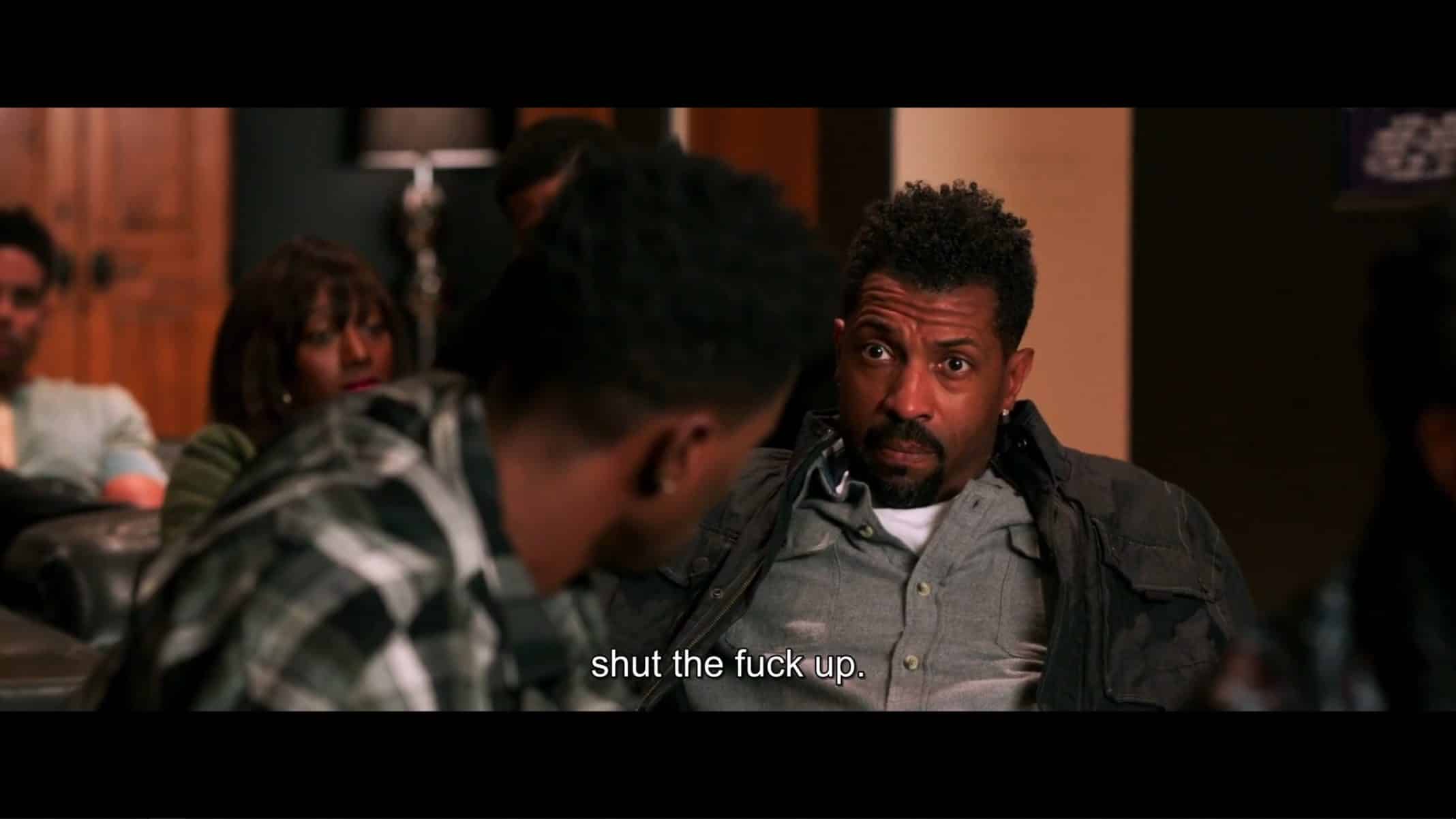 Marques’ manager, who is the one getting him up to $20 million a film, but for roles that are criticized by people like Deandre. Also, Nico, over time, has seemingly isolated Marques to the point most of the people surrounding him are Nico’s, and this has possibly furthered Nico’s power and influence. 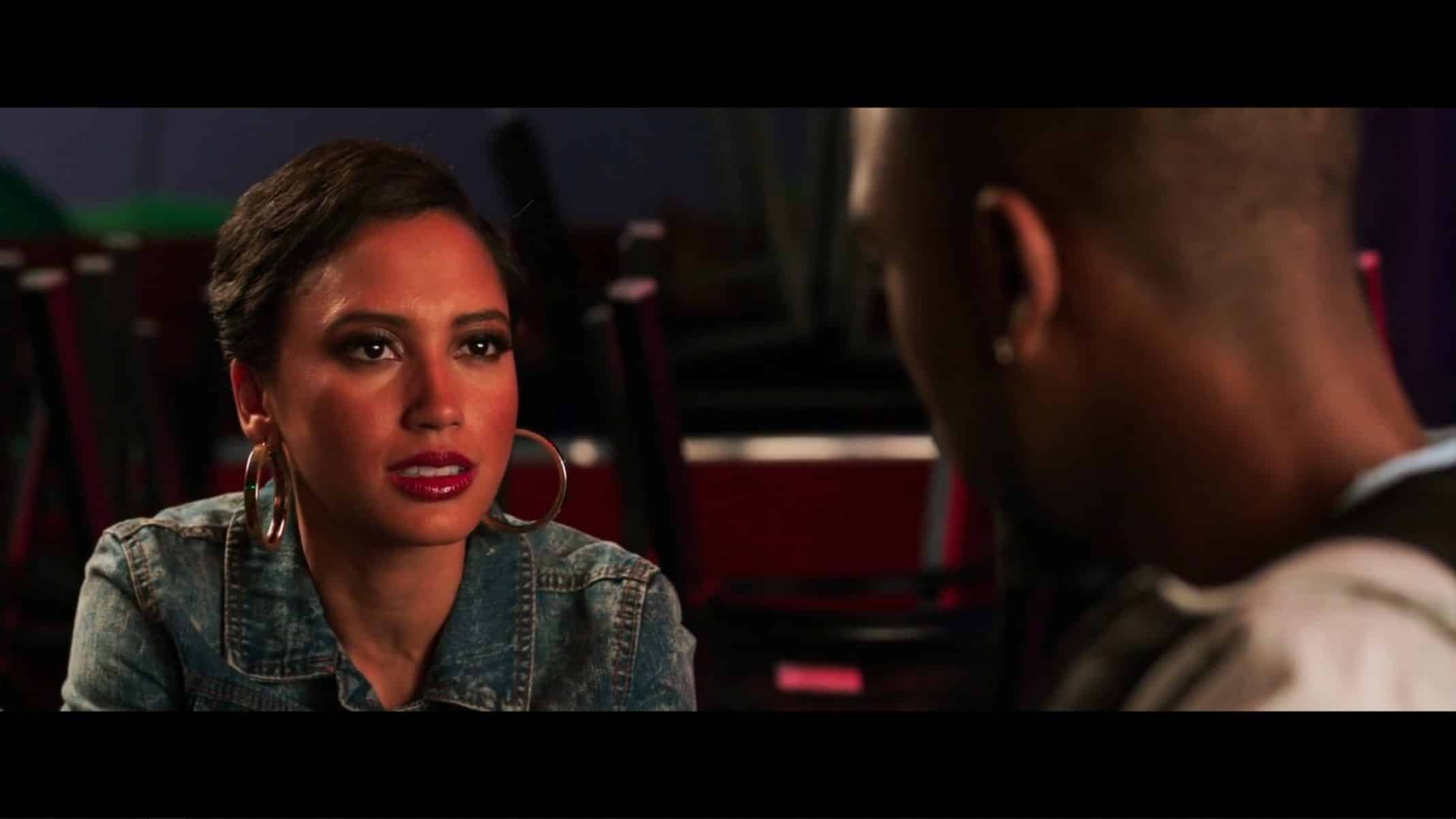 A writer, comic, actor, and host who Deandre meets that tries to help him take his comedy to the next level.

The rift between stand up performers and those who perform on social media, has seen some bridges built, but there remain issues. In the film, that is touched upon as Marques questions some of the laziness of Deandre’s jokes or comedians like Lunell airing their grievances about these kids getting opportunities that road warrior comics haven’t. This issue has been brewing for a long time, and “2 Minutes of Fame” feels like just a taste of what could, should, and would make an excellent series.

Imagine, focusing on a character, be it Deandre 2.0 or someone else, and watching them hustle for YouTube or IG views while doing as Deandre did and criticizing someone who made it. In the process of seeing Deandre 2.0 rise, you can see the Marques of the show deal with having a similar trajectory to, say, Eddie Murphy – who I believe Marques Black is based on.

And from there you could show Deandre 2.0 legitimize himself, maybe learn as he teaches the old school a thing or two, and some of these comics, like Lunell, who never got their due, they could tell their stories, be seen on a big-time platform, and get paid. Making it so, the show could focus on up and coming talent as much as those who paved the way and have long put in the work.

While Not A Laugh A Minute, It’s Funny

“2 Minutes of Fame” isn’t quotable funny. It has jokes and comedic moments that may make you chuckle or snort, but even with the talented names behind this film, it isn’t something which will make you laugh to the point your stomach hurts. In fact, hours separated from watching this movie, I can’t recall a single joke. The only thing I remember are Pharoah’s impressions, which we’ll get into below.

Deon Cole, through “Black-ish,” has become typecast as the cool, silly, can talk his way into positions he doesn’t belong kind of brother. In “2 Minutes of Fame,” however, he gets to switch things up. As Nico, he manages Marques, and there is no sign of that character that has popularized him. Nico is a bit more cutthroat, and there is a darkness we don’t see Cole tap into that often.

Thus leading you to see a whole new side to him and, of all the actors/comedians of the film, while he doesn’t steal the show, he will be the one that stays in your mind after the credits roll.

Jay Pharoah As A Lead Character

Pharoah, to us, is someone who needs to play off another actor. Not in a small capacity, like he does Palmer, or occasionally, like Williams. Pharoah needs a co-star with equal billing. Which isn’t to downplay his talent, even if the impersonations get old. More so, he lacks a certain oomph to be the star. A comic relief, a scene-stealer, or one half of a duo – that seems perfect.

However, the guy who is supposed to sell the movie? Honestly, considering DC Young Fly is in this, it makes you wonder why they didn’t just do a “Trainwreck” or “The King of Staten Island” type story that mixed his history with the ideas they had for this film.

While the ideas behind “2 Minutes of Fame” might be stronger than Pharoah’s performance, this film is the rare example of a good story compensating for what its lead actor lacks. For with the very real issue of how road warrior comics feel about this new generation, there are a multitude of stories to explore. The kind which could give comics who are veterans, but never got the chance they deserved, to finally get that guest star or reoccurring role they should have long had.

And while the excitement of what this could have been eclipses what it is, we’re still labeling this as something worth seeing. As it is, “2 Minutes of Fame” is enjoyable, has comical moments, and when it comes to Deon Cole, also Katt Williams, they show they can be more than the comedic personas which have gained them fame. Thus pushing you to hope, if this ever does get adapted, they stay on board.

Due to Deandre’s videos upsetting Marques, and going viral, Nico is tasked with handling the situation. So, using Taylor, who befriends Deandre, and damn near tries to really mess up his life by sleeping with him, Nico gets Deandre eliminated from the LOL showcase. Specifically, due to Taylor giving Deandre money, while she was hosting a comedy event, which was against the rules of the LOL showcase – making outside cash.

However, luckily for Deandre, Nico slips up, and his confession of screwing Deandre over gets recorded, and Eddie keeps Deandre from slipping up into and screwing Taylor. Thus, with Marques’ help, Deandre gets back in the showcase and either wins or gets far enough to do comedy full time and go on the road.

Now, as for his relationship with Marques? It’s hard to say what becomes of that. He is very disrespectful to Marques when they meet but, with Marques seeing through his insults, there is the possibility they are on the way to being cool. As long as Marques realizes he doesn’t know everything.

This needs to be adapted into a series – plain and simple.

Jay Pharoah As A Lead Character - 74%

“2 Minutes of Fame” is enjoyable, has comical moments, and when it comes to Deon Cole, also Katt Williams, they show they can be more than the comedic personas which have gained them fame.