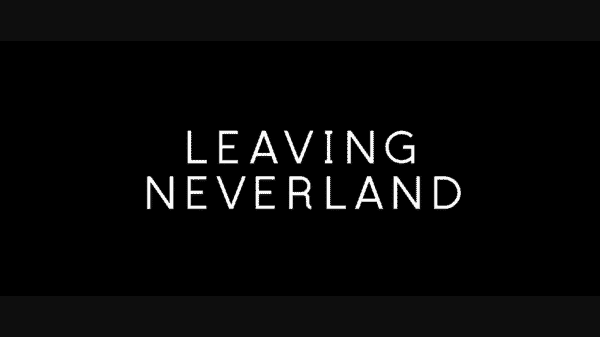 While not a big Michael Jackson fan, with the past coming to roost for so many I expected the worst. However, all we got was a shoddy hit piece given legitimacy by HBO.

Together with Wade and James, we trek through 1986 to about September 1992 to speak upon how the two boys, Wade at 7 and James around 10, ended up allegedly having a sexual relationship with Michael Jackson. This is all done through their own account, with parents, siblings, and a grandmother fleshing out details. Outside of people related to the now men, no one else speaks. Making it so you have to believe them, without a 3rd party, that any of the alleged events happened as they claim.

The Lack of Third Parties To 2nd Any Claims

The big issue with this whole thing is that it sticks squarely to James and Wade’s family. Also, the film, part one anyway, doesn’t name names. There is a mention of a personal assistant who arranged contact with Michael for Wade, but who that was is never said. Names like Macaulay Culkin and Brett Barnes are brought up, but not allowed to counter anything Wade and James said. Simply put, this is a hit piece which doesn’t seek outside sources to either confirm or deny what happened. It’s all about creating this victim narrative and keeping the story tight so that when the court of public opinion sees this, the world would take their side.

Perhaps the one good thing which comes from this movie, I dare not call it a documentary, is it confronts you when it comes to believing men when they speak about their assault. For women we generally believe, unless there are politics involved and then people put their heads in the sand. However, in this situation, you have two men claiming being assaulted and molested by the biggest superstar, perhaps ever.

So, with that in mind, you have to confront a few things. The first being, do you not believe the men because you don’t think Michael would harm children, was gay or meant for anything he did to be taken as they believe (in terms of gifts and attention)? Second, considering both men have shady past when it comes to the criminal and civil suits against Michael Jackson, how should we see this?

After watching Seeing Allred, it has become apparent that when you can’t defeat and expose someone in the legal system, the best way to handle them is by going to the court of public opinion. The problem with that though, especially in this day and age, is that it is easier to accuse someone and it stick vs. defend yourself, and the truth circulate. So when it comes to Wade and James, how can you refute long periods of them talking about what Michael Jackson did to them sexually? Add in their parents being enablers, in their own way, how can you defend believing Michael?

Well, so comes the issue of this film not seeking outsiders and exposing Joy, in particular. For with Wade’s brother Shane, and their grandmother, noting she left the family for Wade’s career, and she noting she was a bit of a stage mom, it leads you to discredit them. With each detail that pushes the parents out there, such as them letting their child stay with a man who they’ve barely known for days, you have to raise an eyebrow.

Leading to, more and more, even with no one speaking on Jackson’s behalf, you, even if you aren’t a fan, wondering why this movie is made in the same fashion you’d write a report in high school or college. That is, writing it from your point of view and only seeking sources and means which support your opinion. Then, perhaps like this film, using minimal information which could refute all you said because then it creates just enough doubt to derail everything.

I did my best to go into this with an open mind for after Bill Cosby’s downfall and the long-awaited one coming to R. Kelly, I must admit I was curious if Michael Jackson would be next. However, neither Wade or James, much less director Dan Reed, seemed to be about telling the whole truth. What this is seems like a 4-hour movie made to make Wade and James look like victims and perhaps vindicate their parents’ foolish decisions by noting the mystique of Jackson. Even to the point of saying the man broke up Wade’s family.

Hence the negative label. While I’ll check out part two, solely to finish what I started, honestly there doesn’t seem to be a bit of journalism or some sense of investigation here. The men lost in court, no one would buy their book, so to raise their profile it seems this was made to drum up interest. And I hate to say all that, for it sounds like victim denial/ blaming, but the bias of this film is undeniable, and it tarnishes any means you could have to believe Wade and James.

While I’ll check out part two, solely to finish what I started, honestly there doesn’t seem to be a bit of journalism or some sense of investigation here. The men lost in court, no one would buy their book, so to raise their profile it seems this was made to drum up interest. And I hate to say all that, for it sounds like victim denial/ blaming, but the bias of this film is undeniable, and it tarnishes any means you could have to believe Wade and James.