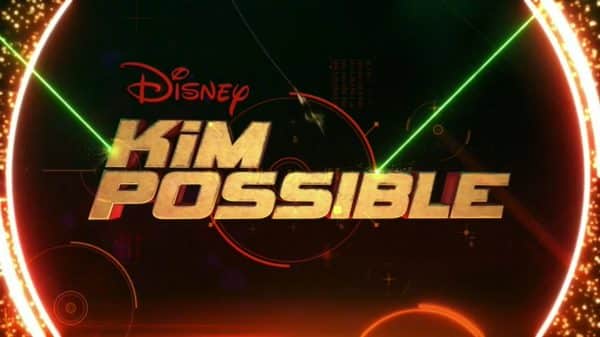 This modernized version of Kim Possible could grow on you, but many of the jokes, and changes, including Kim being made insecure, may turn off older fans.

In some ways, Kim Possible is an origin story. One which addresses how Ron met Rufus and how Dr. Drakken became blue. However, when it comes to Ron meeting Kim, and why Shego is Dr. Drakken’s minion? That isn’t addressed. Instead, we get the aforementioned and Kim having a bit of a nervous breakdown. Why? Well, in the film, Ron and Kim meet a girl named Athena who is as good, if not better, at being a hero than Kim. Because of this, she has an identity crisis and we’re left to wonder whether Kim will get her life together or leave the hero stuff to Athena and Ron.

Sean Giambrone is perfect casting, acting, and nails Ron Stoppable. While everyone else seemingly wanted to put their own spin on the classic characters or adapt them for modern times, it seems Giambrone recognized he had a classic character and only tweaked him slightly. Mostly in the form of him doing live feeds which seemed like a Ron thing to do. Outside of that, it seems Ron was left to be Ron, and for that I was grateful.

The Modernizing Of The Characters & Story

I get Disney wants to be hip and cool, acknowledge how big Instagram and making selfies are, but it does so in such a way that makes most of the film so corny.

Notably this is seen in the jokes which range to a handful of funny ones, like Kim calling her mom and grandmother the Golden Girls, and Shego making jokes about Dr. Krakken’s hairline. However, those few good jokes are quickly passing reprieves compared to the million and one bad ones Dr. Krakken does and the kind of dialog which makes seeing this labeled a DCOM seem like a lie. Especially if you are used to the DCOMs from the 90s and early 00s.

While Kim having a mini-breakdown was a surprise, everything else in the film you’ll probably guess what will happen. I won’t go into specifics, but if you’ve watched enough movies, you’ll be able to figure out the entire plot of the movie within the first half hour. Heck, it may not even take that long.

I gotta admit, multiple times in the movie Athena got me teary-eyed. With this character, we got some sense of heart and the feeling this wasn’t supposed to be an action/ comedy. Also, while Kim having a breakdown was supposed to be heart clenching, it fell flat. So, Athena seeming alone, Kim’s pep talk in the salon, and how things end for Athena, you may get a little emotional. I can damn near guarantee you won’t cry, but you may feel that if this film was consistent, they could get you.

Honestly, Shego is the only villain of this movie you will grow to love. While she isn’t an instant sell like Giambrone as Ron, she grows on you. Be it her sarcasm, her fighting, or her seeming over all the nonsense Dr. Drakken puts her through. By the end of the movie, you’ll feel for Shego and question why in the heck is she Dr. Drakken’s minion through thick and thin?

I’ll put it to you this way, this movie ends in such a way this could act as a pilot for a series.

Overall: Mixed (Stick Around)| Purchase, Rent, Get Tickets, or Merchandise On (Amazon)

While I wasn’t the hugest fan of Kim Possible when it first aired, I did watch it alongside That’s So Raven, and other classic Disney Channel shows. So, with that in mind, some of the updates to Kim required getting adjusted to. If only because Disney tried to have Kim Possible adapt into a post-Girl Meets World universe where characters have panic attacks and teenaged crises. All of which, maybe if the live action version continues, we can get used to.

However, what drives the mixed label is the jokes and modernizing of the story doesn’t work for all situations. Dr. Drakken is a clear example for in an attempt to harness that character, we get the biggest liability of the movie. Add in a predictable plot, which is strangely paired with emotional moments, and we get a movie which is seemingly going through puberty and struggling hard. Making the idea of a sequel, or a series, something of interest but also an idea which inspires caution.

The Modernizing Of The Characters & Story - 65%

What drives the mixed label is the jokes and modernizing of the story doesn’t work for all situations. Dr. Drakken is a clear example for in an attempt to harness that character, we get the biggest liability of the movie. Add in a predictable plot, which is strangely paired with emotional moments, and we get a movie which is seemingly going through puberty and struggling hard. Making the idea of a sequel, or a series, something of interest but also an idea which inspires caution.