A guide for the film “Flashback.” Noted are cast members, information about their character(s), and additional details about the film’s story and characters.

It is a stressful time in Fred’s life. His mother, simply known as Mrs. Fitzell, has hematoma and alongside her memories slipping, her doctor believes she might die soon. Alongside that, he just moved into a new place with his partner, Karen, and started a new job. This combination has left him drained, and while Karen is understanding and lovely, she can only do but so much.

Hence, when stuck in traffic one day, Fred decides to take a detour down an alley but with getting a phone call, he stops and finds himself face to face with a junky. One that jogs an old memory of a young woman named Cindy, a high school crush, and Fred decides to look her up. But with each person not knowing, off the bat, what happened to her, he digs and digs and forces others, and himself, to address a pass partly fueled by drugs. 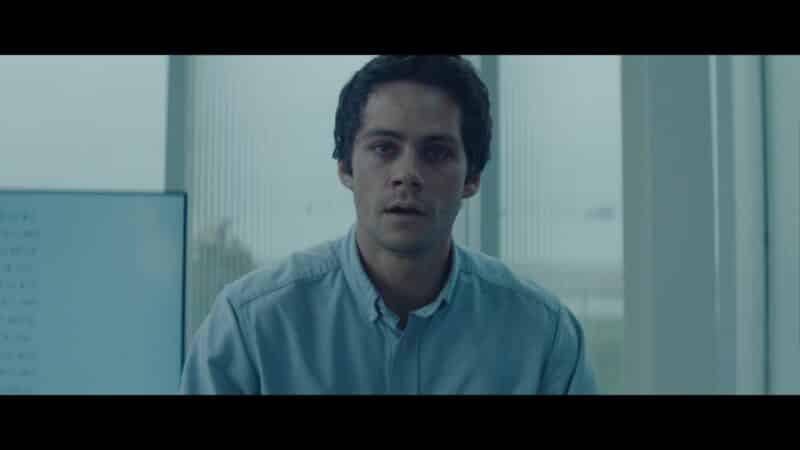 Fred (Dylan O’Brien) before he loses his mind

Despite graduating from a Visual Arts school, Fred is now working as an information analyst. It’s not a terrible job, but far from exciting, and the type of thing you do when, even if you have talent, you cannot monetize it to the point of taking care of yourself. But, between him and his partner, Karen, he has a home, a car, so things aren’t all that bad. Granted, memories from his past are muddled due to past drug use, but he plans to change that. 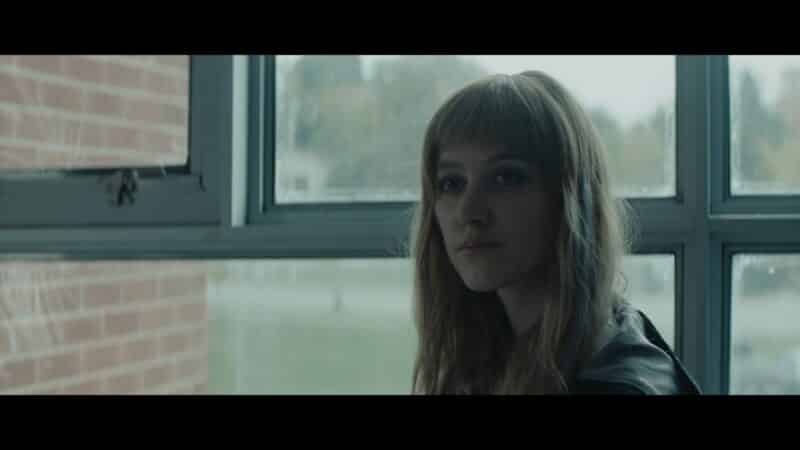 Cindy (Maika Monroe) in school, looking at Fred in the distance

Fred’s high school crush who used to do Mercury with him, but unlike Sebastian and Andre, rather than chill once getting high, she liked to move about, and he’d often follow her. However, what happened to her the day of senior finals was a mystery. One that, 13 years later, Fred wants to solve. 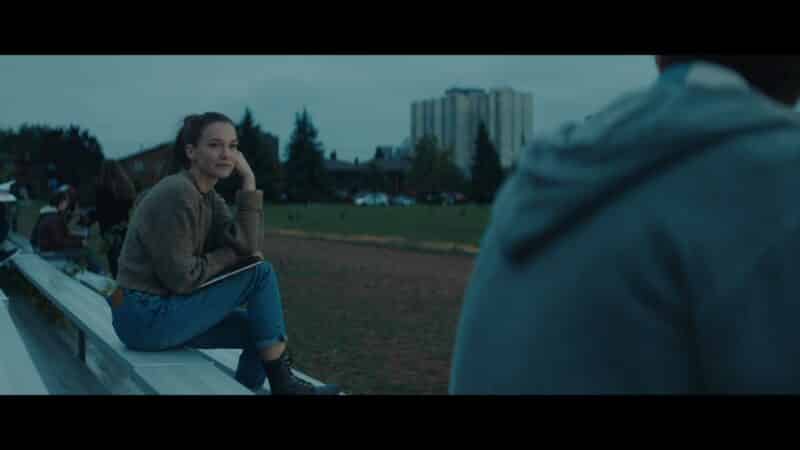 Karen (Hannah Gross) the moment she and Fred first spoke

Fred met Karen on one of the last days of his high school senior year, and they have been close ever since. Now she is his partner, and they live together, are intimate, and she is his primary source of support as his mother lays in a hospital dying. 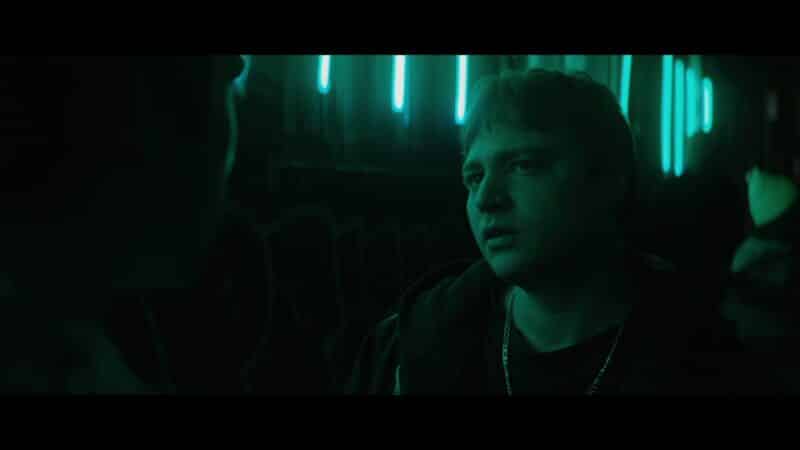 A drug dealer in high school, and still a drug dealer in modern times, Sebastian is bad news and was a bit of a bully to Fred when they first met. However, after holding some Mercury for Sebastian, who knew he was about to get searched, the two became cool. Andre is married, with two going on three kids, and despite how he appeared back in high school, like Fred, he turned his life around. But, also like Fred, it seems nostalgia has gotten to him, and that draws him into the adventure of finding out what happened to Cindy. 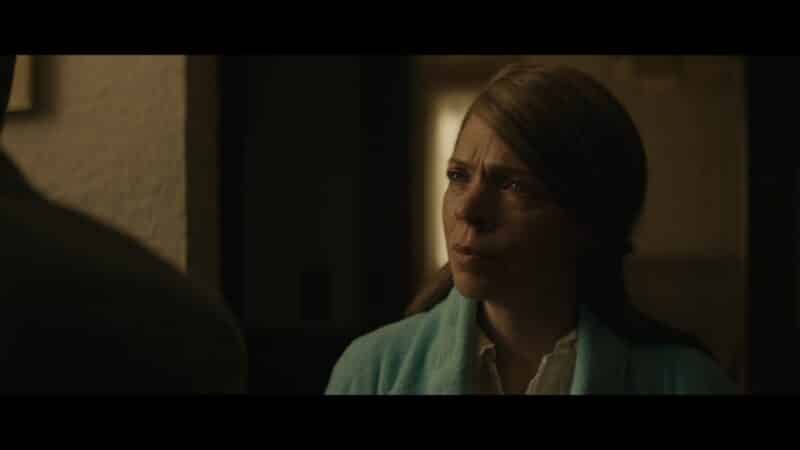 Mrs. Fitzell (Liisa Repo-Martell) when Fred was a child

From what it appears, Mrs. Fitzell was a single mom who raised Fred on her own, and he often was a handful. Not necessarily a bad child, but certainly no one’s angel, and his time on Mercury certainly didn’t help. However, now she can just barely remember her son, and it seems their relationship has healed immensely since he was in the troughs of addiction. 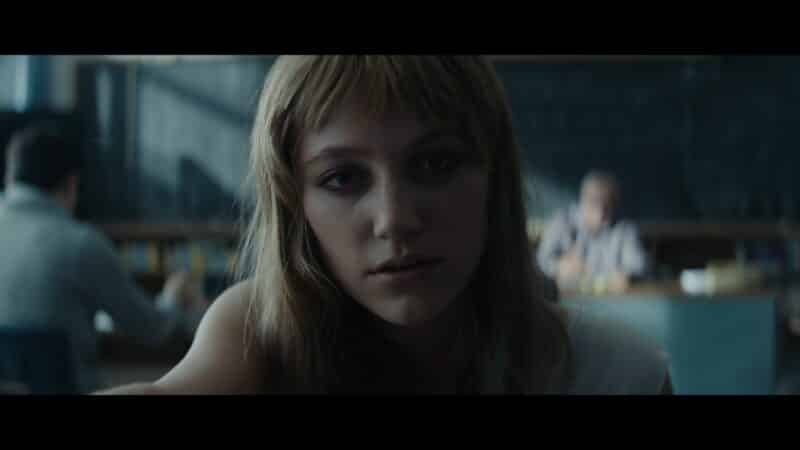 The way things are presented, in the timeline we see Fred in, Cindy never left the building at the corner of Blackbird Street where it appears Fred and Cindy may have taken pure Mercury or overdosed on Mercury. Now, this is when things get weird. The film presents the idea that maybe Fred never left after potentially OD’ing, and maybe all we’ve seen was one of the timelines he was on. For, in a montage, we also see the various lives Fred could have had with Cindy from being junkies together, him being a big-time artist with a villa, or him and Cindy traveling the world together.

Yet, it ultimately seemed that Fred was getting tired of existing within Cindy’s shadow and wanted to commit to the timeline where he was with Karen. Thus, he chooses the timeline where Karen talked to him after taking one of his last finals in high school and those two being together since that fateful conversation. And while we can’t say for sure that is Fred’s reality, it does seem that, after doing a trial run of this timeline, the second time around, he makes sure to be free of Cindy’s influence and to properly put him behind her.

However, in the process of doing so, he loses his renewed friendships with Andre and Sebastian, and his mother’s condition doesn’t improve. But he does have Karen, a job, and even a kid on the way. All of which is a better life than anything he seemingly dreamed up with Cindy but ultimately knew wasn’t real.

Does Flashback Have Prequel/ Sequel Potential?

Everything that could be said in Flashback is said, and considering how it wanted to play an almost Inception game of whether we were experiencing the true timeline, there isn’t much of a need for a sequel. What we’re left with is good enough, and nothing beyond that feels necessary.