A guide for the Quibi series “Don’t Look Deeper.” Notes are cast members, information about their character, and other details about the show.

For a good part of Aisha’s life, she has had issues with her optic nerve, which caused spasms and blackout episodes. Just in the current year alone, she had three. But, to her knowledge, these spasms were something which were unfortunate genetics.

However, upon accidentally cutting herself, she discovers the reason her eye may have issues, is because she is an advanced robot. One that, by the end of the first few episodes, learns she has been repeatedly erased.

Aisha’s boyfriend at the start of the series.

An English professor, as well as Aisha’s father, who is raising her on his own.

Aisha’s therapist, who is aware she is a robot and seems to be the primary one wiping her memories.

To say Emily is odd would be an understatement. But it isn’t because she is a teacher’s pet, but more so, upon discovering Aisha’s truth, she doesn’t let it go. She forces her to reveal her truth and considering the way she acts, who knows what she may do with this information. 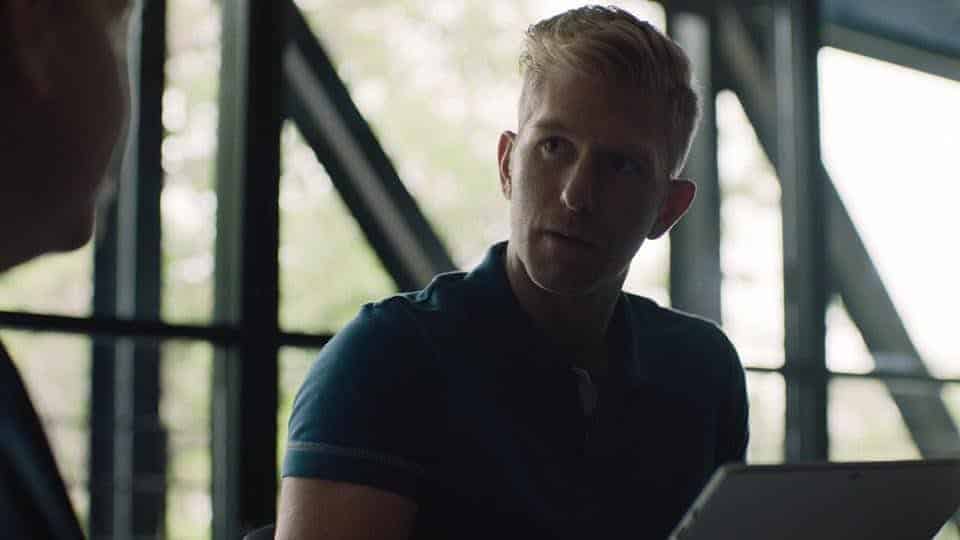 The CEO of Rylium Technologies, an international company, who often conflicts with his brother, Abel, about the direction of the company.

While Abel is a notable part of Rylium Technologies, thanks to his brother, he is seen as someone who should be given only very specific tasks and is more good for handling dirty work than anything else.

Cailian was designed, approximately 5 years ago, to be a little brother for Aisha, due to her feeling lonely.

Set in Merced, California, “fifteen minutes into the future,” DON’T LOOK DEEPER centers on a high school senior who can’t seem to shake the feeling that something about her just isn’t right. And that something is… she’s not human… not one of us. This revelation of what she really is, where she comes from, and who has started looking for her, sets in motion a series of events that suddenly puts her entire life in jeopardy.