Let’s just say when it comes to the ending, while this show has long been renewed for a second season, you might not have foreseen what happens.

As you can imagine, Beck is quite scared by the fact she is now trapped in a glass cage, like a bird, and having to use a bucket to go to the bathroom. Yet, because the show doesn’t want you to ever see Joe too badly, the writers, alongside Badgley and Ciardiello go into overtime. How? Well, by bringing up how abusive Joe’s father was, his mom not caring, and noting Mr. Mooney was kind but crazy. You know, the kind of person who will justify their abuse by making it seem it is better they are doing it to you than a stranger. For at least from them, you’re learning a lesson rather than being solely punished for being ignorant, vulnerable, or just a plain ass fool.

However, two can play that game. Beck’s backstory is also brought into play by noting her upbringing surrounded by rich girls, her being a big girl, and no boy wanting her. This is followed up with her uncle touching her, and her dad not believing her. If not at least saying or doing one thing to make it feel like her concerns were valid. Then there is her adult life where she befriended the people who bullied her as a child and she hated. Why? Well, for most of her life she dreamed of finding her prince. One that might be a frog or beast, but she’d be the one to turn him. Yet, that day never came so she decided to live vicariously through the women who seemed to have that magic.

But then came Joe. He loved her in ways she felt she had never been loved and so she fell for him. Yet, come to find out, despite thinking she now had the magic of the princesses she grew up on – she didn’t change the beast. It was just he wasn’t hairy or slimy, he was just another man. 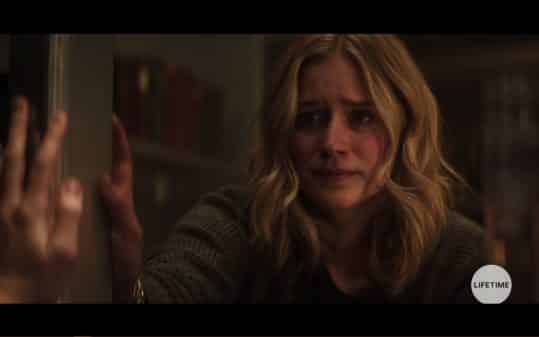 In my mind, the whole premise of this show is exposing how toxic the way people develop the idea of romance is. Especially if their parents don’t provide it in the home. We know Joe’s story and how he thinks love is all that matters and it excuses anything strange or creepy for, in the long run, the girl appreciates what you do. It’s like Edward Cullen, in Twilight, watching and stalking Bella, yet them ending up married with a kid. Or, more appropriate to Joe’s age, watching nearly any movie which comes out that has the guy mess things up royally but with one grand gesture – all is forgiven. Joe sees his grand gesture as helping Beck get the writing career she always dreamed of.

However, things aren’t that different for Beck. Despite how dated they are, Disney still has a grip on molding expectations of love and romance. So kissing a few frogs, dealing with the nature of a beast, some may argue it is normalized for eventually they become that prince. “The One” who is meant and was made only for you. It’s just you have to be patient and wait.

This combination gives the show its ability for you to go back and forth with Joe. Wanting to feel bad for him yet remind yourself the man is crazy. He has taken things to the extreme and no matter how sad his backstory, it doesn’t justify his actions. But, the same way Joe is crafted allows you to feel sorry for him helps you feel confused about Beck.

Taking note her prince charming story, could she love the darkness in Joe? With this show already having a second season ordered, it pushes you to think she could forgive him for this. It would be absolutely bonkers but it isn’t like we haven’t seen screwed up things happen. Who is to say, in her own twisted way, she might have thought it was endearing and lovable. Just complicated – like the rest of her life.

While Joe is no saint, it’s like the saying: One man’s trash is another man’s treasure. However, in this case, it is one woman’s torturer is the guardian angel of another. To explain, Ron beats the living hell out of Claudia and because she has so much baggage, she can’t leave Ron. For the threat on the table is, if she does, he’ll reveal her issues and that means Paco will be taken away. Hence why Ron wanted Joe the hell away from that family since it presented options. By isolating her, even from her sister, it gave him control over their lives.

Problem is, Paco is not the type to just let his mom be beaten. He tries to take a gun from Joe’s shop and when that isn’t allowed, but he is given a key to Joe’s place, he whacks Ron with a bat. Fortunately for him, not hard enough to kill Ron but now Ron may very well kill him. But, Joe catches up quick enough and rather take an ass whooping for Paco, as he did before, he kills Ron. Well, he not only kills Ron but expects Paco to keep his secret – an important thing to note.

Why? Well, it is because we learn Beck was faking it with Joe and luring him into the idea he was forgiven and they could work it out. Yet, upon trying to escape, Paco sees and hears Beck but walks away like he knows nothing. Thus dooming Beck to her fate. 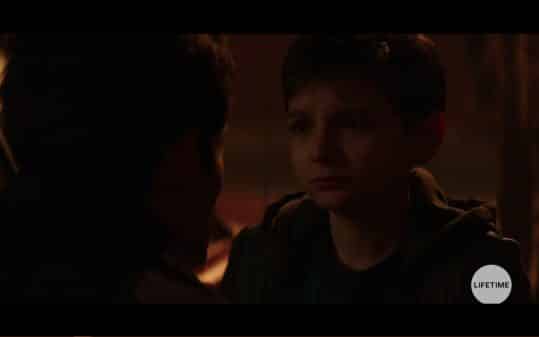 A child’s loyalty is both easily gained and easily lost but when you have it, as seen by Paco walking away from Beck, it’s yours. But, with him seeing Joe kill Ron and him surely smart enough to piece together what happened to Beck, will he confront Joe? Will anything ever be said about it? Well…

Beck has been dead for about 4 months and in trying to appease Joe, she wrote a story making it seem Dr. Nicky did all that Joe did. Something Ross doesn’t believe, for he caught Joe slipping. However, thanks to Blythe, Beck’s manuscript becomes Joe’s alibi. Add in Paco not saying a word, alongside moving to California and it seems Joe is off Scott-free.

Well, that is until, as he mourns the possibility of finding love, guess who walks into the bookshop – Candace. Yup, she is alive and boy are we left with a whole lot of questions thanks to that cliffhanger. 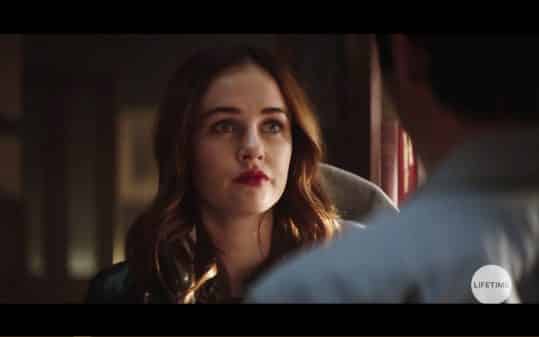 So, Joe killed Beck, Ron, Peach, and Beck’s ex and is getting away with it? Dr. Nicky is really going to take the fall for all that despite Ross talking about possibly having evidence of something left behind? Namely Joe’s urine but, from a quick Google search, it seems urine wouldn’t really be a great source for DNA extraction. So it was likely Ross bluffing. But, with that said, don’t they need more than some circumstantial evidence and Beck’s story? Don’t they need a murder weapon and more? Granted, Lynn and Anika co-signing doesn’t help but this seems like it shouldn’t hold enough weight for a conviction.

Though, all of that aside, where in the world was Candace and how is she able to nonchalantly just walk back into Joe’s life like that? Not to forget he has imagined her before but he hasn’t hit his head recently. Plus, she looks the way she actually was vs. how he saw her with rose colored glasses. So could she have actually been in Italy all this time? Heck, does Joe maybe have a selective memory and maybe he helped her get rid of her brother for insurance money or something? Considering Joe has a knack for getting into places he shouldn’t, there are so many ways to look at this.

Thus making You one of the handful of shows which know how to do a season finale right. For by both killing off characters, bringing about a shock value, while setting us up for a second season, we have gotten all we can ask for. Well, besides when season 2 will air.

Every relationship teaches us hard lessons, right? That’s their gift, to make us ready for the day when someone, maybe the one, walks in who could truly love us and we could truly love them.
— Joe