As it becomes apparent a rescue isn’t happening anytime soon, Taissa leads the group to a nearby lake in the past and in the present? Misty and Natalie make a discovery.

Spirits All Around Me (Modern Times & Past) – Taissa, Nana Bassey, Sammy, Jessica

It appears, since she was a child, Taissa has been connected to people who have seen spirits – most of the malicious variety. Her grandmother, Nana Bassey, on her death bed, saw one who apparently snatched her grandmother’s eyes, and now Sammy sees a woman who he refuses to identify. But, while Sammy is becoming worrisome after he hits a kid for talking about his momma, Taissa has more notable things to worry about.

One thing, keeping with the otherworldly issue, is that Manny, Sammy’s favorite toy, gets found in the basement, mangled. But the main thing on Taissa’s mind is her campaign. Why? Well, Jessica, the Star-Ledger reporter, we’re told she is working for Taissa and is getting sent out to temp those she can find that survived the plane crash.

Thankfully, no one has talked yet, but with the aftermath of the plane crash still a liability, she wants Jessica to press on. Especially since her Republican opponent, Phil Bathurst, has started to run attack ads, and while Taissa is willing to use his daughter to take him down, she’d prefer not to escalate the situation.

Jackie and Taissa find themselves splitting the group as Jackie wants to wait by the plane, hoping to be rescued, while the majority would rather travel to a nearby body of water that Taissa found. Which, at first, seems to have been a good move. Granted, carrying Ben miles to the lake was strenuous, but let’s not forget these girls are athletes.

However, the real blessing may come from finding a cabin near the lake, which isn’t so big that everyone has their own space, but it seems structurally sound and can provide some protection from the elements. However, even with having a place to get water and potentially bathe, not everyone is happy. Ben, for example, is definitely angry at the world due to now being handicapped, and though Misty tries to be a reassurance and nurturing force, it borders on being inappropriate and annoying. 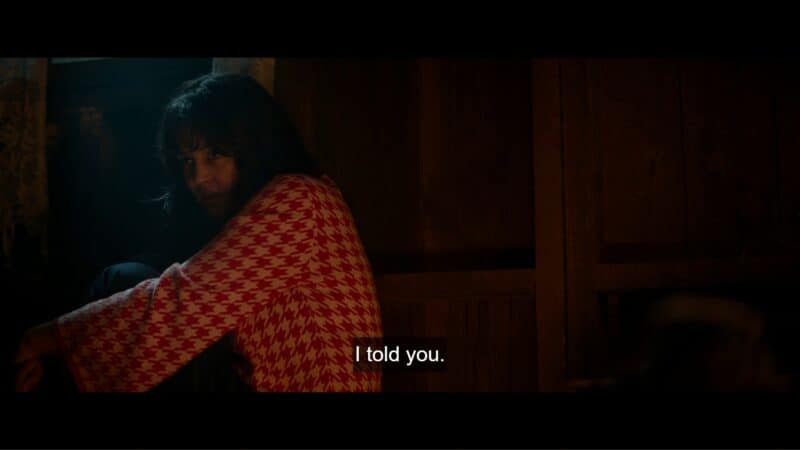 As for the rest? Because Shauna voted to leave the plane, she and Jackie have a bit of a row, but Jackie gets over it by the end of the episode. Travis, the moody dude he is, becomes a bit of an ass to his brother Javi and in general, but Natalie does her best to stick up for him as she watches the vultures who notice Travis is hot. This leaves Charlotte, who is running out of her meds and has a bad feeling about the cabin – which she was right to, as there is a skeleton in its attic.

In pursuit of learning more about Travis, Natalie and Misty head to New Hampshire, but all they get is arrested for breaking into Travis’ home and learning, later on, that Travis either hung himself or someone hung him. It isn’t clear which, but Natalie has a strong feeling Travis didn’t kill himself. As for Misty? She is just trying to make sure Natalie still sees value in her presence.

You see, Misty doesn’t hide too well that she messed with Natalie’s car, which is strike one. Strike two comes from Natalie learning that Misty has been masquerading as her to Kevyn. Now, did this get them out of jail when Taissa refused to help? Yes. However, Natalie has Misty’s number and doesn’t seem to appreciate what she is doing.

Switching over to Shauna, it seems she has caught Jeff cheating, and with Adam finding her while she was stalking her husband, the two talk, and it seems Adam might be used for revenge sex.

I’ll give it to the writers and actresses. Taissa stepped up in both the past and present, which brought back interest in the modern-day characters. Now, granted, as said in the last episode, one thing that put the past versions ahead was all the violence. But, with that absent this episode, things were a little more balance. Granted, Taissa having multiple encounters with the spirit world did raise an eyebrow and make you wonder if the mystery symbol may have something to do with her. However, it wasn’t just the weirdness surrounding her grandmother and now her son. It is also her political career.

Previously, it seemed her political career would be one of the least interesting things about the show. But, with us learning she hired Jessica, the show tapping into the dirty way politics is handled, and maybe what it means to be a Black woman in politics? It could be interesting. Also, while the show seemingly wanted to make her being queer an uneventful thing, considering the way her younger self looks at Van? That could be an interesting plot. Especially when you consider how she may have acted the months they were in the wilderness vs. when they got back home.

For, consider this, if Travis disappeared on Natalie due to them breaking up, who is to say Van didn’t live but disappeared because she and Taissa broke up? Hence why we don’t see her in modern times?

Lack Of Interest In Travis And Natalie’s Relationship With Him

Natalie, both past and present, still hasn’t really broken away from a pseudo “I’m not like the other girls” persona. Though, what sucks is, in the past, her storyline is mostly about her crush on Travis and in modern times? Well, it is pretty much the same thing. It’s just now she has addictions on top of that, and Misty latching onto her.

As for Travis? He, too, feels very one note at this point, and it makes seeing him hanging unfortunate, but it doesn’t draw you into his or Natalie’s story more. Even with Taissa noting Natalie and Travis did get together and were toxic. 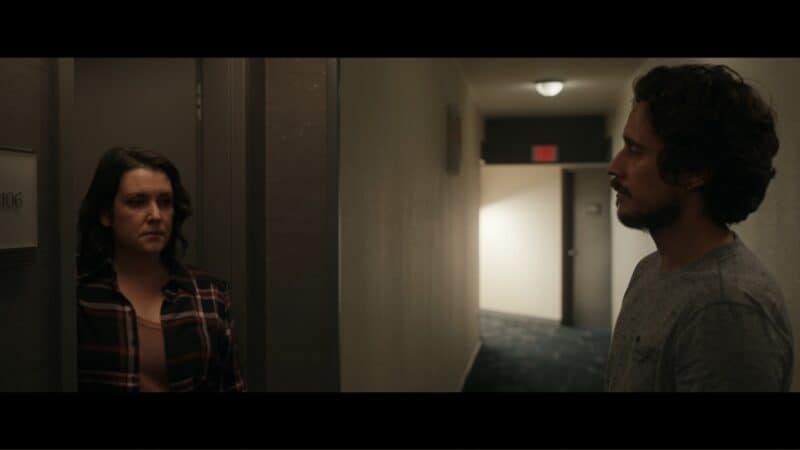 Let’s throw in Shauna when it comes to characters who need a boost. In the past, she still is operating as the popular girl’s best friend, and in the present? Honestly, she might be doing worse than Natalie. For at least Natalie has Misty and seems capable of developing an interesting storyline. With Shauna? Her and Jeff’s marriage brings nothing notable to the show and her affair with Adam? Again, a snore.

But what makes things worse is that it is hard to imagine Shauna’s storyline getting better unless they do something drastic. Which, at this point, would be someone exposing all the girls did in the past and Shauna having to deal with her hand in at least one girl’s death. Yellowjackets: Season 1/ Episode 3 “The Dollhouse” – Recap/ Review (with Spoilers)
Trajectory: Plateau
While some characters are still struggling to get back to the high point they once had, thanks to Taissa, it seems the modern-day versions of many counterparts shouldn't be counted out just yet. They just need to be explored a bit more to compete with what's impending in the past.
Highlights
Taissa
Disputable
Shauna
Lack Of Interest In Travis And Natalie's Relationship With Him
76
Subscribe to our mailing list