Wherever I Look
Recaps, Reviews, and So Much More
Home TV Series Years and Years: Season 1, Episode 3 – Recap, Review (with Spoilers)
TV Series

The rest of the world is set aside as we come upon 2026 and between a death in the family, elections, and grave mistakes, the Lyons family are dealing with a lot.

After the financial crisis, which reverberated throughout the world, Stephen ends up having to become a courier, I mean “Lifestyle Enhancer” for an Amazon-like company, Beckindole’s, that gives 0 f***s about its workers. I’m talking no holiday, no sick pay, insurance is a joke, and you pretty much being forced to realize you are either deal or can leave and will be immediately replaced. But, at the very least, Celeste finds a decent job doing accounting for local schools. So while her husband is miserable, working with Oxford grads, she at least remains in her field.

Good thing too since NHS and drug suppliers are getting wonky, and it makes it so those like Ruby who need medicine, for Ruby it is epilepsy medication, are screwed. Though, to throw some extra gasoline on the burning pit, Edith helps cause the downfall of a company named Wytel by using Lincoln, Rosie’s son, and having him cross-dress as a girl. Which, considering he grows fond of bows in his hair, may have opened his gender expression up. So maybe her using him wasn’t all bad?

It’s a bit strange all the hate for Vince considering both of his sons are following in his footsteps. Take Daniel. He left Ralph for some man he randomly met and has committed an exuberant amount of time to keep him alive. I’m talking getting people to sign petitions, letters, flying about throughout Europe, and showing why that whole preferential treatment rule exists. 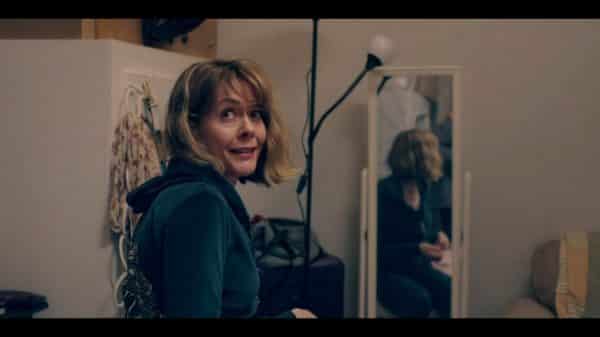 But he isn’t alone. We learn Stephen is having a full-blown affair with a co-worker, Elaine, at least sexually, not clear if it is an emotional affair yet, just like his dad may have. Someone who dies this episode, at the ripe age of 69. Which bothers some more than others. Rosie is the one who pushes it down a bit, while the others are a bit more emotional. However, when it comes to Edith, it seems she has run out of f***s to give. She even, after they turn Vince into a liquid, downs him like a shot.

However, that may not be the weirdest thing. Said title may belong to Steven, who is Stephen’s younger brother from when his dad left his first family. And to make matters a bit weird, and awkward, it seems Steven gets a kick out of the idea the oldest and youngest, phonetically, having the same name. Leading to the most noteworthy thing Vince’s death brings up, why Rosie hates him. Now, him leaving the family is obvious, especially since he started a new one and was faithful to his new wife throughout the 20+ years of their marriage. However, for Rosie, the issue for her is that she believes her being born, and not being like her siblings, caused the affair, divorce, and the distance. This is something Edith refutes when spoken to, but it is clear this belief is deep-seated in Rosie’s heart, and with her dad dead, now the opportunity to fully move past it may have went away with him.

Vivienne continues to rise in politics. For while she is a very rich woman, clearly using the media and politics to become a powerful one as well, no one is really catching on. Her talking about an IQ test to vote isn’t making things hard for her, showing porn during a debate, or even the EMP pen she somehow gained in the last episode. The spectacle of her performance increasingly secures her party and power, and then she creates a network focused on her party as well. Pushing you to realize the many ways that politics will surely get worse before there is even the slightest chance it gets better.

But of course, politics aren’t the only issue – which includes, I should note, the Four Star party winning enough votes to be a tiebreaker in parliament. There is also those like Beth, and new best friend Lizzie, doing thin research into the next trans-human offerings. Take Lizzie and Beth trying to digitize their sight? Something only Lizzie does, but shows a sense of desperation you have to appreciate, alongside a desire to be how you feel you are. 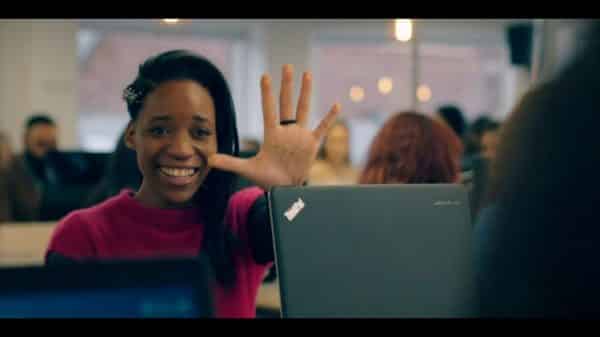 Though, despite this bad situation, I bet you this isn’t the end of Bethany’s pursuit of going digital.

While it is a bit strange their relationship, considering Celeste can be quite stern with Bethany, you have to love how their relationship has survived and remains Beth’s go to. Because, when she called about the situation with Lizzie’s eye, she could have said she’d only talk to her dad and made a big stink about that. However, she allowed her mom to help, held her, and gave Celeste a sense of connection. One that she only gets from her family, kids now, since Stephen is having an affair and holds unspoken animosity towards her.

It’s amazing how history repeats itself, doesn’t it? Despite knowing what it did to their family, both Daniel and Stephen cheated, or are cheating in Stephen’s case, on their partners. But it doesn’t end there really. There are two boys and two girls, with the girls seemingly more aware of the world and what’s going on than the boys, and there is also the issue of every character more geared to love their maternal figure than the absent, or partly unavailable, father figure.

Leading you to wonder, how far might this pattern go? With Celeste knowing about the affair, will she keep it to herself or let things go? Also, considering how damned Vince was over his affair, how will Rosie, as well as Muriel, handle Stephen, the oldest and formerly well to do one, faltering? Will Muriel blame Celeste, reigniting their old beef or will she take Celeste’s side? Perhaps even kick out her grandson?

Rosie blaming herself for her father leaving, and that being the root of her hatred, led to such a good moment with Edith. Also, it helped create a universal moment in having a long-standing issue with a parent that goes unresolved since neither is willing for that difficult conversation. One which, I fathom, Stephen had and yet the rest, either due to indifference or pain, avoided.

Unfortunately, it seems the kids of the show aren’t necessarily props, but aren’t going to be developed much either. For outside of Beth, who has some minor development, the rest are often just there. Lee and Ruby are just names and faces at this point. Maybe a few anecdotes but if you aren’t taking notes, within a week you’d forget anything which could be said about them. Then with Lincoln, as much as Edith may have triggered something within him, ti is too soon to tell. But one can only hope, as this show jumps years and years, they do something with these four or at least bring Ruby, Lincoln, and Lee to Beth’s level.

There is a growing fear in watching this about how it will handle escalation. Mind you, we are at the halfway mark, and this is a limited series, so it isn’t like we should expect multiple seasons. However, after a nuclear bomb, financial markets imploding, and things like that, it makes you wonder if focusing just on the Lyons’ family drama will be enough? A problem that presents itself in this episode since the focus increasingly is less about the world and more about this family unit. Which is fine for one episode, to reconnect with everyone, but if the rest of the series was like this, I could image things falling fast. Unless Vivienne has a direct effect on them.