Wherever I Look
Recaps, Reviews, and So Much More
Home TV Series We Are Who We Are: Season 1/ Episode 8 “Right here, right now #8 and Last” [Finale] – Recap/ Review (with Spoilers)
TV Series

In the finale, the focus becomes squarely on Caitlin and Fraser once again, and the bond that changed both of their worlds irrevocably.

As you can imagine, Danny leaving the place he has called home and made friends, on the brink of senior year, doesn’t go well. What doesn’t help is that Richard is nonchalant, Jenny still very much in “We do as we’re told” mode and Caitlin? Well, she isn’t fighting or even helping to pack much, which infuriates Danny even more.

But who cares about his feelings? What does matter and brings about a strange moment is Britney coming over, seemingly to say goodbye, getting in Caitlin’s bed, having her get under the sheets, and kissing her. This leads to Britney confessing it has always been Caitlin, and it seems like either Sam was used to make her jealous, perhaps to kiss Caitlin vicariously, or maybe Britney is bi?

None of it is clear but considering Britney wasn’t really developed throughout the season, what can we expect?

Getting The Band Back Together – Caitlin, Fraser, Luca

For a part of the episode, you’re led to believe Caitlin’s family having to move caused a rift between her and Fraser. You might not be wrong, but when Blood Orange comes around, what bonded them before puts them right back where they were. However, when on their way, after hitching a ride, Fraser meets a boy named Luca, it threatens to tear them apart again. Why? Well, here is Caitlin, in Harper gear, full goatee, and mustache, a little insecure, as always, and Fraser, who admits Mark was fake, latching onto someone. In the moment, perhaps Caitlin feels replaceable, if not like a trend in a magazine that Fraser latched onto.

What doesn’t help is when they get to the Blood Orange concert, Caitlin is utterly abandoned as Fraser and Luca make their way to the stage. Thus leaving her to her own devices, which includes heading to the bar.

It Was Always You, Wasn’t It? – Caitlin, Fraser, Luca, Futura There she meets a woman named Futura, the bartender, who takes note of Caitlin, and clocks her as well, but with her giving Caitlin a backstage pass, things were cool – at first. However, as Caitlin was kissed by yet another girl and things didn’t click, she runs away. I’d even say, similar to when Fraser ran from Jonathan, you get this vibe that, just when Caitlin got something she thought she wanted, she realized the fantasy was broken.

Now, as this happens, Fraser and Luca are having a good ass time. After the show, they even hang out, see some sights, and they too make out – despite Luca having a girlfriend. However, it seems neither are really into it, and after a certain point, things click for Fraser. Thus leading him to make a mad dash to the train station to stop Caitlin, who was utterly done with that night.

But, as always, Fraser has a way to drag her out of her mood and shell, and they find themselves where Luca brought Fraser and – they kiss. Fraser initiates it, I should note, and Caitlin is all smiles as he kisses her lips, her head, her neck, basically saying he loves all of her no matter what.

Which ends the season. 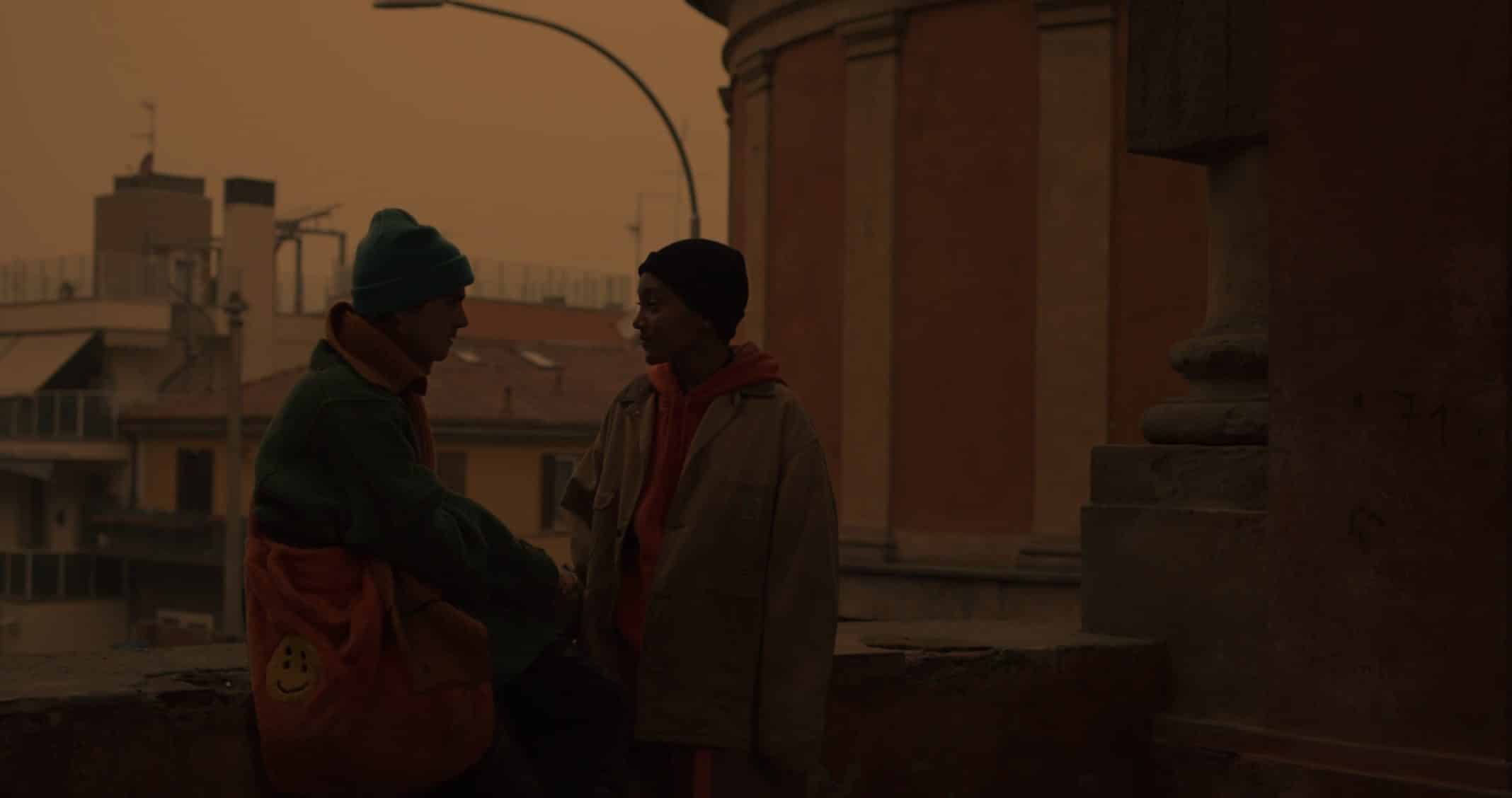 Our takeaway from Fraser and Caitlin kissing other people, and even being in potentially sexual situations, and them hightailing it, was because they weren’t ready and comfortable. Yet, on top of that, I think the other desire here was both wanted intimacy. Not sex, because clearly, both could find that if they wanted to. Rather, they wanted someone to see them and go beyond accepting them but loving them as a whole and not the part that person found the most lovable.

With Fraser, he knows he can be rude, eccentric, and not for everyone. Yet, Caitlin listened, took advice, and I think the one thing Fraser always appreciated about her is that she allowed herself and him to be vulnerable. After all, the only time Fraser ever cared for Sarah was when she didn’t seem to be trying so hard and, perhaps, let him take the lead.

I mean, one can submit that is why Fraser got along with Caitlin and kissed her when he did. She didn’t press him to be anything beyond who he was, and when he set boundaries, she accepted them. Mind you, she set some too, in terms of him not kissing other girls, but she never tried to trap him into this version of him she needed.

Also, lest we forget, there was reciprocity in that. Fraser was a kind and guiding hand as Caitlin tried to figure out her gender identity. Which, by the end of the season, there is still a need to question whether Harper might be a drag persona or a full-time, everyday, identity? Never mind whether Caitlin, assuming they are a boy, thinks that means they should like girls when really, even if they are a boy, they may only like boys?

Yet, that’s the thing that perhaps led to Caitlin liking Fraser – he was supportive in the way she needed. He helped with the mustache and beard, tried to dress her, and while Sarah got involved, it wasn’t like she was a shared project between them. Fraser even backs off a bit when Sarah got involved, seemingly to make it clear he saw her as a person beyond her trans journey. Never mind isn’t a project for him.

This isn’t to downplay his struggles with her journey, especially in the bathroom scene of this episode, when he perhaps realized he may have had feelings for her. Yet, in him saying that he likes Caitlin, Harper, whoever, as long as they are the person he knows, in heart, personality, and love, that’s all Caitlin needed.

For way too often, sex is the end goal, and with that comes the idea that is the end-all to be all. However, clearly, while part of what makes life worth living, sex can’t be that. Never mind, often the best sex comes from those with who you have intimacy with long before you are taking your clothes off.

Fraser & Caitlin Ending Up Together [76]

I’m for it, since it has been built up, yet I was hoping they would be platonic. Mainly due to loving the idea of male and female relationships that have intimacy but aren’t romantic. Especially in terms of normalizing the idea that the same way we see women and men, amongst their own, they can be with the opposite gender.

Yet, I can’t say I’m mad the two got together. I’m just dealing with expectations not being met. 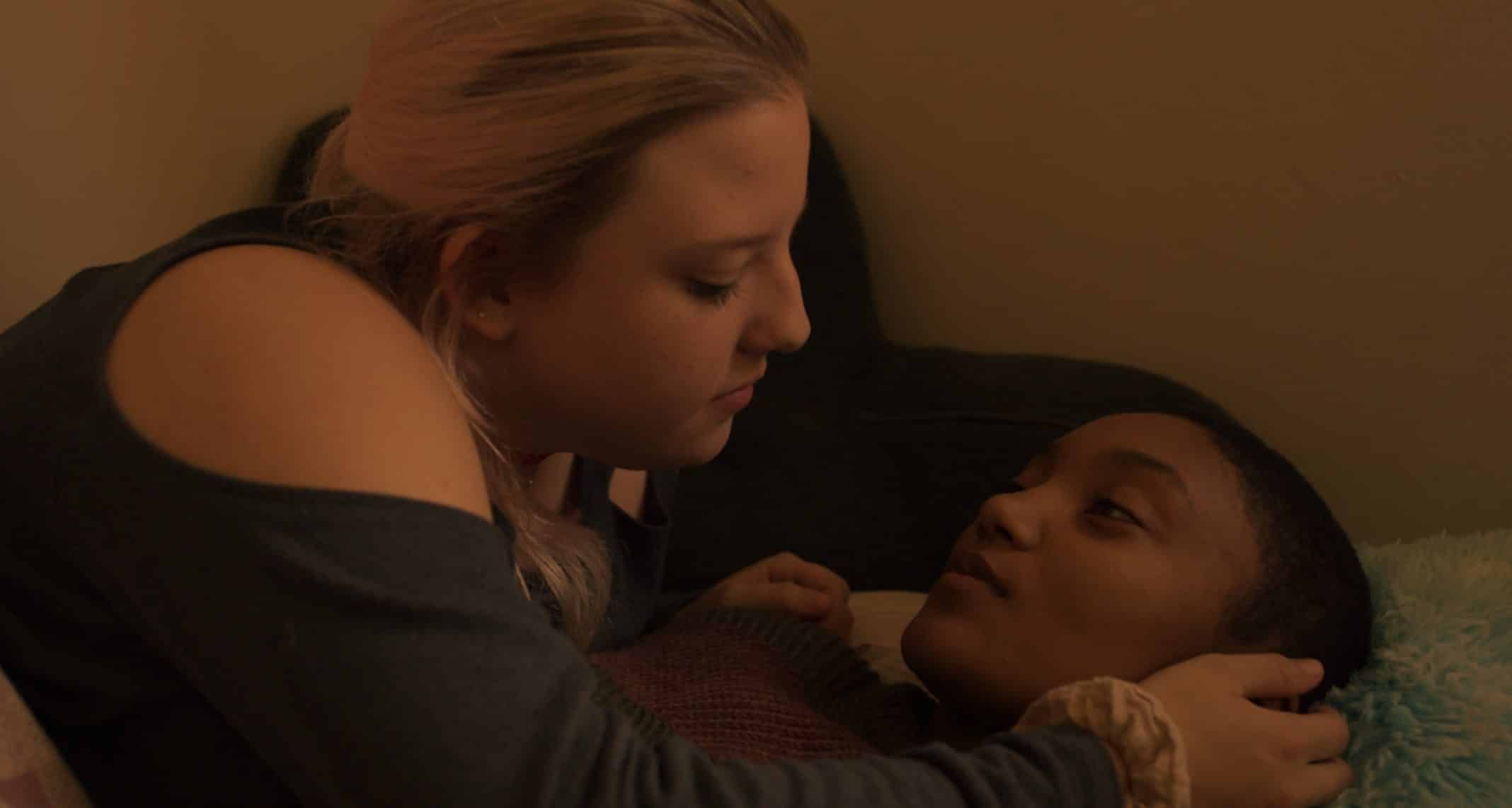 Britney making out with Caitlin, came out of nowhere for me. Yet, as noted previously, so little is done with the supporting actors on this show that it’s hard to not become frustrated. Britney, this once vibrant girl who seemed like she could be a major force in the friend group, she eventually just became a girl passed around from Enrico to Sam, and then seemed like a puppy missing her Caitlin every now and then.

To us, not in a romantic way, but with Caitlin being the only American girl in the group, beyond Britney, there was an assumed connection there that was rooted in friendship. Which made the kiss strange solely due to Britney’s journey being off-screen and, like so much of the show, limited to how Caitlin or Fraser could see them. Leaving her, Danny, and the rest, people we may have seen and heard something about, but individuals with their own lives and goals? Barely.