As Emma slowly removes the stick out of her bum, Marisol is dealing with some interesting developments.

Tlaloc finds himself back in Marisol’s life, and it is all thanks to Yoli. You see, with Marisol losing her job, for being a few minutes late, she is feeling a bit down. Which Yoli gets since her parents are about to lose their place, due to her mom signing their home away. But, while her life is a mess, she recognizes a party could be good for Mari and sends her to a one which happens to have Tlaloc. You know, the dude who filed Mari giving him head.

Yet, thanks to some sweet talk, and him eating the box, it seems they might be back on good terms. 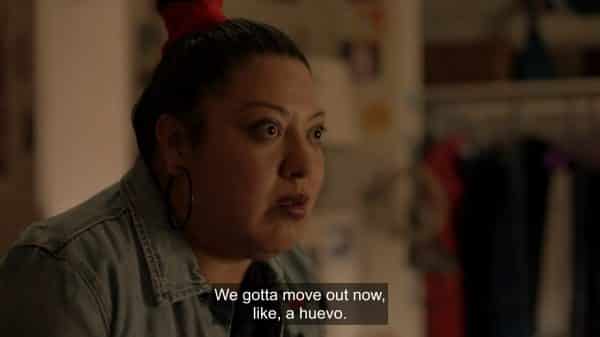 Emma and Eddy continue to bump heads with one another, but this time it is over renting Don Fully’s former apartment. One which Emma says she can get $2,000 for which would help immensely. But with Eddy trying to get in the way of the pricing and choosing, Emma becomes tempted to go to probate court since she knows Eddy doesn’t have a leg to stand on legally. Leading to, when Eddy needs help, and Lyn is the only one around, she asks Emma not to be called – especially since she peed herself.

Thus Johnny is called since, while Lyn works out, it’s not like she is a bodybuilder. She can’t lift Eddy and help by herself. But in asking for his help, they end up in a conversation which has Johnny call Lyn a detour. All just because she was trying to be too friendly and perhaps familiar.

Cruz and Emma seem to be getting along well, but there are some ideas in Cruz’s head that things could go past her pleasuring Emma. You know, being more than a local convenience. However, Emma slowly but surely leaves Cruz questioning what is going on. It all starts with a compatibility test about, if your partner became a zombie, what would you do? For Emma, the answer is simple: Kill them, rather than have them suffer. Cruz instead would preserve.

Now, with Cruz’s answer being the opposite, and her keeping Emma alive, this leads her to question a few things about her choice. But she sets that aside for she has to meet Rocky’s friend Baco who she can afford to being her repair person. Though things are a little hot with them. At least due to Baco not liking to do paperwork and legal documents, and him questioning Emma’s heritage. This pushes the question of what it means to be Mexican enough and further boggles Emma’s mind. 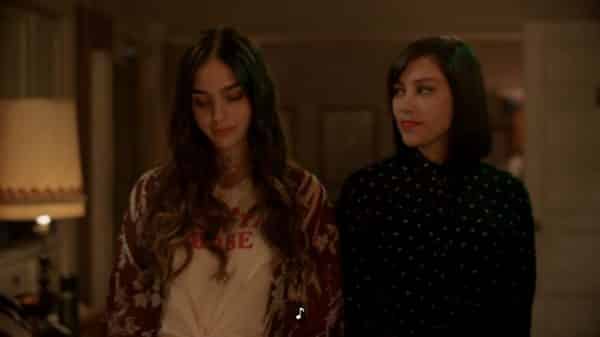 Thankfully though, Lyn provides some solace. Not in terms of the rental thing, since she asks Emma if she would want to rent to someone like herself, and her answer pushed her to bring Eddy into the situation. But, it is Lyn saying that, like Emma, she’d kill someone she loved, if they were a zombie, rather than keep them alive, which makes Emma feel a little less of an outsider.

Johnny May Have A Purpose

Eddy clearly needs someone to help take care of her, and between her insurance and Emma, I’m sure something could be worked out. Plus, you already know, Lyn and Johnny are likely end game. So him helping Eddy, cooling it when it comes to Lyn, it isn’t the most horrible way to handle things. Especially if the show refuses to have Lyn put that situation to rest.

I can fully imagine Marisol, thanks to Johnny being at Eddy’s, learning about the apartment and trying to advocate for Yoli. Alongside that, one thing I’m hoping we get out of this season is Emma and Mari having more conversations. Based off their jail time together in season 1, it seems clear they connect in a way they don’t with others. Also, with Mari not having any clear maternal figure, Emma seems like the next best thing. Heck, even a big sister would be good.

It was surprising how much I felt Eddy’s pain. It was beyond just the emotional impact of Emma hating her, Lyn being nice out of a sense of obligation, and the loneliness which came from having no other family. The stress and physical pain also hit you and just recollecting has me eyes watering and my upper lip slightly trembling a bit. And mind you, I’m typing this with it being days since I watched this episode.

One of the main benefits of the zombie question was seeing Lyn and Emma on the same page. For with them often portrayed, and interacting, from opposite cliffs, it makes a reminder that these two do share something beyond parentage a sweet moment. Plus, the more Emma is pushed to feel like an outsider, the more you recognize her struggles with not only her heritage but owning it.

I mean, just imagine you being pushed out as she was by her mother, grandmother, and having no one understand you? That one moment of Lyn choosing the same answer was likely everything to her. 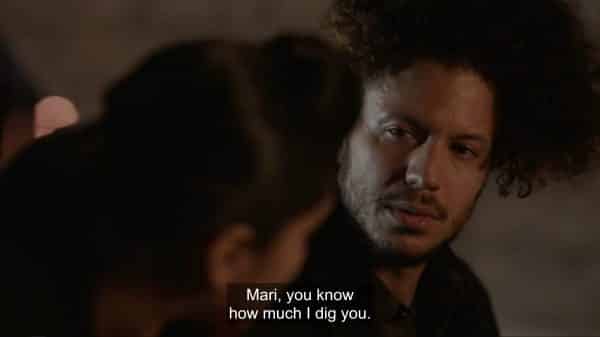 I really do mean this: Why are shows focused on women unable to toss out their exes? I get actors have contracts, creating OTPs and things like that are good with hashtag culture, but what do these dudes really have to offer? Tlaloc is a wannabe woke dude with problematic tendencies, and he got thoroughly called out in season 1. So why is he here? Is he going to change, or is it more of the same, and this is about showing poor Mari falling for a pinche cabrón who doesn’t want to take advantage of her?