Part 2 of Leaving Neverland doesn’t present a smoking gun as much as tries to appeal to its audience’s emotions after wearing you down for roughly 4 hours.

We begin in 1993 as Macaulay Culkin enters Michael Jackson’s life and, as we have heard in part 1, Wade grows jealous of the new favorite. However, as Michael faces his first trial accusing him of lewd acts with a child, so comes Wade and James, alongside their families, coming to Michael’s defense. After all, like many of us, there was the assumption that this was over money and not justice. The same was likely assumed in 2003 but a one-time accusation becoming two leads to red flags being raised.

And what part two decides to focus on, beyond the trials, is also the long term effects of Michael Jackson allegedly molesting Wade and James had. Whether it is withdrawing from the relationships they had with family, spouses, maybe even their children, or dealing with the trauma they are still trying to decipher. It all brings to question if these 4 hours, even without a single person outside of both men’s families, are enough to convince you that what they are saying is the truth vs. the truth they are presenting for whatever reason.

It Doesn’t Address A Lot 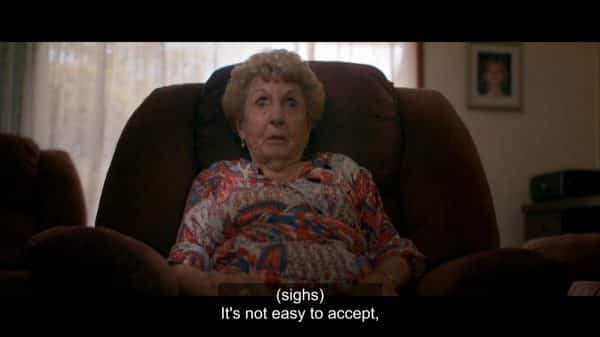 It’s not easy to accept.

From not mentioning Wade dated Brandi Jackson, his attempts to work on the Cirque Du Solei show honoring Michael, and so much more, there remains the need to be skeptical here. Also, there remains the issue of only Wade and James’ inner circle speaking who clearly would have a vested interest in them being believed. After all, as Wade said, his accusation of Michael probably affected his career greatly. Add in him noting having depression and stop working for a while, it makes it so the desperation of the Jackson Estate to protect Michael matches Wade and James desperation to find some teet to suck off of to stay afloat. Leaving you feeling that this attempt for validation doesn’t give anywhere near enough to stand on its own.

It Does Leave You Questioning Whether The Truth Was Told

Even if this is the most bias “documentary” you may ever watch, it is hard to listen to something for four hours and not be affected by it. Especially if you don’t come into Leaving Neverland convinced you are about to listen to two liars and are just looking to refute their claims. For me, did I want to believe Michael Jackson was a pedophile? Absolutely not. However, you have to admit, fan or not, that some things you wouldn’t accept if you had a child and you likely wouldn’t do as an adult.

So trying to reconcile the idea of how strange it is for a man to be maternal towards children, with how eccentric Michael Jackson was, and the accusations, is hard. And honestly, I feel the 4 hour time length is meant to beat you down like a cross-examination as you question James and Wade yet hear all these horrific stories. Thus leaving you wary about those two, but left in a place where if they got corroborators who didn’t seem as sketchy, you could perhaps come to accept they were telling the truth. At the end of Leaving Neverland, I feel this only can be seen as presenting confirmation bias. If you long believed Michael Jackson was a pedophile, this will be your evidence. Yet, if you didn’t, you’ll pull the receipts that Wade and James are highly sketchy, as are Dan Reed, and that this “documentary” has no journalistic integrity at all. It is two men’s word versus someone who is dead, and no one is put upon to speak for the dead since it would ruin the 4-hour verbal beat down meant to get you to question Michael’s innocence.

Which, admittedly, it slightly does, and that is why this is being labeled mixed. In a way, after 4 hours, I feel manipulated into having doubts about Michael by two men who are very suspect. Yet, with knowing the signs of someone being abused, wanting to believe victims, and then the legitimacy HBO and now Oprah are giving these two, it becomes hard to know the truth when only one side of it is being presented to you.

So, at this point, the only thing we can wait for is witnesses or perhaps other victims. For that is the only thing which can truly damn or vindicate Michael Jackson at this point. And to be honest, while I get the need for justice which might truly be pursued with this “documentary,” it is the classic case of it not being the message but messenger (it’s usually flipped) which brings to question the validity of the presented statements. It Does Leave You Questioning Whether The Truth Was Told - 75%