As the ladies of Trinkets return for their final season, so comes trying to figure out how to move forward despite all that seems to be holding them back. 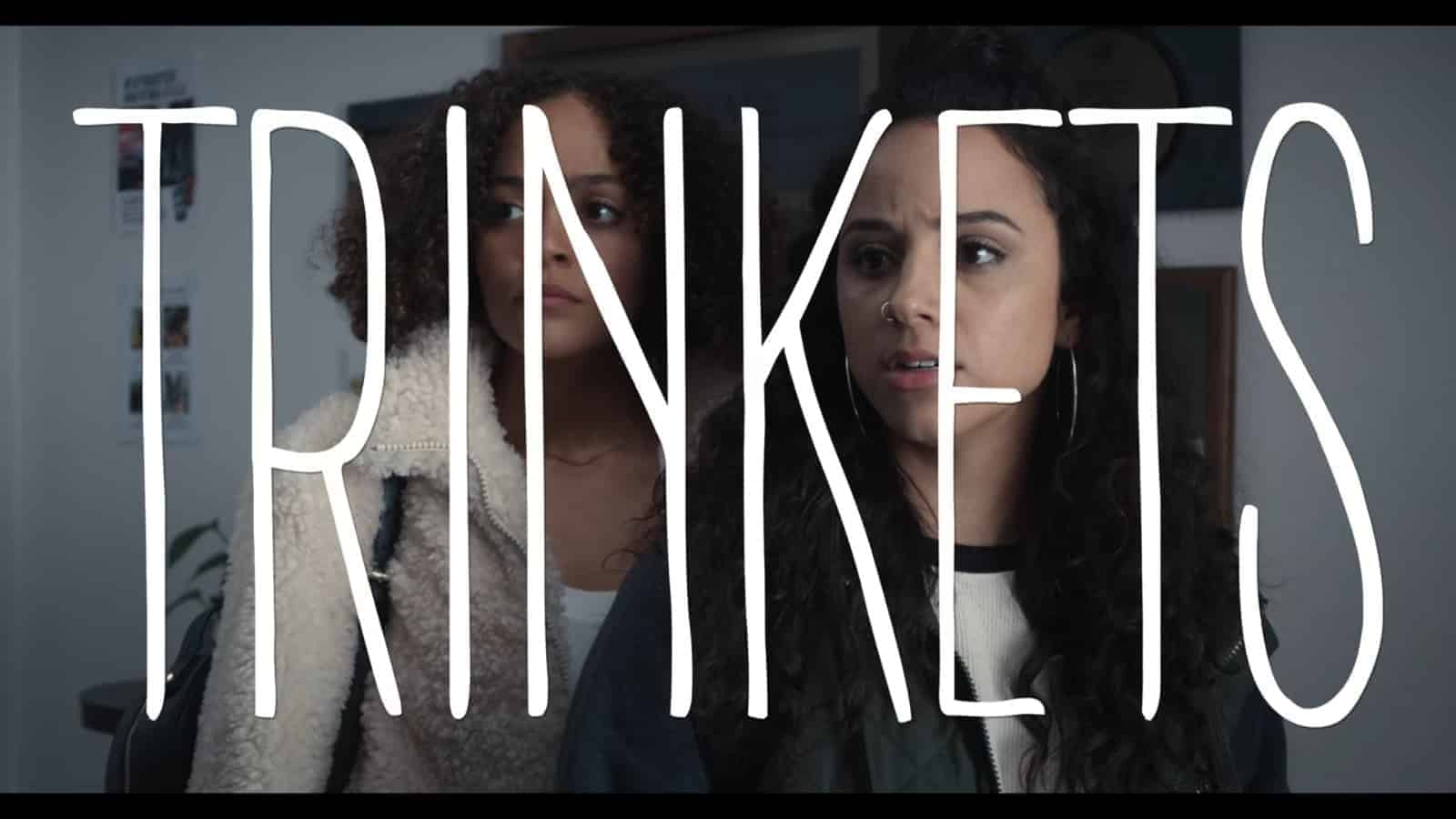 Only two days have passed since the season 1 finale, and Elodie is already over Sabine. Yes, she is amazing, mesmerizing even, but she pushes Elodie in ways that don’t make her grow but just uncomfortable. For whether it is pushing her to sing in front of a group or kissing another girl in front of her, that’s it for her. She calls her dad, and while their conversation is a bit combative at first, after his wife gets him to calm down, she is on her way back to Portland.

As for Moe and Tabitha? Well, Tabitha is dealing with Luca, who still is in a funny money situation. Add on her parents making fools of herself, and she is feeling a bit in need of a human distraction. This is where Moe comes in for while she is supposed to be hanging with Noah, upon hearing Brady claiming he sunk his own car, she sounds excited. At least with the idea being, she, Elodie, and Tabitha might just be off the hook. 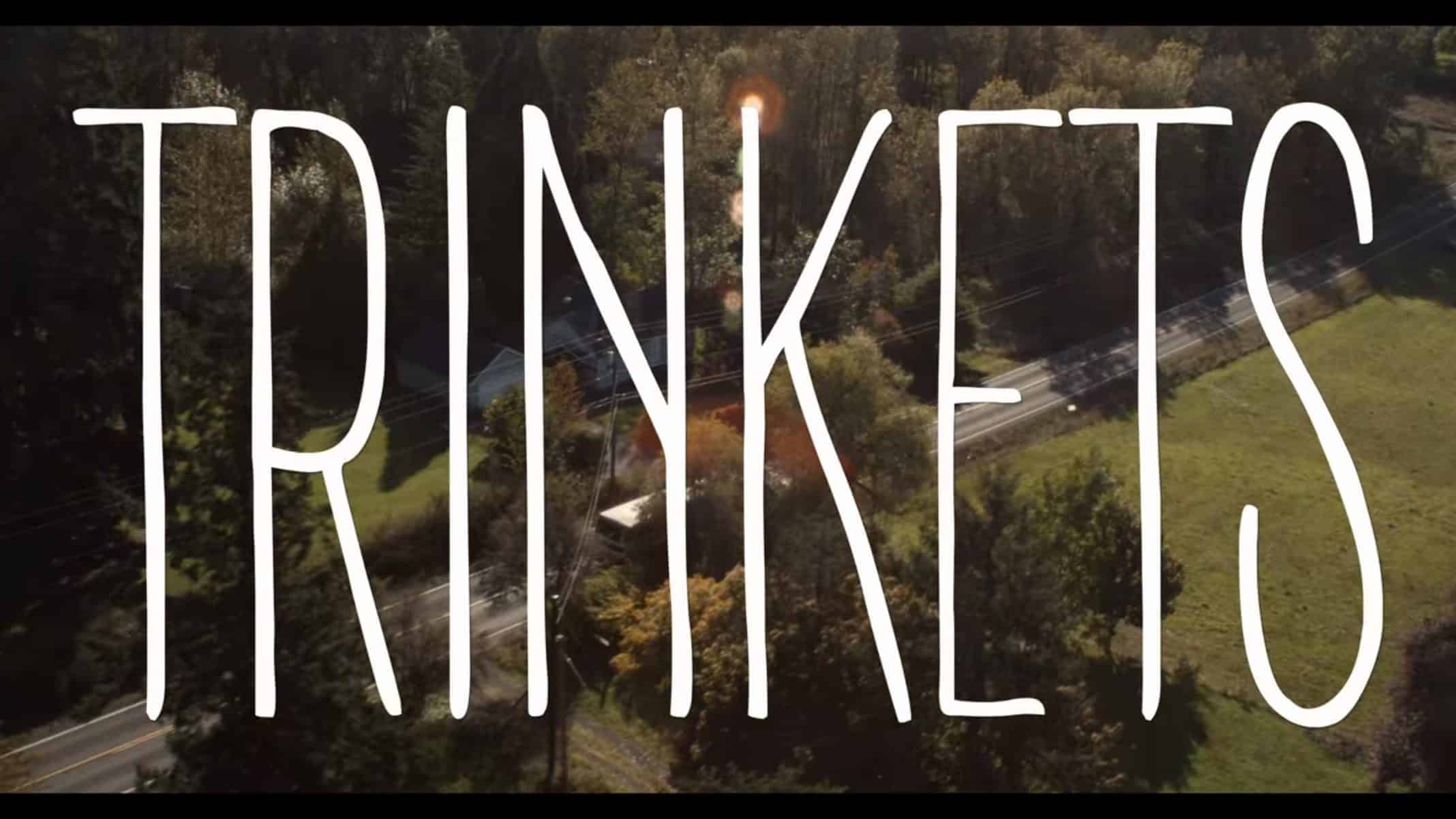 While Elodie is back, she doesn’t decide to go home since seeing how perfect things are without her makes her a bit self-conscious. This feeling continues to haunt her as she hangs out with Tabitha and Moe and learn not only is Moe stealing but might have a drinking problem.

But what really makes the situation worrisome is when Moe gets caught, and Tabitha has to bail her out with her handy-dandy black card. With that, Elodie begins to burrow deeper into the mindset that she is this terrible influence which causes Moe to remind her that she wasn’t a saint before Elodie and likely won’t be one after. However, with Elodie serious and shaken up, Moe promises not to steal again, and Elodie thinks she may have to stop doing so as well.

Leading to a need to note Noah has started to get distant, and Brady interacts with Tabitha and presents the idea that yes, he took the fall, and he will likely be owed. It’s just a matter of when he’ll come to collect and whether he’ll abuse what sway he has over Tabitha.

With Elodie officially returning home, so comes the punishments. The first being Doug getting rid of damn near all her stuff sans her mother’s ashes and a handful of clothes. Following that, he preps her lockdown by enforcing her going to SA, advocating her getting a sponsor, and saying she has to get an after school activity. Most of this is annoying, but not necessarily hard, and thanks to Spencer, she realizes band can fit the activity her dad wants. Which isn’t the worst idea because, between Noah also being in band, as a piano player, and this cute girl named Jillian, Elodie might actually enjoy her punishment.

As for Tabitha? Well, as her best friend makes a move on Brady, and Brady talks down to Moe like it is only a matter of time before Tabitha abandons her for him, she is worried about Luca. Someone who has ghosted her not just by phone but has packed up his apartment and left without saying a word. Thus worrying her and creating a bit of anger.

Yet, her anger may not match Moe’s. With her sharing chemistry with Brady, learning he is using this sunken car thing as a mental health excuse to retake exams pisses her all the way off. Hence the aforementioned confrontation. Add in she got a 76 on a test, and her former rival Chase decides to rub it in, and you can see Moe’s f***s to give have hit an all-time low.

But, with Ben around, he is able to give a pep talk that reminds Moe, despite what the Brady types say, what makes their family great is that they are hustlers. So, with that in mind, Moe gets off her BS and decide to get back to the work that made her one of the smartest students at Lakeshore High.

One of the big highlights of season 1 was Sabine’s music, and while we get it in the first episode, unfortunately, her absence means her music no longer being included. However, as a replacement, we do get some Sabine-esque music. Which isn’t the same but still has a good groove to it.

Both as a couple and separately, the dynamic duo remains the cutest couple on Trinkets, for now. As individuals? Well, while Noah remains a mysterious figure, barely having his own life, that seemingly may change as Elodie has joined band, and he not only welcomes her but also treats her as his friend and not just his girlfriend’s bestie. Which could very well lead to him becoming his own person.

In terms of Moe? With the introduction of Ben comes learning more about the family she often talks about, but we haven’t seen face to face. Add in Ben gave her that push so that becoming a screw up wouldn’t be a self-fulfilling prophecy, you have to appreciate his influence. It acts as a reminder that Moe has largely operated based on the blueprint he left, and things got shaky when others started to become her influence. Even if she denies Elodie having such sway over her.

Elodie is our lead, and it only makes sense the lead character has a love interest. After all, Tabitha has one in Luca, Moe has Noah, and you know shows don’t like having characters who matter be single. So the introduction of Jillian seems like the perfect match for Elodie since they both got that adorable, shy thing going.

However, considering how Elodie thinks she ruins everything, here is hoping Jillian can help mold Elodie’s mind and help her end that mindset. For truly, Elodie isn’t that bad. Yes, she certainly has a shoplifting problem, but Doug might have been right – all she needed was a hobby and distractions that could give her that high she didn’t know how to get from anything but stealing? And maybe feeling part of something, since she doesn’t necessarily feel that at home, could work?

I don’t know about you, but Luca isn’t clicking for me, and his disappearance is welcomed. For while Tabitha is perhaps the most mature of the three, in the times we live in, even if Luca is but a few years older, there is the need to wonder should his relationship with her get a magnifying glass to it? Never mind, while I get the Sabine hate to a point, maybe there is a need to wonder if Luca’s feelings towards her might not just deal with our promiscuous rockstar.

The mind games, the privilege, just being an ass, I appreciate Brady being the show’s villain, and while a bit corny, he has his place. But with him just meeting the basics, I do hope, though know the potential of it happening is slim, that he becomes far more complex than he has been thus far. However, considering our leads aren’t necessarily the most layered, nor their friends and loved ones, hoping the villain of the show would get such a development seems silly.

While Trinkets presents a continuation in story, as well as how it develops characters, with expectations low, it is easy to enjoy the beginning of its last season.