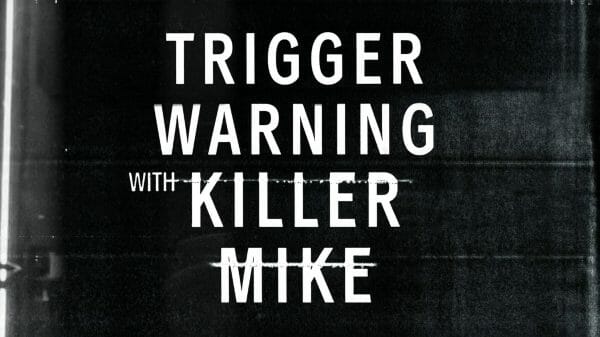 Trigger Warning with Killer Mike, while bringing up serious, potentially thought-provoking ideas, loses its edge due to how silly it sometimes becomes.

In 6 episodes, Killer Mike takes on various issues which he doesn’t understand, so he tries to fix them. Whether it is people’s love for white Jesus, why the Bloods and Crips don’t have commercial branding, or how to get people out of their bubble and engage with others of different viewpoints. Many times this is handled in a semi-serious manner. The issue itself, backed by facts and history, is shown to be a serious problem and not always just something which is of inconvenience to Killer Mike.

However, whether it is making a supergroup to perform as an opener or creating his own nation, there may come times when you wonder if the solution should be seen as serious or not. Especially considering one consistent figure, Mario, who has the kind of personality you’d expect an actor to have – solely to create conflict.

It’s Edutainment At Its Best

Perhaps one of the best things to come out of Trigger Warning is the topics Killer Mike brings up that you may not have thought about before. Take the issues brought up in “Living Black” concerning how the Black dollar circulates before leaving the community, the lack of accessible variety in Black businesses, and how separate but equal, and the end of that policy, played a role. Though Killer Mike never places the argument that racism was a good thing, or should be tolerated, there is a noted drop in investment in intercultural businesses once that policy ended. Also, just seeing him venture from Atlanta to Athens, you realize how hard it would be to try to jump-start the Black economy.

But it isn’t just things like that, there is also “White Gang Privilege.” In that episode, there is a need to question, from Killer Mike, how is it the Hell’s Angels can brand themselves, sue big companies and make money, yet the Bloods and Crips aren’t on that level – despite having the same, if not more, name recognition? It truly is fascinating the topics that are chosen, and how some of them are approached. However, there comes the point when you wonder if these situations are to be taken seriously.

At that point, you are left wondering if the show is trying to up its entertainment or memorable factor to get websites making huge think pieces – basically drumming up free advertisement. For example, Mario, after his verbal altercation with Killer Mike, returns to the show and is a consistent source of conflict for Mario presents himself as a reality show villain. This leads to you finding a reason to question the legitimacy of episode 5’s exercise, the one presented in episode 6, if not Trigger Warning as a whole. 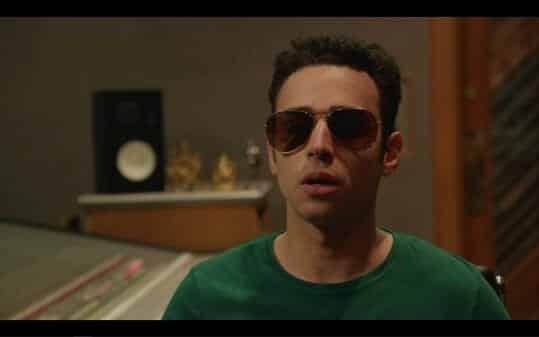 Now, I should note, considering what we saw in episode 2, it’s clear Killer Mike isn’t above thinking outside the box to get his point across. If not do what it takes to get people’s attention. However, as the season wears on, you feel reminded that no matter how good the message might be, it is how it is delivered which ultimately matters.

With Trigger Warning with Killer Mike, you see the crux and issue with trying to inform people and invoke thought. No longer can you just present facts, an educated opinion, and think people will find and understand its value. You have to add sex, comedic situations, and be borderline ridiculous in hopes someone will get the point and not get lost amongst the nonsense required to sell your idea. Which Trigger Warning tried to do to its benefit, but after a while, it destroyed its believability in an effort to keep you engaged.

Hence the mixed label. While you do understand Killer Mike’s points, from episode to episode, there comes the question of whether or not he is using comedy to make them digestible or if we should take him seriously at all. For, similar to the show Atlanta, there comes the point when the madness gets in the way of the deeper meaning, and you’re left questioning what you’ve just experienced and sometimes never getting to where you, as a viewer, were supposed to arrive.

Has Another Season Been Confirmed?: Not yet